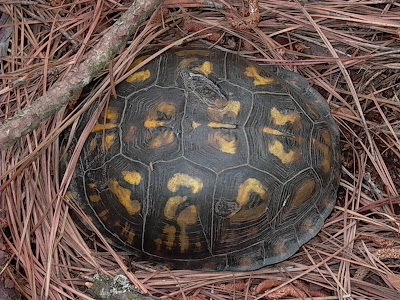 Without forest fire, eastern box turtles have trouble moving through the forest
I celebrated my last planned turkey hunt of the spring by taking some photos of a common but interesting habitat out here in the mid-atlantic - marginally wet oak-pine forest! And of course, I also celebrated the hunt by NOT harvesting a turkey........again. Oh well!

Oak-pine is somewhat of a climax forest out here, so here's how it gets that way: a forest stand is destroyed or "highly disturbed" by one of our four major natural forces here:

The first (native) trees to come back on the coastal plain are Loblolly pine. Due to their tolerance for disturbance, they often are the only trees to immediately recolonize an area. This colonization historically resulted in a now rare habitat on the east coast: pine savannah.

However, since flooding and fire are mitigated to some extent in our current society (think dams and Smoky the Bear), this habitat is being replaced with less disturbance-tolerant plant communities, such as Oak-Pine forest. As the canopy closes in, some really neat understory plants and wildlife recolonize the site. These forests are productive in extremely poor soils (flooded to xeric), and the plants tend to exacerbate soil conditions by shedding very acidic leaves. In vernal pools, you can see the tannic acid: 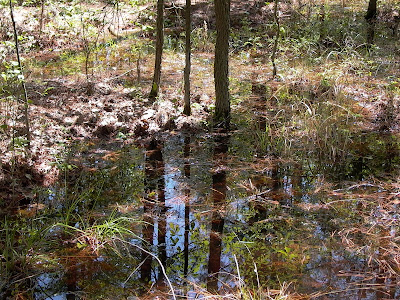 Here are some shots from today's hunting spot (an oak-pine forest managed for occasional pulp production): 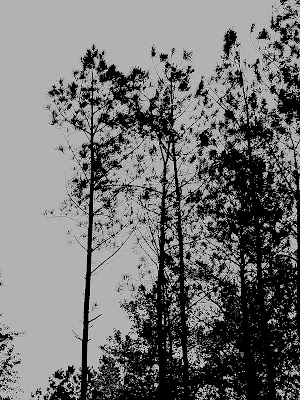 Swamp Azalea. This one has been mangled by the large deer herd in this forest stand. 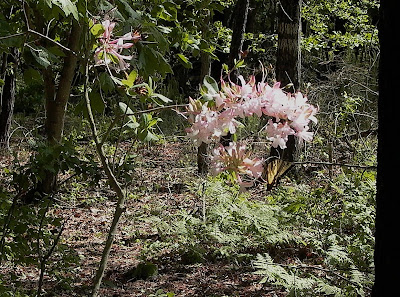 Sweet Pepperbush. One of my favorites. 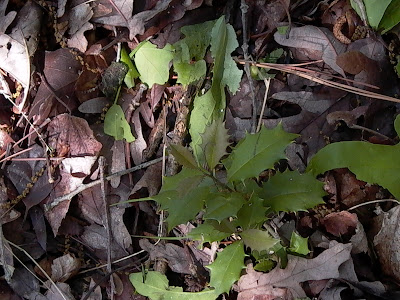 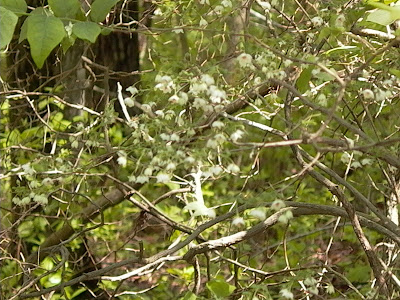 Red-backed Salamander - rare leadback phase!!! Would have been an amazing score, had my camera been interested in focusing....time for a new camera. 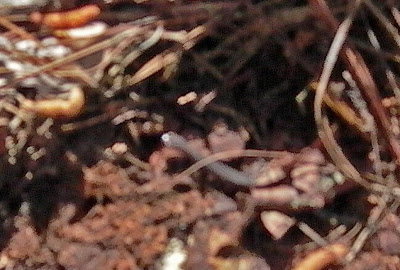 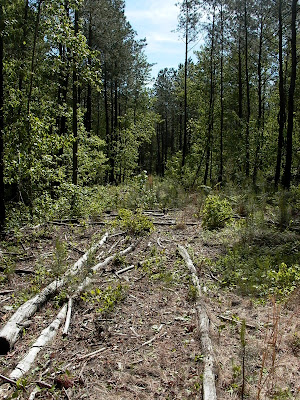 Other species I was really looking for but couldn't immediately locate are Northern Spicebush, Sassafras, Black Oak, Club Moss, and Poison Ivy. And one more...what was it? OH YEAH, the Eastern Wild Turkey! Maybe next spring.

I really enjoyed reading about the coastal plain ecosystem that you have so nicely described. Very different from anything here in Ohio, I love learning about new systems. Great box turtle pic.

Thanks Tom. Notice the battle scars on the box turtle? Wonder who gave him those.

Shame about the salamander.
I've run into a few very large tiger salamanders laying eggs lately here in Santa Fe.
Quite a turn about from the feeble looking newts I used to catch as a kid back in the U.K.

Tigers are the best! Their population out east is low but relatively stable (at the moment).