Weekend at the Delaware Shore 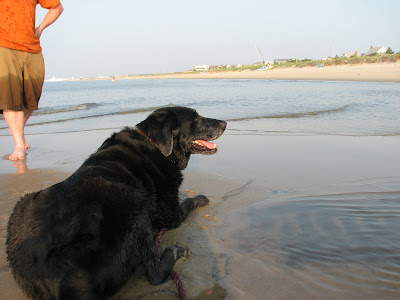 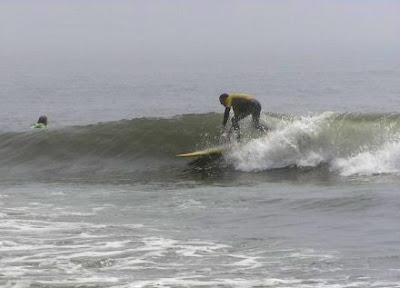 Well, there are a lot less high-flying adventures for ol' Swamp Thing here, now that gas has reached $3.99 / gallon in our area. However, we know a good opportunity when we see it.

Delaware!
The surf club I belong to participates in an annual fundraiser for the Surfrider Foundation, the Toes on the Nose Longboard Team Challenge in Ocean City, MD. Since I no longer ride a longboard (last session on one was in 2006!), I figured I would just show up, support our teams (we normally field a competitive team, and a "drinking team" for the event), get belligerent and sunburned, and eventually go back to our friend's house and prepare for some "real" surfing sunday morning.

Of course, that's not how it went down. Around 7am on saturday, I was out in the surf on my longboard in the dense fog, lamenting at how out of shape I am, when our current club president paddled out and yelled "You're on Team 2! Is that cool?" Of course, I said, "Yes," which really meant, "No, not ever." I have competed in several types of surfing contests before, and my personal opinion is that competition formats ruin everything I love about the sport - quiet, relaxation, self-competition, communion with nature. Add a bunch of competitive surfers, regulatory surf zone buoys, bullhorns, a PA system, and score cards....and it's all lost. To me, anyway. But at least this contest is for a good cause. 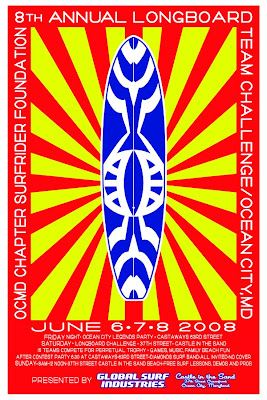 Anyhow, I received my day-glo green contest jersey and waited in the queue for our turn to suck, I mean, dominate, the competition. It did not help that the waves were 2', weak, and inconsistent...let alone hard to read in the fog. We did OK in the warm-up heat, which is scored, but no team is eliminated as a result, and I took another breather. I gathered up enough strength and motivation to really get it done during the elimination round (Round of 16), but then I was truly (sadly) exhausted. Well, lo and behold, our team (including me) advanced to the semi-final round! My feelings were really mixed because I was exhausted, it was almost 100 degrees outside, the waves were pretty awful, and at some level I still wanted to compete and win. 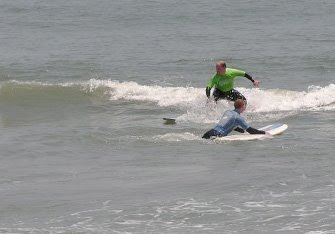 To prevent a long story from becoming longer, suffice to say that we failed to advance to the semi-finals. At that point, the drinking began in earnest, and I started to coordinate my beach evacuation with Aim, who was shopping north of the MD/DE border somewhere.

Eventually Aim made it through the Hot Rod Show / Senior Week traffic in the Swamp Mobile and we headed back to chill out a little bit. Illegally, we took Roan out on the beach in the Delaware Bay, where the horseshoe crab spawn is wrapping up. Roan had a blast and he was happy to get cooled down. Everybody relaxed saturday night, as the 99 degree heat did not subside until about 1am. 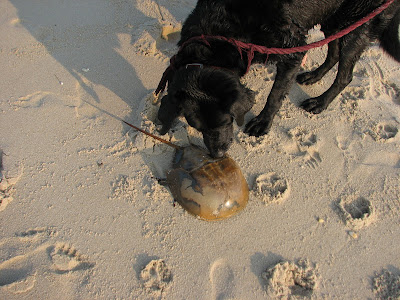 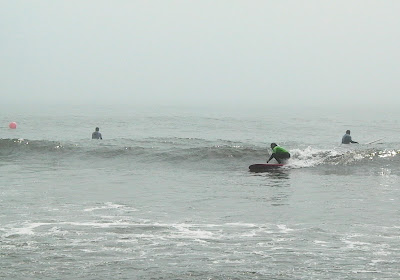 Our host for the weekend..a pretty accomplished and mellow waterman

On sunday morning, we grabbed a quick surf at historic Fort Miles ......with about 20 other new friends I'd never met before:( . Oh well - everybody surfs weekends during the summer. The waves were not super cooperative, but I got to ride my "stand-by" board - a 7'8" WRV fun-fish, which is a great little wave catcher in surf up to about chest-high. Some fun drop-ins and fast bottom turns were had, but between the big crowd, poor waves, and my out-of-shape self, the advanced technical stuff stayed in the proverbial "bag of tricks" for another day. As always we were blessed with amazing food from our friends at Dogfish Head, and some great fellowship with other surfers and all of Roan's labrador friends. 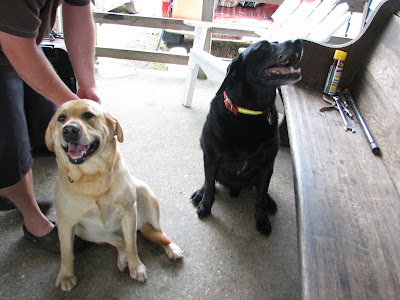 OCEAN TIME! So jealous- I'll have to take Ronney on a trip there...to see Mrs. NOCK and the nockmobile! 1970 auto aerodynamics at it's best!

It's KNOX you dum dum.

Y I gotta be a lolipop? Ur da sucka duk boy!

Thank god you are not an english teacher. That was atrocious!

Hey Swamp, glad to hear you got out and cool write up. Ah, Delmarva where I learned to surf. Lets hope for a good tropical season. Be back there in Sept, but my folks are now in Newport RI, at least for the nicer months. May try to squeze in a MD vist as well, in laws in St Michaels good buddy in OC. Always love going back to the Indian River Inlet, where I caught my 1st real wave. Plus wouldnt mind cheking the Dogfish flagship. Glad to see MD doing the EC beer scene justice. Still reading for the MD updates.

I've surfed Point Judith & Town Beach, as well as a little bit of cold water surfing up on Cape Cod. I love the coast of New England.

Surf has settled down for the summer. This is the second day in a row I could have gone, and it's flatsville.