On 15 Years as a Wetland Technician & Biologist: Part 2 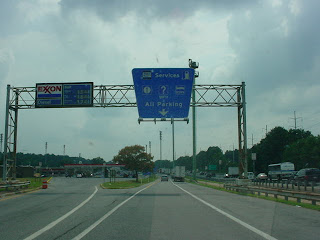 Good to hear from someone who feels the same way I do. I work in the corporate world for a large engineering firm (doing Environmental assessments of which, wetland delineations are an integral part) and I have come to realize; youre not saving the world, youre destroying it for the highest bidder. Even though things havent turned out the way i though they would, I have taken the well-paying office habitat, for now...

Thanks for the comment! I think "destroying" is a bit strong of a word. Many of the resources impacted by human activities are already pitifully degraded to within an inch of their life - a fact that many regulatory agencies refuse to admit, or even take into account.

Everybody has to work, and we can't all be Lady Gaga. So you make a living with the skill set you have, helping people comply with environmental law (or at least, an aggressive interpretation of what the law is). Who can fault you?

It's almost 20 years since I had my first "real" technician job as a biologist. I've made choices and changes to find a positive way - I highly recommend that approach - even if it's just making changes to how you work for your current employer. Don't know if I'll ever fulfill my exact "dream" of a career I had at age 20, but I've created an alternate reality that feels pretty awesome. It's possible!!!