A google search of my current home life looks like this: 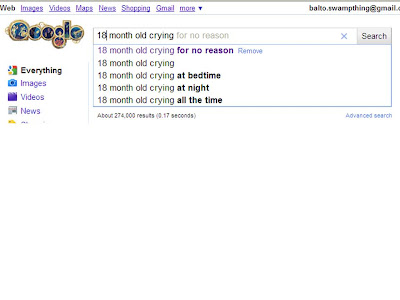 You wouldn't think that the screaming, crying animal baby who has invaded our house is literally the same person as this guy: 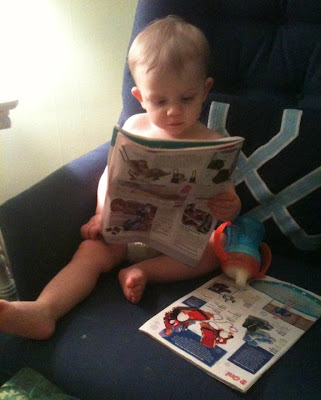 But somehow, it really is the same, the one and only, the Hankinator.   Our house is in complete chaos!  I wonder what our neighbor think of the 12am - 330am scream fests over the last few nights.
at February 10, 2011

Look on the bright side, years from now it will be a memory. Adorable pic btw!

That boy is too adorable for me to believe all that screaming is coming from him ;)

He is a junior ladykiller, for sure. He has a whole routine he runs through, from tilting his head and smiling, to laughing and waving, "HEY!"......every time he sees a woman in public.

We're still not sure what the meltdowns are about. His last molar is coming in, which is giving him a hard time, so that's part of it.

But I think a lot of it is him testing what he can control and not control, and trying to figure out which of those two lists the Mrs. and I are on.