When the Enemy Dies 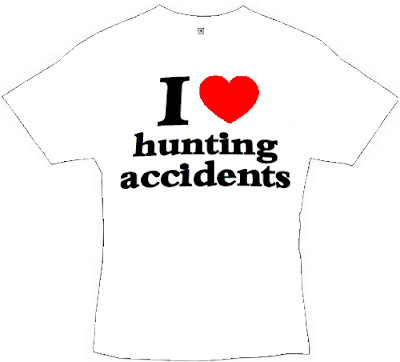 Ah, anti-hunters.  So full of hatred.  So devoid of facts.
While doing some research about the local animal rights folks who are currently trying to spay dense suburban deer populations (part of an effort to roll back bow-hunting priveleges on adjacent public land), I read that one of my great professional nemeses, their mentor, passed away about 18 months ago.
.
When I say "professional nemesis," what I really mean is, "person who carried sway in public forums, who in an absence of facts, science, or logic, typically turned to lies and fear, to pursue (anti-hunting) goals that aligned with her ethics."  This person, a waitress by profession, testified opposite of me (a wildlife biologist) in wildlife hearings, public meetings, and a variety of other conservation venues for over a decade.  She was one of those people who believed that passion was more important than laws, truth, facts, or fairness to those who disagree.  There is only la causa. History buffs will appreciate the reference.
.
She said that deer hunters orphan baby Bambis.  That hunters, by definition, cannot be conservationists, because the only thing hunters care about is killing. She repeatedly hoodwinked the media into believing (and publishing) that environmentalist = environmental scientist.  And in the face of truth, logic, and facts, she somehow still prevailed occasionally.
.
Apparently She passed away, about a week after my son was born, and her wildlife rehabilitation center (her 501c3) was taken over by three absolutely rabid animal rights activists whose work is resonating quite well with ALF (a terrorist organization).  Her inheritence is being used to spay these deer.
.
I'm not sorry I missed Her obituary.  Sound weird? I thought so too - and that's why I'm writing.  I feel like, as a human, as a christian, I am "supposed" to feel some type of common bond with this soul, maybe something like, "Yup, she was dedicated to wildlife, and that's a good thing."  Which she was.  And it is.  But my dominant feelings right are flexing between relief and "good riddance," since her passing opened the door to a new set of rabid anti-hunting leaders who know nothing of wildlife biology, conservation ecology, the energetic basis of life on earth - i.e. things must die.   I feel like a horrible person right now, essentially relieved that a woman who loved animals has died. I mean, how awful am I?
.
Bottom line - with Her departure from this world, I can hope that the next person who I face in that public arena, in Her old shoes, will be just as passionate as She was, but yet 10x more dedicated to facts, truth, and science.  Perhaps one day, there will be room in the anti-hunting community for that person.
at February 21, 2011

I get it, and think you said that very well.
I get amused by "anti hunter peoples" who meet me, decide they like me alot and I am "so nice", come to find out that I "do" the unthinkable: I hunt. Yup, the sweetheart that I am, shoots and eats her own dinner. And yeah, I even drag & gut it myself to (I even went to taxidermy school many many moons ago) its that simple and I don't feel any need to justify it to anyone. I am just as entitled to my opinion as anyone else, I will respect yours, but I expect the same in return. Funny how the "antis" just can't do that.

As a card (and advanced degree) carrying conservation biologist, her alleged "environmentalist = environmental scientist" makes me want to stab someone. I was trained to NOT INCLUDE EMOTION in my arguments. People who use passion in lieu of (vs. in addition to) facts make me INSANE. AND in the right position they can grossly misrepresent a) the actual factual situation at hand and b) other people truly trying to understand, share information, and make good decisions based on data. A very basic thing we learned in grad school was the duck stamp program (paid for by hunters) has done SO MUCH GOOD re: conservation, it's amazing. Arf.

When hunters and anti-hunters lock horns in a public forum, both sides should be required to come armed with facts, and with the knowledge that maybe they will be proven wrong on that day.

And yes, largely, hunters and anglers pay for conservation, including endangered species conservation work. In many states, the state wildlife agencies are anywhere from 80-98% funded by license sales. And yet, every year, state legislatures try to raid their fund balance, and every year, PETA-types try to get hunting and fishing banned.

Who, exactly, will pay for conservation then? Sierra Club, Patagonia, and others have lobbied Congress to make sure that birding and wildlife watching gear is NOT subjected to Pittman-Robertson taxes (one of several extra taxes added to hunting and/or fishing gear that go toward wildlife conservation).

Who's gonna pay for wildlife, if not hunters and anglers?

I have sympathy for people who want to save individual animals. I haven't eaten mammals for over 20 years because of my sympathy for them. But sometimes we have to step back from the perspective of the individual animal and look at the big picture: humans have killed off the natural predators of deer, and they are now totally out of balance with their environment. If we let them keep going there won't be any forest left to shelter future generations of deer. Sorry, but 300 years ago wolves would have killed Bambi. Now it's time for some responsible human hunters to cull the herd.

Exactly right, Elizabeth. And two uncomfortable facts that make this argument hard for both sides (1 each).

1. There MAY be a more effective, sustainable way to control deer than hunting/sharpshooting (cue: uproar from hunters)

2. Such a tool has not been marketed yet, or refined for marketing yet, or even DEVELOPED yet, or as far as I've heard, even CONCEIVED yet. So the most logical solution is to continue to hunt, where practical and safe (cue: uproar from anti's), while allowing folks who are so inclined to work on other methods that may one day be a better fit for our suburban landscape. Will it be 5 years, 50 years, or 100 years from now? Who knows?!