How Conservation Non-Profits Really Work, Part II - How the Money Comes In 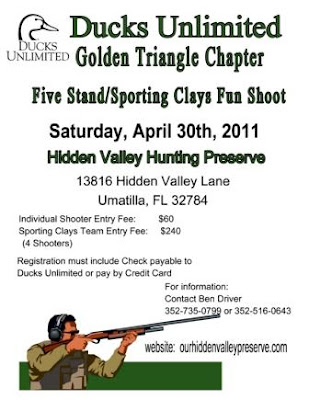 Talk to anybody involved in the outdoors who isn't engaged in a conservation organization in one way or another.  If asked why they don't participate, donate, or volunteer, the top 3 responses are probably:

Interestingly, if you ask a board member or operating officer (CEO, CFO) of a non-profit what their largest issues are, they are likely to say - off the record:

1. Lack of unrestricted funds for staff salary, operating expenses, and program growth
2. Lack of long term commitment from donors (large and small)
3. Fear of changes in the tax laws that guide charitable giving

That's a whole lot of talk about money! On either end (disgruntled volunteer or CEO) where's the impassioned plea for "the resource" or "the future of outdoor access for our kids" or other such important stuff? Sigh.  But it brings up an important point - and let's get this out of the way right now. A non-profit organization cannot exist without money.  It cannot fulfill its mission without money.  It cannot pay staff or complete projects without money.   So, to me, some of the complaining about "Ducks/Quail/Turkey/Pheasants/Trout Unlimited/Forever is only worried about money!" is a pretty uneducated take on how things work in the real world.  Are some groups more effective at using money than others? Ohhhhh yeah.  We'll get to that next time.

In this post, we'll cover how conservation non-profit organizations bring money in the door.  There are many, many, "fiscal vehicles" to get money in the door of a nonprofit.  They can most generally be divided into "restricted" and "unrestricted" categories.  "Restricted" charitable gifts are "donor directed" toward a certain project or initiative, and may have many caveats from the public or private donor regarding their use (in some cases, can't be used for staff salary, vehicle fuel, etc).   "Unrestricted" gifts are kept in large accounts and used to backfill shortages of restricted funds for important projects, used to invest staff salary in program growth (like grant proposal writing), and to generally "keep the lights on" so the organization continues to exist.  It's important to note that both restricted and unrestricted gifts are important and appropriate to the functioning of a healthy non-profit organization.

The most common "fiscal vehicles" include:

Before we get into those - let's mention an important caveat - the IRS Quid Pro Quo Rule.  How important? The google search for "non profit quid pro quo" turns up 249,000 results.  To spare you the latin and the legal history, a quid pro quo donation is one that comes with strings attached that all parties acknowledge directly or indirectly.  The IRS can tax quid pro quo donations that are made with a donor's expectation of a "not insubstantial" service or gift, or there is a "tangible" benefit to the donor.  The nature of things, I've found, is that donors of all financial levels would love to enter into a quid pro quo donation, however, most non-profit organizations try to avoid this at all costs. More on that later!

Unrestricted small gifts.  At some point in the lifespan of a nonprofit, the organization will almost definitely subsist on small, unrestricted gifts.  Why? It's easy to reach a large number of people and request small amounts of money. Everybody feels like a "member" and they feel vested in the organization.  That can be a problem too, when little old ladies want the organization to "help" them in some way after donating $10 per year for 20 years.  Again.......quid pro quo.  In most cases, these unrestricted gifts will be used to support operational costs, travel costs, employee benefits and salaries, etc.  Some non-profit organizations have explicit policies to not use small gifts to help pay for real program delivery (swamp bridges, reforestation, boat ramps, etc).  That should raise your eyebrows a bit, but remember that without a staff person, there likely is no project.

Major Gifts.  This is where it gets fun.  Individuals and corporations often choose to donate to major donor campaigns, usually in amounts over $10,000 , because the non-profit group will allow the donor to direct or "restrict" their gift to a particular project, region, or initiative.  Again, in most cases, the organization's goal will be to honor the donor's wishes but also present the case for "unrestricting" the funds, which benefits the non-profit group.  The IRS has specific regulations against re-directing restricted funds (without donor approval), even if they are from a private individual.  I guess some people (lawyers) call that "misappropriation" or "fraud," both of which are apparently looked down upon these days.

Most non-profits with paid staff (and any organization who obtains federal funds) have a record of exactly what your funds have been spent on, if you are a major donor.  You have every right to call and ask them for a printout, or request a meeting to discuss it.

Grants and Partnerships.  This gets to the real work of non-profit organizations.  If a government agency wants to take on a project - say, a stream restoration project - they have two options:  1) send the project through the arduous government procurement office, be forced to accept the low bidder, and hope the job gets done, or 2) give the funds over to a non-profit organization by way of cooperative agreement and let the non-profit group do the project.   Many private foundations also offer grants to non-profit organizations, with similar expectations of performance. Grant funds, in most cases, are the financial muscle behind conservation projects.  $25,000 or $200,000 or more can be floating around, waiting to be directed specifically at habitat work, landowner outreach, or whatever the current priority may be.

Interest on Prior Donations.  These days, very few organizations have this income stream available to them.  However, groups like the Nature Conservancy have used a 30 year backlog of donated (non wilderness) properties into a cash endowment and use the funds for salaries of their staff and other operational costs that new donors may not want to support.  In this economy, that interest is not being generated in those old accounts, and in the case of the Nature Conservancy, staff have to be laid off (over 400 staff, in their case).  Income from interest can be a great secondary funding source, but I'd hate to have my job or my employees' job riding on whether the interest rate is 3.75% or 4.1%.

Quail Unlimited
QU has had a tough road.  Going from 400 chapters to about 100 in 2009, and almost entirely focused on small private gifts and large private gifts, the organization could not meet payroll in November 2009, after its line of credit (a common business tool) was cancelled.  The bottom line is that the organization did not have  sufficiently diversified income to maintain at least a skeleton staff and keep funding the "most important" programs to the organization.  Instead they relied on the traditional "banquet system" by which local chapters raised the bulk of the organization's funds.  A portion went to headquarters to run the organization, while a portion stayed with the local chapter.  This approach is very popular with conservation volunteers, but does not tend to really benefit the organization's bottom line, or deliver any significant amount of wildlife habitat.  Any non-profit group with this "profit sharing" banquet system should have significant resources dedicated toward raising other types of funding.  It's absolutely essential.

When the employees were furloughed and the QU headquarters were closed before Christmas in 2009, I guess it became clear that this "Locals Rule!" model is not the greatest for delivering sustainable, high quality wildlife habitats.  QU has since gotten their act together (I hope) and opened a new headquarters in Georgia.  In the future, QU will have to do a better job in raising unrestricted money that can be moved inbetween regional priorities and chapters - to do so will require building trust that the organization has local chapters' best interests at heart, instead of just "giving a chapter their take" and hoping that good habitat is being built, and enough money is going to headquarters.

Nature Conservancy
The Nature Conservancy (TNC) is the world's largest conservation organization, with about 4,000 employees.  TNC is essentially a non-profit land broker, although they also restore habitats, lobby for conservation laws, and conduct some outreach work with volunteers.  TNC obtains land through donations and "bargain sales."  If a donated property does not have significant wilderness value (i.e. your house), then they sell it and keep the cash for their programs.  If a property does have significant conservation value, they normally protect the land via easement or restriction and then wait for a fortuitous opportunity to sell it at full price to a local, state, or federal government agency as a park or preserve.   It's actually a great model for doing conservation work, but everyone should understand what TNC really is (as I've described it).  Not some flowery group that just runs around "saving everything."  They are businesspeople.

By the late 1990s, TNC had accrued a significant investment fund and endowment resulting from about 30 years of planned gifts, real estate gifts, and other unrestricted funds.  In fact, during the economic "boom" from 1993-2007, the interest from these funds was sufficient to pay the majority of the organization's staff salaries every year.  Some TNC staff (who I know personally) had 50% - 80% of their annual salary covered by this liquidated interest (which, remember, cannot be converted to profit anyway).  This was a great deal for donors, who could then focus their large donations on specific initiatives and projects without having TNC beg them to allocate some of their funds toward TNC salaries (often an awkward conversation).   It's hard not to respect TNC's diverse range of income, from Federal grants, to land sales, to investment interest, to donations.  Just an outstanding portfolio.

Then came the crash.  By late 2008, many of TNC's funding sources had dried up.  There was no income from interest.  Within months, TNC's worldwide staff was reduced by 10%.  About 450 jobs in 30 or so countries.  It happened that quickly.  In reality, 10% isn't significant when you think about the 15-20% of staff lost by the second largest conservation non-profit (Ducks Unlimited), or the 100% of staff lost by QU.  But it goes to show the importance of income and income management to non-profit organizations.