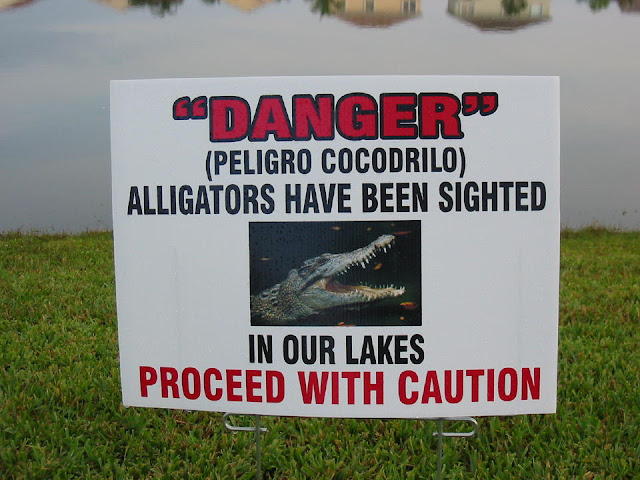 Any modeling of alligators at the northern end of their possible range (somewhere in Virginia) has an inherent difficulty with reality.  The fact is, if a gator moves into a new habitat where there is a human-alligator conflict, the alligator will be removed and probably not re-released into the wild.  I anticipate it will start happening in Virginia with some regularity because there is a far higher chance for human-alligator conflict in southern Virginia than there is in the sparsely- populated swamps and forests of northeastern North Carolina.

Those alligators in North Carolina appear to be on the move northward, and wild individuals have been spotted on the Virginia side of the border over the last several years.  Most recently (3 months ago), a mature gator was spotted less than five miles from the Virginia border.  Of course, state and federal biologists in Virginia still claim that there are no alligators in Virginia.  None.  Zero.   So let's ignore them for a moment, and look at how alligators are actually (and could potentially) move from North Carolina to Virginia.

﻿﻿So to complete this migration modeling exercise, I included not only the most likely habitats and areas to become alligator habitat in the next few decades (covered in Part II), but also a general overlay of gator habitats where alligators would be least likely to be removed. These areas include remote canals, extensive privately owned wetlands where the gators are least likely to be encountered, and publicly owned land where alligator intrusion would most likely be allowed to occur, whether for biological, public perception, or regulatory permit issues.  This really means remote portions of wildlife refuges and wildlife management areas. 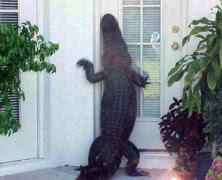 Of course, as alligator-human conflict history has shown us, alligators do not always go to where they are safe – they are looking at a set of habitat needs that do not include whether or not humans are present. As a result, they occasionally set up shop in areas where they are very much not wanted, and are quickly removed.

Depending on landowner desire/agency policy at the moment, I believe that a Virginia nuisance alligator would be most likely transferred to a captive habitat, and not released elsewhere in the wild.....again, stalling the northern migration of the species.

Areas most likely for capture and relocation (thus stalling the northern migration):

Given all those factors, I've come up with ten spots in the Tidewater region that are most likely to see repeated visits by alligators in the next decade or so, and are less likely to result in alligators being captured and removed.

Just from looking at the map, I can see connective bodies of water from known ranges into Virginia. And since I've seen one or two (thousand) gators in my life, I say that if there's any possible waterway for a gator to swim up, they will. How hot does that water get in summer?

I know that I found a gator in a mud puddle in some pine flatwoods last summer 10 miles from the nearest permanent body of water. They move!

Alligators have been in our area since at least 1996. We are a tad west of your mapped area and our county in NC borders VA. We have a peaceful co-existence with the gators as long as people don't do thoughtless things like trying to feed them.

Alex - both the ICW and the Dismal Swamp Canal get up to probably 78 degrees or so. Limiting factor in permanent migration into VA "could be" egg incubation due to cool spring nights.

But if nothing else, SEVA will become a habitat for bachelor gators, as the population in NC grows more dense.

The Other Swamp Thing:

What refuge do you folks live on? The furthest west I (think I) mapped is the population I know about at Merchants Mill.

A big factor in their migration will be human behavior, namely 2 - stupidity and intolerance. I think that at first, the vast majority of gators will continue to be removed because people are so ignorant of wildlife and how to live around it.

I was talking to a guy while I was on the Cavalier WMA. (It is in Virginia on the NC border.) He told me he had seen a gator there a few years ago and to watch out. It seems to be common knowledge amongst the locals that they occasionally swim up here.

Cavalier WMA and the ICW get my votes since they have been photographed or collected in or around those areas for years.... Most locals acknowledge they are there. Questions is are they reproducing. Great work!

I know they are living in extreme southeast virginia.ive lived in miami florida most my life but always been facinated with alligators exteme northern most point and so when i moved to richmond,va i headed to great dismal swamp and i saw evedence all over.expecially by the canals! if u look at the banks u can see the spots they most frequent use to slide into and crawl out of the canal.unfortunatly i haven't seen them there yet but i know they are there,many ppl living in florida live their whole life without seeing an alligator so...

Нello, i think that i saw yοu visited my web site so i came to “гeturn
the favor”.I'm attempting to find things to enhance my website!I suppose its ok to use a few of your ideas!!

Here is my page :: Chemietoilette

An 800 pounder as hit and klled in nearby Dare county, NC