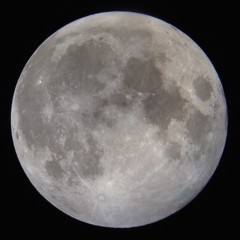 You've heard the phrase "once in a blue moon."  Well, as it turns out, a "blue" moon" is fairly rare, and an actual blue moon is very rare indeed.

The "blue moon" has been a recurring theme in bluegrass and country music as well as sci-fi / fantasy writing, so there are quite a few people willing to chip in their interpretation of what "blue moon" really means.  What's even harder is finding a picture of a "blue moon" that has not been photoshopped to royal blue.  Oooooooh so creative, yet so mysterious.

We have a couple of rockabilly and psychobilly selections on the "blue moon" so let's get down to that  first.


We'll start with possibly the most recent and absolutely most haunting version of Bill Monroe's "Blue Moon of Kentucky," by Australia's Zombie Ghost Train.

Let's work with two reasonable, non-ninja types of blue moons.  First is the astronomical blue moon.  At some point, the writers of the Farmers Almanac made the assertion that in the case of a season (spring, summer, fall, winter) with four full moons (three is typical), then the third one should be called a blue moon.  Well.  That's not very exciting.

Let's go back to Bill Monroe, who penned the song in 1946.  Here he is performing the tune on the Johnny Cash show (God bless America!!!):

That brings us to the "Visible Blue Moon."  This is the rare one.  Turns out that a massive mobilization of huge amounts of small particles into the atmosphere - like from volcanoes and giant fires - that just happen to be larger than the wavelength of red light (thanks, Wikipedia!) - can allow blue light to shine through.  However, it's much more common for those same polluting events to mobilize very small particles, resulting in a red moon.

Bill Monroe wrote "Blue Moon of Kentucky" in 1946 - also the year that Sky and Telescope (mistakenly) published that the second full moon in any month is a "blue moon."  Maybe that accounts for the song.  Or maybe, just maybe, something else was happening in 1946 that could make a man write a song about a blue moon.

In March, 1946, the victorious Dutch Pacific army arrived at Badung, Indonesia, a city of 750,000.  Indonesian freedom fighters had held the town since the Japanese surrender, and the Dutch now required that the freedom fighters surrender the town, disarm, and go home.  Rather than capitulate to Europeans again, the Indonesians burned half of Badung to the ground, in what became known as the "Badung Sea of Fire." I don't know how much ash was mobilized, or whether it was 8 micrometers (blue) or 6.9 micrometers (red) in size.  I wonder how far the ash cloud reached?

Perhaps that's what Bill Monroe saw in that 1946 Blue Moon of Kentucky.

Blue Moon beer is about as close I get to seeing a blue moon ;)