As I've mentioned before, I never claimed to be the world's smartest man.  That being said, I maybe know some things about plants.  I have a masters degree focusing on plant geography, my 14- year career has been all about restoring plant communities, and I also happen to be a Master Gardener.  In fact, I teach Master Gardener courses - about plant ecology -  in my spare time.

In a previous (largely unnoted) blog post about ageism, I complained about how older folks automatically assume that younger people are idiots.  That's the framework here.  In a quick stroll around the City Farm last week, I saw many pathetic looking gardens.   I once stopped by to chat with the gardener who manages the disaster area in the photo below. She was pouring Sevindust over every plant in her garden and I said,

And her garden?....drumroll............
A month earlier, a man was broadcasting lettuce seed thickly across his entire garden plot. I said, "Wow - those'll be hard to thin if they grow!"  He shot me a glance and said, "Don't think I asked for your help."

His garden?.......drumroll...........
Then there was Ursher.  No, that wasn't his real name, but he drove an amazing BMW and he wore giant gold sunglasses, a giant gold watch, and a super tight v-neck t-shirt to come weed his garden.  I mean... ...whatever works. He was my age or younger, so I assumed (why? I don't know) that he might know some stuff about progressive gardening.   I mentioned to him back in May that he should mulch or plant something (anything) inbetween his rows to stop the weeds from coming up.  He looked right, and looked left, and said, "The garden shades itself.  That's how a garden works, man." I haven't seen him since then, but this is how his natural/epic weed-free garden looks:

Ha! I guess he was right - his crops of wiregrass, morning glories, and pigweed totally dominated the noxious weeds he had in his garden, like tomatoes and squash.

I make plenty of mistakes.  Enough for a few people.  Or a small army.  So it ain't about perfection.

But why are people so damn ornery? 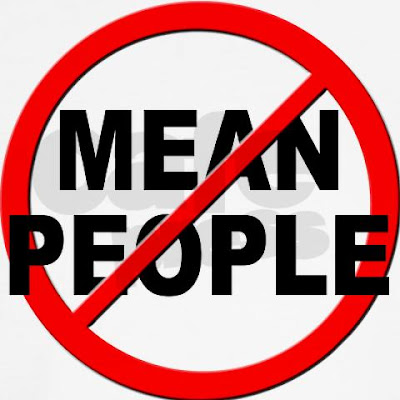 I know what you mean. It's pretty bad when thousands of people read my blog and I can't get my father to put down a kill mulch, isn't it? :-)

That said, I'm a fan of the "plant the lettuce really close" club. If you're going for leaf lettuce and start harvesting it very young, it just turns into a sea of lettuce. Of course, that assumes you're like me and love baby leaf lettuce, so you cut it down nearly to the ground three times a week....

This is the first thing related to plants that I've found amusing all week :)

I have a practical plant taxonomy course this semester and I'm ready to claw my eyeballs out.

Anna - that's a parent thing. Now, if your dad paid a garden consultant $1,000 to figure out the "weed problem" and the consultant said the same thing, your dad would take their advice. It's the way of the world.

Alex - my plant tax professor was Estonian. Our lab TA was Chinese. It was freaking horrible. They misspronounced latin in two different, atrociously bad ways.

Oh, Swampy - that's the story of my life! It's one thing when total strangers diss you by not heeding your good (infallible, even!) advice. But it's even more infuriating and hurtful when just about all your friends and family members (and dog!) don't pay attention to a thing you say, either. Even when you are the acknowledged "expert" in the topic. Oh, well. As my Nana used to say "Those who don't listen, feel."

You speak the truth!

ah, the proof is in the pudding, eh? I was relieved to see that the overseers of those plots which are nicely tagged with funny interpretation were also kinda rude.

Yes re: "expert" and people blowing you off like mad.

That was one thing that took some time to get used to when I was no longer an NPS-uniform wearing super tall blonde chick: I was just some super tall blonde chick spouting biological stuff and folks would look at me as if I had 2 heads, eyes fairly shining with suspicion (why so wary, I wondered). When you wear the uniform, most people assume you are educated, and are there to help/edify, all towards a selfless goal. Wearing civies, not so much. Kinda sucked. Oh, well. =)

The only way I "win" arguments with my husband re: chicken care is to ask him, if I'm really being uncool, "Have you read SEVEN books on chickens?" And watch his face say, w/o words, "Did you really just play that card?"

I do, however, "win" those arguments. Probably mostly, though, 'cause I am Chicken Care Queen (it's my job here @ home) vs. he's really convinced.

Your gorgeous garden plot is the ultimate testament to READ AND ASK AND LEARN AND GROW. Great words to live by on so many levels, and clearly, you've benefited from it, as has the land you (don't) till.

I realize my last comment was long, but:
YES re: reverse ageism

Your DELICIOUS sarcasm on the "not trying to grow mud and pebbles" has just made me LAUGH out loud AGAIN. I KNEW the line was coming, but it still made me guffaw.

(sorry total gaff = 3 comments!!)
@Alex & River Mud:
My least favorite bio class in undergrad was cellular plant bio. All I wanted to know was what different plants were, what the community types were, etc. (very macro-level stuff, but this was only class I found) and I learned about alpha-aleurone layers.

Kill me. Kill me now.