As I've written about a few times over the last several months, last winter's cover crops failed in my little garden  plot.  Hank and I threw some hay around to keep the erosion and weeds to a minimum, with moderate success.  But now it's time to plant summer crops.  In a little bit of digging for pepper and tomato plants, I found my no-till beds to be surprisingly hard and blocky - there were no cover crop roots to keep them broken up over the winter and spring.

I'm very protective of my garden soil, so given that and the level of difficulty it seems to require to chase a 2 year old around the community garden while I weed and transplant, plus the fact that my child does not eat vegetables for some reason, I've decided to "rest" or "fallow" about half of my garden this year.  The primary purpose of this practice is to rest the soil and allow it to rebuild.  A secondary purpose is to only grow food that we will use - and last year, we didn't use big chunks of our harvest.

A far secondary (tertiary?) purpose for doing fallow plots is that it's a convenient excuse to experiment with plants that you might not otherwise consider in your garden.  That's exactly what I'm doing this year.  Our contestants:


Bienenfreund (Bees' Friend).  This is a new flower to me (genus Phacelia).   It's used as a summer agricultural groundcover in Europe, and judging by the name, it attracts a few bees. I had never even heard of this flower two years ago, and then both Seed Saver and Territorial (I think) picked it up in 2011.  Pretty lavender flower.  Looks like it wants to grow laterally instead of vertically.  We'll see! It'll be growing in a bed that was summer squash in 2011, and tomatoes in 2010. 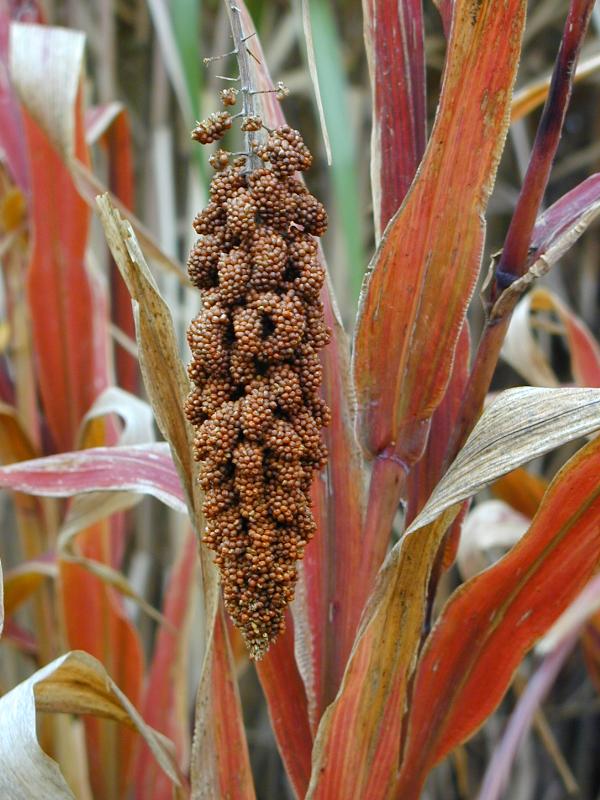 Heirloom German Foxtail Millet
I've had a great time growing "Purple Majesty" millet over the last two years, and it certainly comes in handy during spring bird migrations.  If you are a bird hunter or a bird watcher, the photo to the right better excite you.  Or else.  Look at all that bird food!!!  This looks like an incredible plant for the fallow garden, but remember that millets, like corn, need a fair amount of soil nitrogen to grow very well.  While that's a strike against it, the plant is very effective at sending out fibrous root systems, which will help break my no-till soil.   Millet is also edible and is the base for the middle-age treat known as "gruel" - kind of a millet porridge. The millet will be growing in a bed that was used for sweet potatoes both in 2010 and 2011.

The reason that millet is on this list, but sorghum is not, is because sorghum has a pretty weak rooting structure, while needing almost as much fertilizer to survive as corn does.

Red Hopi Amaranth.  This plant has only been used by Americans for about 14,000 years or so, so I guess that means it's OK.   Amaranths around the world (like pigweed) are considered weeds, but like millet, they contain small, digestible, high protein seeds.   And like millet, people prefer to not have to eat it, if at all possible.

Oh, the name.  Hopi people were known for their use of this red dye (which has been synthesized into what we now call Red #2).    I'ts a powerful pignment.  I don't know anyone who has ever grown this.  I'm growing it this year in a bed that held sweet potatoes in 2010 and 2011.

Like the amaranth above, but a recent development by nursery folks.  Due to its basic form,  you can tell it looks less like the pigweed-related "Hopie Red" and more like the decorative amaranth "Loves Lies Bleeding."

Sunflowers are starting to make a name for themselves in cover crops.  They are hardy, take a lot of abuse once established,and hey, everybody likes sunflowers, right?

On some Superfund sites, they are even used to remove toxins like arsenic from the soil.  The only problem with that is that a system is needed to cut the flowers and plants (which then become big reservoirs of arsenic) and deal with them....somehow...elsewhere.

I'll take obscure mints, for $500, Alex (the image above is bergamot)!  In some ways, mints should never be considered a true cover crop because a cover crop is easily removable.  Even with many annual mints, the seeding production and seed viability are both so high that you are almost guaranteed to have more on the way next year.  That may not be a good thing.  However, mints also have a great rooting structure, have very high benefits to beneficial insects, and are known to attract bees.  I use mints more as an accent plant, so at least I can lie to myself tell myself that they are contained in one particular place.  Good theory, anyway.  Mint plants and mint seed, ranging from bee balm to hyssop, are relatively inexpensive.

And there you have it.  A step away from the usual "fallow field seed mix" approach.  Get out there and have fun!

Fascinating to see such interesting cover crops going into your garden! I hope you'll let us know how they all do -- I'm always looking for cover crops that don't suck. :-)

The bergamot is notoriously vulnerable to mildew. Will be interesting to see if you have any issues with it.

I found your post is really helpful for me.. thanks..

Anon - I grow several varieties of bee balm, and yes, in our humid climate, it gets powdery mildew. It rarely kills it though. I expect the same with bergamot, even though it's a bit of a northern species, and may initially take a hard hit from the mildew.

Being a mint grower myself, I initially cringed at the thought of using it as a cover crop BUT what you say is true AND... when those little unwanted shoots spring up they are fairly easily pulled unlike the common weed.

I have bought amaranth seed a few years, but never actually PLANTED it. Perhaps your post will inspire me to. =) LOVE teddy bear sunflowers. How amazingly happy are they? Hope all advances nicely in your garden.

BB - I checked the sunflowers on friday morning and after 6 days, I am getting about 30% germination. I'm going out there again this afternoon. The Bee's Friend is also germinating, but patchy. The bergamot was planted last fall and is still going (but I did just find its first mildew), and the amaranth just went in the ground friday AM. We'll see!!

It is interesting to see you using amaranth. I often see it suggested, but have never come across it as a broadacre cover crop sp in a mix. Is it used around Chesapeake in a broadacre way?

AUST-good question and definitely not. Pigweed (another amaranth) is reviled among farmers here, so I doubt any amaranth would go over well!