Why Headwaters Matter, and Other Basic Facts about Water

I heard it implied recently that protecting the seasonal streams and wetlands above navigable streams is a proposal that lies somewhere between dishonesty, unconstitutionality, and at being totally at odds with repairing America's economy.

For anyone who may have read that elsewhere, let's clarify a few things about riparian buffers, headwater bogs and swamps, and other non-navigable features adjacent to water (those threatened by Rep. Rehberg's recent budget amendment in the US House of Representatives.   And more importantly, what those landscape features really do - and hopefully we can do so without getting into the property rights debate where The Crying Pollution Indian has to fight the Flag Draped Property Rights Guy in The Octagon. Maybe a Tantanka vs. Macho Man Savage billing on RAW?  Oh wait, the facts.


1) Water inherently flows downhill unless it is physically stopped (impounded) or absorbed into the ground (infiltrated). The slower it flows, the more that secondary processes like evaporation, plant uptake, and plant transpiration can impact surface water volumes.

2) As water flows downhill, it collects into larger volumes which create larger velocities. This is hydraulic force.

3) The combination of velocity and volume create hydraulic power, often expressed in phenomenon like the standard hydraulic cylinder.  Here's what it looks like in math-ese:

Right.  Anyway, 4) the downhill-increasing hydraulic power can become an erosive power when it encounters weakly-bound particles, particularly fine sediments like those found in lawns, parking lots, and driveways.  This material, if not heavy enough to find a home somewhere downhill, becomes "the load" of the stream.

5) Simultaneously, other materials, especially liquids, can be incorporated into this overland flow, and moved downhill.  Things like motor oil and sewage.

So, if you're following me, in your average .25" to 2" rainstorm, what we have moving from the top of a watershed into the lower (and ultimately wetter) part of the watershed looks something like this:

Now, some people would have you believe that since this photo was neither taken near a factory in the I-95 corridor, nor is it in a navigable stream, that this stream and its load 1) will not reach a navigable stream, and 2) even if it did, it could not possibly impact trout. Nope.  Some folks believe that the only thing wrong with this picture is that a Dairy Queen is not built on that lot (because that's what will save our economy).

If you're similarly inclined to believe that, you could check out a relatively new theory called "gravity."  Now technically, no one can prove it, so it is really just a theory.  Hopefully they do not start teaching it in schools.  Snark aside - this pollution is going downhill...to that "real" stream under the bridge.  Currently, the stream is probably well-regulated by federal laws.  The ditch and runoff are not - and Rep. Rehberg and others would like to keep it that way - damn  those who are in search of clean water or trout downstream.

6) Once a pollution load reaches a stream, the aquatic community is almost immediately impacted from the bottom up.  For you trout junkies that say, "a bed load is a good thing for streams," here's a good bed load:

7) That bedload is full of coarse sands, gravels, and cobbles, all of which support natural cold water systems like trout streams.   So, what does a polluted bed load look like?

8) That bedload is full of fine sands and silts, which clog the critical interstitial pores that aquatic invertebrates depend upon in cold water streams.  That kind of bedload is a slow death for trout populations.   That is the result of unfiltered upland runoff from the top of watersheds, straight through ditches and pipes, across gravel and asphalt roads, and into navigable streams.  And that's where headwater protection comes in.

First, let's look at a map of the condition of our esteemed brook trout headwaters, which according to some, do not need protecting above the point at which they become a navigable river. That's because Rep. Rehberg's proposed protection of streams - protecting navigable headwaters and below only, over the last 40 years, has obviously worked very well.


Now, even if you believe the data that makes up that map is only 25% as negative as advertised, we can still obviously agree that the Clean Water Act (regulating only navigable streams and wetlands) is obviously not working for brook trout, even though the actual waters that the fish live in are fairly well-protected.  How can that be?  If you can't answer that question, start reading from the top of this post again.  The adjacent marginal areas - seasonal wetlands and streams, hydrologically isolated (in the legal sense) wetlands, etc are clearly not keeping harmful stuff out of well-regulated trout waters - even in areas where there is little or no urban development.

9) The resources that some people, including Rep. Rehberg, seek to keep unregulated, act as the kidneys, liver, and lungs to trout streams.  Here's what a non-navigable seasonal wetland looks like, when left alone to do the job that God intended it to do:

Surely, this is just a bunch of muck and weeds, and doesn't do diddly squat for trout, as a few quarrelsome folks have hypothesized.  How could this possibly impact trout waters downstream? 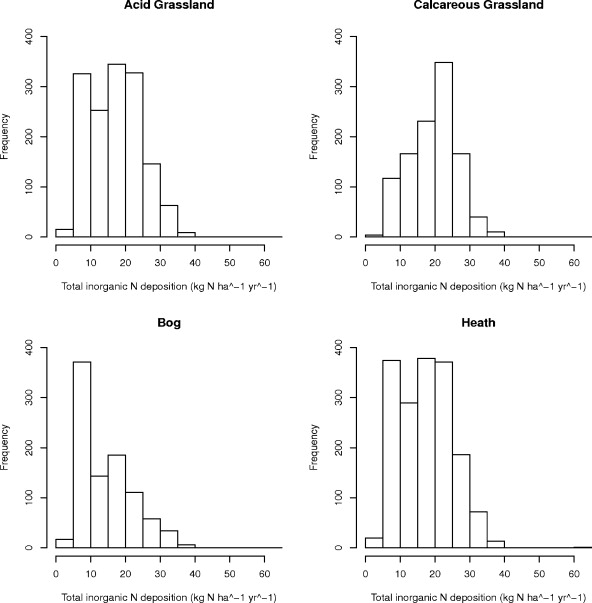 Hmmm. Well, that's just nitrogen.  Let's pretend that aquatic insects and fish are unimpacted by the dynamics of the nitrogen cycle.  What about those fine sediments - certainly a stupid wetland hole in the ground, or some dumb trees, or an upland grass buffer can't keep flood sediments out of a trout stream!  That's why we should keep them all unregulated! Right?!
Damn, well, what harm can some property rights have on headwaters buffer features like grasslands, forests, seasonal wetlands, and seasonal streams?  How bad could it really be (note: see brook trout extirpation map, above)?

There's room for real debate on headwaters protection - who should pay, especially in this economy (the landowner, via property rights restrictions, or federal taxpayers, via federal buyouts to landowners?). What are a landowner's rights? To pollute downstream without cause or concern?

That's complicated, expensive stuff, and I could easily argue that the outcome in either direction is not likely to hugely impact our nation's economy, either year-to-year or cumulatively.

But it's a basic fact that these unregulated areas need some level of protection greater than they currently enjoy (which in many states, is none at all).  Protection above where runoff enters perennial channels offers the potential for pollutant treatment, infiltration to groundwater, and a clean water discharge into trout waters.  Lack of protection means that all the crap goes downstream, where it's almost impossible to treat unless sucked into a water treatment plant or a several-thousand acre coastal marsh.

With water from seemingly eternal sources like the Ogallala Aquifer set to become "financially inviable" in the next 25-50 years, even knowledgeable land rights advocates realize that a fix is needed in the opposite direction of Rep. Rehberg's amendment.  If anyone's still gravely worried about such regulatory impacts on our nation's economy, let's give a try without clean water.  To do so, we needn't do anything.  We're headed there.
at June 05, 2012

Here's to science. Thank you sir.

Thanks for the positive feedback. I just get a little annoyed with the perpetual whine that taking care of our natural resources (something that Americans have largely neglected to do for the last 400 years) is somehow at odds with sustaining our nation's economy.

Water is what sustains us, and pretending that a conservation group's over-the-top reporting on a water protection issue is equally or more disingenuous than anti-regulation lobbyists screaming, "REGULATIONS KILL JOBS!" is just that....pretending.

Very well done. You laid out the science expertly. I'm afraid, though, that you are preachin' to the choir. Nonetheless, great post.

Very well done. You laid out the science expertly. I'm afraid, though, that you are preachin' to the choir. Nonetheless, great post.