Success in the Field - A Special Maryland Goose Hunt It's hard to believe that it's been five weeks since I fished or hunted.  Pneumonia will do that to you, apparently.  Finally gathered my strength up and accepted an invite to hunt some land on Maryland's beautiful Chester River.

Fellow outdoor blogger Steve Kline kindly had me over to a leased farm during our first week of goose season.  For the first time in 10 years, I'd been out of state on opening day, but after 3 skunked hunts in October, maybe a new tradition on a new farm might be what the doctor ordered.  In addition to finishing my second round of antibiotics. We set up long before dawn - not a typical practice for goose hunting in our area - and watched the thermometer climb from 46 to 48 to 50 before 7am.  Just a few clouds, warm temperatures and a migration stalled in Canada.  These are not the ingredients for a successful goose hunt in Maryland.

But it is November, and so out we faithfully go into the chilly goose pit, into the water blind covered with cedar branches, or into the field blind covered with switchgrass.  Amazingly, a toll of geese came around at 730am.  They turned in for a closer look.  My gun jammed.  Austin's and Steve's did not, and three birds fell. We were giddy that the season's success to-date had been eclipsed in one quick volley of shots, although I was less giddy that my firing pin had not come forward in my Mossberg 935.  I worked on it, hoping I'd get my shot as well.   A few  more flocks of birds looked, then continued on to the Chester River.   At 8:15am, an interested group of geese decided to take a look.  We nervously confirmed with each other the number of birds in-hand and the number still available in each of our bag limits.   I shot first, and dropped two geese with my first shot, on the edge of the decoy spread.  Hevi-Shot B's will do that, I suppose.   Austin and Steve immediately followed, downing a single bird to complete both of their bag limits.    Done at 8:20.  Doesn't happen too often, and I was conscious of that for the rest of the day.  What a wonderful morning. And since it was Thanksgiving week, it didn't take long to put these birds to great use.  Hope everyone had a restful holiday. 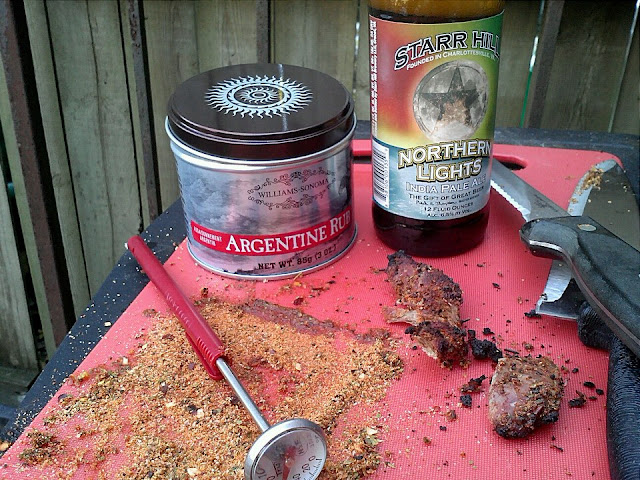 Game food prep "mentor" Hank Shaw would have been proud, watching me remove the breast fillets of these geese, then contemplate it for a moment and go back into the birds for the drumsticks and wings. 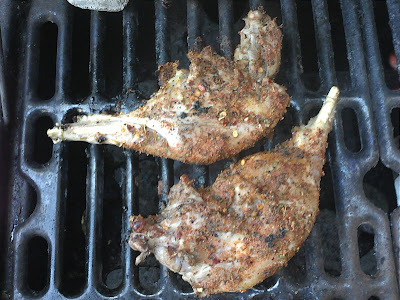 Another minor note: please excuse my (phone) photography - I dropped my camera while scrambling around on rocks in the Catskills with my son.  I ate it big time, and my camera flew out of my jacket pocket and onto some rocks.  It ain't been right ever since.

It was a great morning, spent with good people, a blast! I look forward to doing it again soon.

Hunting season is brief whereas any upset, contingency or life issue will have a enormous impact on hunting. The fact that you got a shot off means you are victorious. Congratulations on your success bagging some birds.

Those are wise words. I've been lucky enough not to have too many of those contingencies yet; and honestly, I fear them. My life is so strongly predicated on my ability to "get out," I can't imagine not being able to do so for any measurable length of time (a month was bad enough).

Great job, it always nice to get geese.