We Miss You, Joe Strummer

10 years ago today, punk pioneer and activist Joe Strummer (John Graham Mellor) suddenly died of a congenital heart defect he didn't know he had. He was 50, and then one day he was gone.

I was introduced to Joe's music at age 12, in 1986 - long after his band the Clash had disbanded, and during his period with Latino Rockabilly War in Los Angeles, and before his band the Mescaleros had taken shape.

But I didn't know anything about any of that.  It was 1986, and I was in Southern Virginia.  The year's top song? "That's What Friends Are For," by Dionne and Friends.  Barf! We had three TV channels, since cable TV had not been run to our County (it's true, young readers!).  It was before the hair metal revolution, and heavy metal culture in our rural, Christian heavily-militarized area was heavily smacked down by cultural fascists like Pat Robertson, who were convinced that anyone listening to Judas Priest would simultaneously catch on fire, become homosexual, and grow a goat head and goat tail.   Wait, that sounds like a bad ass concept for a video!

But I digress.  I visited my Aunt Julie in New York City and while sitting around watching the traffic from her 11th floor apartment and watching NYC public access cable, she put this 7" record on the turntable:

Now again, for you younger folks, please understand.  In the 1970s and 1980s, certain things weren't discussed in the American South.    Any fear that the Soviets could successfully bomb the west was considered to be "letting the commies win."  Any questioning of our government's policies was framed by our local Republican leadership as "pinko ideology."  The same Republicans who said at the time that if you didn't love our government, you should leave the country, because a true patriot supports our government (they never envisioned rebellion from the Right, as we have in 2012).   They (both Republicans and Democrats)  wanted to curtail the 1st Amendment to stop rock and roll.   They played anti-rock and roll documentaries like this absurd 20/20 piece at our Sunday School. The biggest hypocritical tee-totaler of them all was named Tipper, the basically unknown wife of....Senator Al Gore.  I'll never forget the PMRC - Tipper's (and friends') attempts to ban rock and roll which did not live up to their Mom Jeans standards.  Screw parenting.  Ban rock and roll! I know it's hard to believe, but just 25 years ago, that was our country.  I was just learning about rock and roll, and these idiots were trying to ban it! We knew nothing of televangelist scandals.  The S&L scandal was still a few years away. The Berlin Wall, and Communist Rule, still stood.  As did Apartheid.  It'd been decades since our country had seen outward, obscene hypocrisy.  Or the rebellion of a people.  Folks in power were very committed to branding the era as a "wholesome time of pleasant blandness."

Topics of anarchy and nihilism and not loving football and high school debate team and the (southern baptist) church were all very much not on the table for the discussion.  Once I heard the Clash, I started to think about big topics.  Colonialism.  Nuclear war.  What does it mean for an entire country to starve?    When is war necessary?   Then, just a few months after I first heard songs like the Clash's "Spanish Bombs" and "Sandinista," this swallowed up the American media for almost three years:

It was revealed that to further American security interests worldwide, President Reagan signed off on a messy deal allowing the CIA to trade missiles for cocaine for hostages.  Wait.  Cocaine for hostages for missiles.  Wait.  The order is convoluted (I'm making light of a complex situation that was intentionally obstructed by the CIA, State Department, and Reagan White House).  Around that same time, I got a copy of a record magazine (maybe Tower Records' old rag?) that contained a short interview with Strummer and a quote quite similar to this one (from the late 1990s), which forever shaped my way of thinking:

Authority is supposedly grounded in wisdom, but I could see from a very early age that authority was only a system of control and it didn't have any inherent wisdom. I quickly realized that you either became a power or you were crushed.

And for myself and millions of others of Generation X-ers, a decade-old stash of a few hundred published songs by Joe Strummer and the Clash became a trove of anti-establishment history, since history at the time was only available on paper, at a library many miles away, and none of us could drive.  From "Spanish Bombs,"

So went songwriting for Joe Strummer, the son of a British diplomat who grew up with an intense curiosity for the world's political machinations.  His original band, the 101ers, had the Sex Pistols open for them in 1976.  By the time the 101ers had re-organized into the Clash the following year, the Sex Pistols were on an infamous, heroin-laden (and somewhat contrived) tour across the United States - Americans' harsh introduction to British punk rock.  Loud, snotty, and with nothing to say.   Joe Strummer battled that mold, and those opinions of punk rock, for the rest of his life.  Let's face it, the Pistols' Sid Vicious never said anything much more meaningful than, "I just cash in on the fact that I've got a nice figure and girls like me," and Joe Strummer's least meaningful quote may be something like, "We've all got to stop following our own little mouse trail. People can change anything in the world."  Joe had a lot to say.  And a lot to think.

I'm in the third generation of punk kids who listened and absorbed the things that Joe Strummer had to say.  We questioned a lot - and many of us still do.  What would Jesus think about war?  What is our moral imperative to help others?  What do we have a right to change in this world? What do we have a responsibility to change?   Ironically perhaps, the three largest things I learned from Joe Strummer's writings and rants over the years are things that are completely congruous with the Bible -

1) We each have a moral responsibility to help and protect those in need,
2) Authority cannot solely be legislated.  Authority is a contract between the governed and a ruling body.
3) Authority whose main defense for existence is its own definition, must fall, and we are morally obligated to make it responsive to us, or make sure it falls.

I am growing older, and it's a shame that no more material from Joe Strummer will ever grace my ears, my eyes, or my mind.   But I hope that other fans of Strummer and the Clash are like me, and we will use our chance at leadership to listen to the generations coming up behind us.  After all, there are already two more generations of Clash fans.   Below are two songs about Joe Strummer from fans of his who are younger than me.


"And this was the sound of the very last gang in town."

"Raise a toast to St. Joe Strummer, he might have been our only decent teacher."

And if you don't think the music itself is carrying on Joe's message, try one of these on for size.  New minds are hearing these songs, and Joe's songs, and carrying on those, and others, and songs of their own about what's important and what's not in life.  About what matters and what does not.

And trust me, these are just some bands that a 38 year old square knows about, that have obvious connections back to the Clash sound.  If you really want to find out what's happening in important, conscious rebel music, there's no better place to start than - no kidding - the Joe Strummer Foundation for New Music, also known as "Strummerville."  Also interesting is that while Joe borrowed heavily from early ska and reggae music, some of his punk and reggae contemporaries are now covering Joe's songs.

So, we miss you, Joe.  Your light continues to shine and I think that God was pleased with your work here.  I look forward to growing old and being challenged in my hardening assumptions about life by younger men and women, including my son, who have heard your music and do not believe that everything simply must remain as it is, simply because it is today. In your words:

Nothing in the world can take the place of Persistence. Talent will not. There is nothing more common then unsuccessful men with talent. Genius will not. Unrewarded genius is almost a proverb. Education will not. The world if full of educated derelicts. Persistence and Determination alone are Omnipotent.

"If you're out to get the honey, then you better not go killin' all the bees." 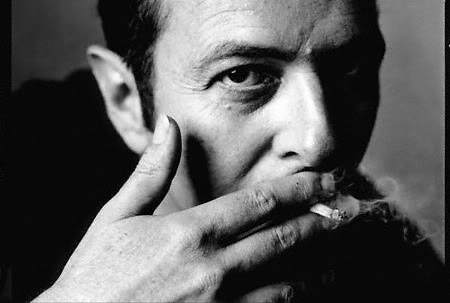