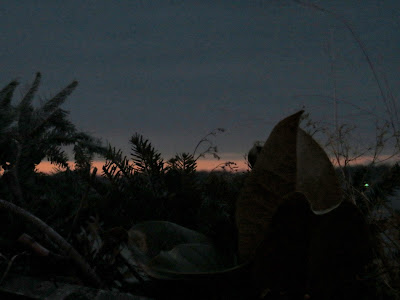 Crazy, crazy January weather.  But I'm not going to NOT go.  Set up on buddy John's river blind last week, hoping that the week's last sub-40 degree morning might bring around some hungry ducks and geese.  It didn't really pan out, but it was good to get back in the rhythm of things - hadn't been hunting since before the holidays.

Joe, a cohort of mine from another conservation group, joined us.  He's young, and had never hunted offshore, so he was pretty excited.  Being able to sit comfortably over the water and talk about wetlands and conservation and ducks was really an outstanding way to start the week. 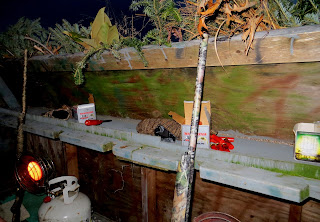 Temperatures quickly rose from the low of 38 to 42, then 49.   We got to see quite a few buffleheads zipping right outside the edge of our decoy spread.  I'd gotten out of habit of being able to sight them, pick up a gun, and shoot them within a few seconds - a quickness required for a bird that flies at nearly 50mph.   Eventually, a whole raft of buffleheads was floating around us.  Taunting. We were also treated to a whole ton of ruddy ducks bobbing around in the decoy spread.  I have eaten exactly one ruddy duck in my life, and I hope that I never have to eat another one.  So we watched them bounce around in the waves for awhile.

Sometimes, it's about habit.  It's about going.  This was one of those days, and I don't regret the two hours of sleep I missed.  Just a few weeks left in the season - hopefully the cold weather will return. 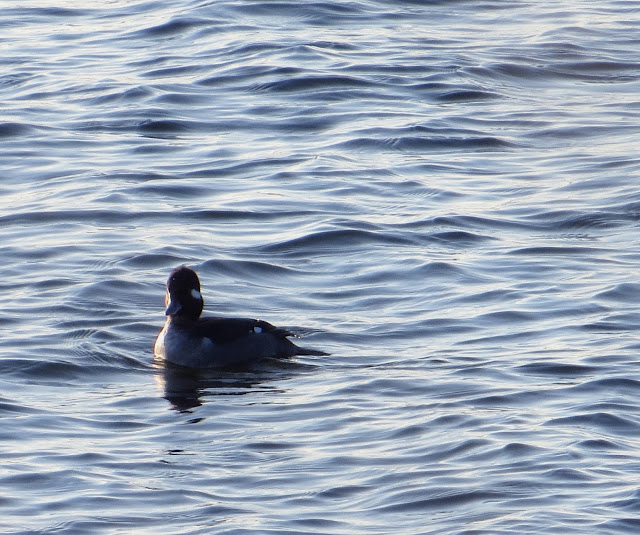