Over the last three seasons, I've spent a lot of mornings hunting how I think I'm supposed to hunt.  We have duck blinds.  We have goose pits.  That's where you go.   In X wind, you hunt out of Y duck blind.  Simple.  That's how they did it in the 1960s.  That's how they still do it in Arkansas, on the Texas Coast, and up and down the Mississippi.  The problem with that ideology is twofold. First, this is the Atlantic Flyway - the migration is always patchy, and hunting regulations prohibit us from moving our hunting setup the way that folks can and do in other parts of the country.  Second problem is that each of the last four migrations have been completely different from one another, and no one tactic has worked.  For that matter, no twenty tactics have worked.  Last season, one of the worst waterfowl seasons on record, I stuck to the playbook, and got burned as bad as most.  This season, I'm trying to do it differently.


Conventional wisdom is that it's not worth hunting the evening flight on the east coast.  The birds start too close to the end of legal shooting time, sometimes not flying in until after dark.  So I threw out the first decoys at 2:30pm. 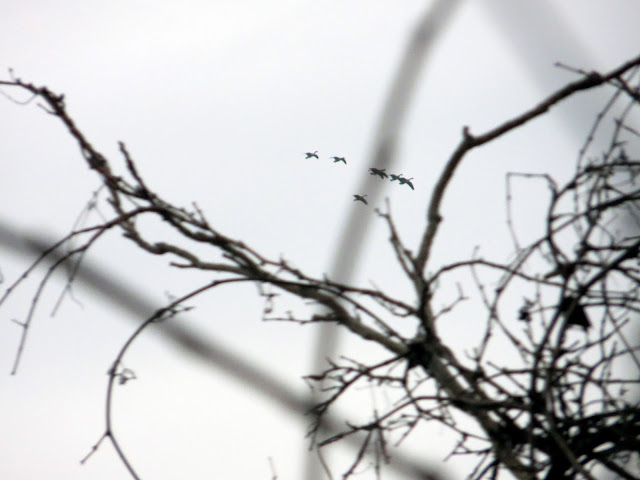 Conventional wisdom is that the migrating flocks have arrived at the wintering grounds, and as a result, setting out less than 100 decoys is a waste of time.  I placed 11.  One at a time.  Three magnum buffleheads, four magnum black ducks, and four burlapped foam black ducks. 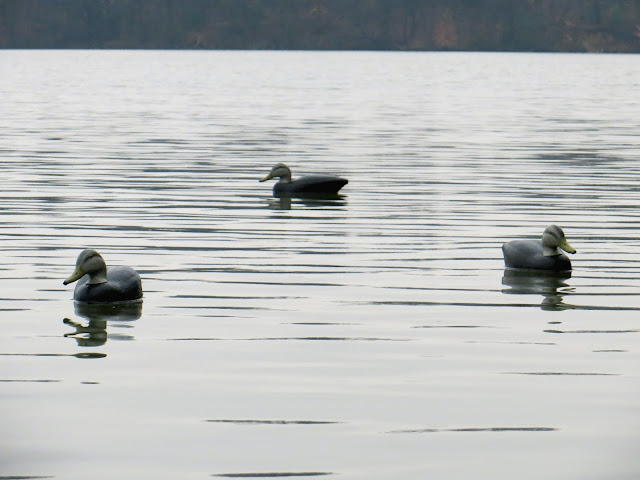 Conventional wisdom is that there's no point setting up decoys between the loafing spot (200 yards offshore) and the roost (where someone else has licensed duck blinds), but the wind favored me, so I set up on a sand spit inbetween the two spots. 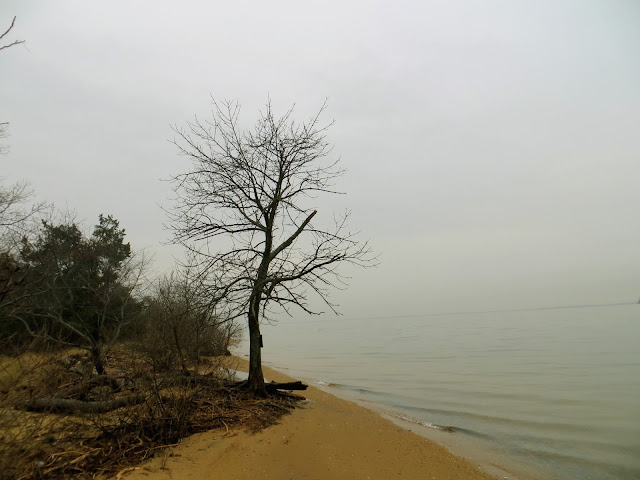 Conventional wisdom is that your best shot on decoying ducks is from directly inshore of  your decoys, but that doesn't account for the giant oak tree overlooking my spread, which makes the ducks swing wide.  So after the first few flocks swung wide and low, flaring at the last minute, I hunted from a point looking inland on my decoys.

Conventional wisdom is that nobody hunts outside of a blind anymore, especially in a flyway that boasts 8 and 10 year old geese who know the shorelines of the creeks. You'd think that the conventional wisdom would be that here, just 10 miles from the east coast's goose hunting capital, the ducks and geese get an idea pretty quickly about where the duck blinds are.  I used two hides on this hunt: a fallen red cedar on the shoreline, and a patch of reeds on the shoreline.  Conventionally, I'd laugh at the prospect of hunting behind either. Especially in January. 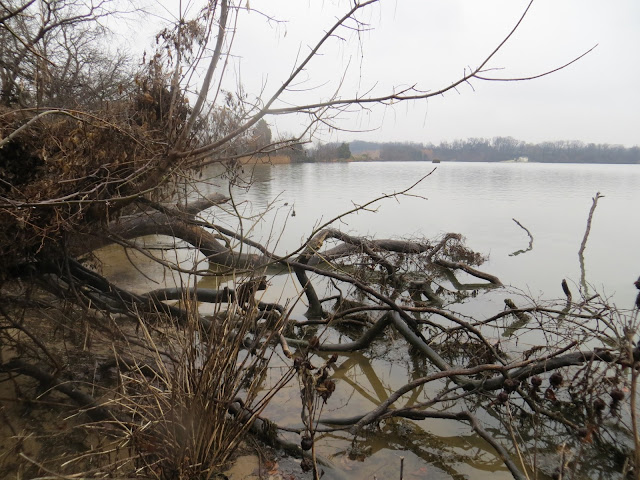 Conventional wisdom is that a wing shot is a wing shot.  But I'm pretty sure that was written by someone who either shot too many ducks, or not enough.  Because when I laid the hammer down on that black duck just two minutes before the end of legal shooting time, it sure fell. Fast and head first.

Conventional wisdom is that you can lose track of how dark it really is when the setting sun is in your face, and suddenly, you have to find a duck in the weeds.  Turns out, conventional wisdom was right about that one. 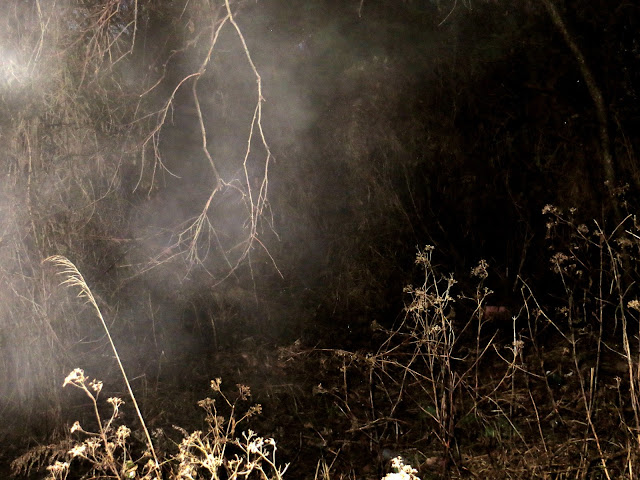 Conventional wisdom is great, but no one discovers new ways of doing things without stepping away from the norm. Great post!

Is there an opposite term for "Taken on the wing" ? I like log-shots too. I'm sitting on some frozen coots. Can't complain.

Thanks guys! Rev- yes, many birds have been "taken on the paddle." I frequently have to ask myself the question, "Did I come here to legally harvest a duck today, or to challenge myself to be as sporting as possible?" Crazy thing is - I get a different answer from myself each time I ask. And coots will NEVER get off the water! Our limit on them is 15/day!