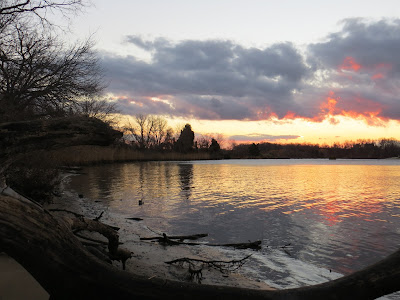 As the waterfowl season began to wind down a few weeks ago, and as the cold weather began setting in slowly - not the rapid hard freeze from Albany to Raleigh that we saw two and three and four years ago - I centered in my true hunting goals - being smart. safe. successful.

Just 36 hours prior, I'd bagged my first duck of the season - a Black Duck, no less - by hunting quickly, adaptively, and with great focus.   I returned on this early morning under different weather, different tides, and with plans to adapt even more strongly to the things I'd seen on the creek two days prior.

I set up decoys in the same area of the island, but farther out into the creek.  To the bufflehead, black duck, and goose spread, I added a dozen bluebills on a long line.   I tied one end to 100' of camo rope, and the other end of the rope to a tree just offshore, thinking that the current would carry the decoys offshore.  Yeah, that didn't work.  Somehow, though, the bluebill decoys ended up not touching, though congregated together in a circle. 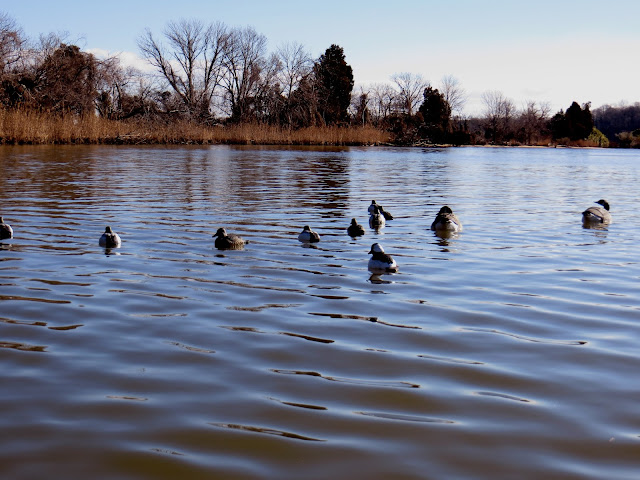 Legal shooting time was nearly upon me as I set out the last of the decoys.  I was excited to be done "on time" without help from anyone else.   My gun was loaded, but propped up on my cedar "hideaway" on the shoreline.  A single goose nearly landed on me in the darkness - it had come across the creek without a single call.  It floated in the decoys for a minute, and then frantically flew out.  Before shooting time could arrive, another single goose flew in from the open river and landed in the decoys.  Just a few minutes early.  Amazing what difference 10 minutes can make in hunting.    Ten minutes later, another single goose flew into the decoys, but it was dead before it hit the water. Amazing. 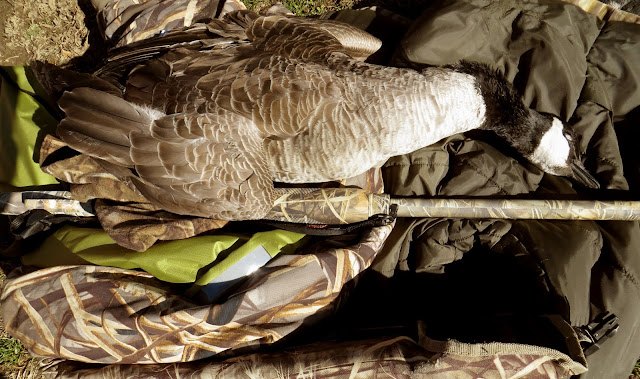 It's also amazing what difference a bird in hand can make in your hunting approach for the day.   I was relieved and confident.  I had done it right once again.  No help.  No tips.  Just me.    As the wind picked up, ducks started appearing on different parts of the island shoreline.  I couldn't help myself from going to sit where each new group flew in, hoping they'd attract more.  What actually happened is that I held off on making fairly easy air and "water swat" shots on ducks that were less than 30 yards away, in hopes that more would come.  That was a mistake.  Next January, my mantra will be "It's January, they aren't coming any closer."   Once I stumbled down a shoreline area and flushed out a dozen bufflehead.  Another time I tripped over a stump near my decoys, which spooked up two black ducks hiding on the creek side of my "cedar hideaway."  I tried to convince myself that they were too close together to shoot (our limit on black ducks is 1 - strictly enforced).  That was a silly theory. 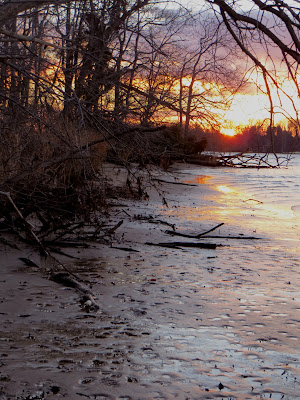 I finally made good, and while sitting inshore of the decoys, happened to catch a trio of buffleheads coming straight in toward me.  I shot once and all three fell about 5 yards in front of me.  I've been through that drill before with diving ducks, so I shot them again.  Diver hunters know what I mean.

It quickly became 10am, and with ducks starting to loaf in the middle of the creek, I knew I'd be unlikely to kill any more.  I tried to stalk several of the goose loafing areas around the farm, and come to find out, you can't really sneak up on 400 geese.  Still, it was a great hunt.  I wish all hunts went that way - everything seeming to fit into some sort of plan that didn't actually exist.   The hunts from here will get harder, as it's now clear that we won't get any new migratory birds before the end of hunting season.   Smart birds require a smarter hunter.

We have to pass on early morning, low light, water geese in Minnesota because these geese fly in and land along with cormorants that are the same size, shape and color.

Great job getting your goose.