I've decided to keep some extra thoughts laying around on a separate blog post, once per month.  And now, here it is, and here you are.  January held some interesting times, for sure.  Even though I personally did not take off much time over the holidays, many colleagues were off of work for the better part of a month, and now that the holidays are over, wanted to meet with me immediately, because all that was not of great concern on December 15th was suddenly a matter of DEFCON-5 national security on January 2.   It's a bit tedious.  So, what happened in January? 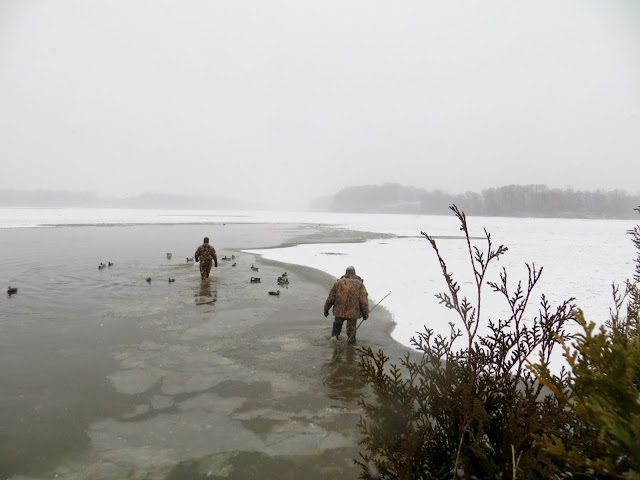 We closed out hunting season.  What a weird hunting season.  There was a migration, sort of.  It was cold, sort of, except when it was 75 degrees in December.  Out of 60 days of waterfowl season, I ended hunting 14 mornings or evenings, which, given my work and family responsibilities, feels like a good balance. I can't imagine hunting 25 days (including some full days) like I did before I became a dad.  Total damage was five ducks and fifteen geese.  I feel okay about that as well.

I hunted smarter.  I took my own advice from previous seasons and it paid off.  Things like not hunting extremely high tides, not hunting the full moon, and being prepared to drastically change my hunting plans if the forecast turned out to be wrong (hint: it usually was wrong).   It felt good to have some successful hunts on my own, and emotionally, it took me back to the 5 or 6 years when I was working really hard (too hard) to learn how to hunt ducks and geese.  The value of even a single bird in hand is incalculable, and I guess I had gotten away from that.

Finished first two elevated garden beds.  I tried to save on lumber by creating the bottom of the elevated beds out of plastic bird proofing fence and fir lattice, and yeah, that was a disaster that I now have to fix on my totally installed elevated garden beds.  Can  you say "four inch wood screws?!" I have five more beds to build in the next five months, and I need to get smarter - fast.

Started teaching again.  Felt weird to be starting the spring semester of college on a 15 degree thursday night, and then hunting in a blinding snowstorm on friday morning.  But it happened. I am thankful to have a second job to help cover our expenses these days.  But it's tiring.  It's hard to be in a management position at my full time job, anywhere from 8-12 hours per day, and then go teach for another 3 hours, a few nights a week.

Prepped for wetland construction at work.   At least 50% of my director's justification for creating my job in 2011 was the construction of three big wetland projects.  Finished the first one in September, 2012.  Second one finally got its permits and goes under the blade (bulldozer blade, ha ha, get it?) the first week of February.  Still need a permit for the third one, a doozy of a job I'll be writing about quite a bit.   Also working on a tidal wetland job that should kick off this week, and a little stormwater wetland I'm building in front of our office.


Waited for the tax damage to roll in.  No further comment.  The tax reversion ate - in entirety- the small raise I received in late 2012.

Tried to learn more about peoples' arcs through life, success, disaster, etc.  I'm learning that sometimes when I deal with a person who is a problem, I'm just getting them at a particular part of a personal or professional trail that has a definite beginning and a definite end.  Sometimes these people infuriate me with their incompetence, their lack of passion, and their lack of urgency.  I need to better understand and accept that "this too shall pass."  The bad guys normally get what's coming to them.   Just survive, wait, and watch them tear themselves to pieces.  I'm also trying to be more conscious about understanding what my role should be in some of these complex situations.  At nearly 39, I've figured out that  it's not my job to be the hero in every single situation.  But for some reason, I'm just now learning that there are more roles to play than "hero" and "bystander."   I'm testing out the waters in a few cases....we'll see how it goes.

Dadtacular.  I cannot believe that Hank is so big.  He is such an amazing boy.  He loves his momma, superheroes, and Darth Vader.  What a pleasure to watch him, teach him, and learn from him.  Unfortunately his #1 (but not only) pooping location is still his pants.   We'll get there. 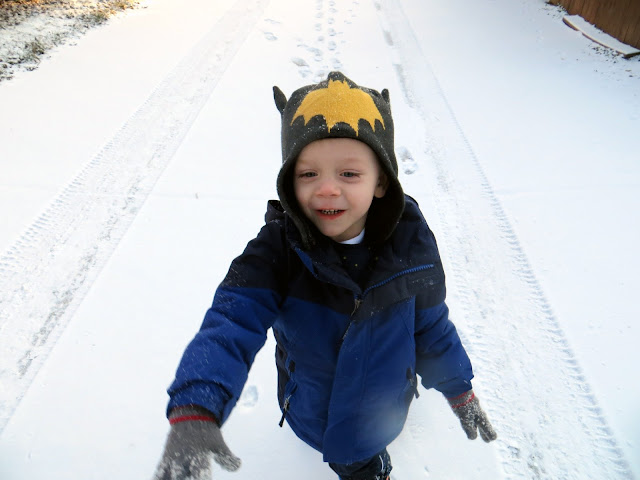 Been changing diapers here for 4 years.

Where do you buy your seeds?

About 50% from Territorial and 50% from Southern Exposure Seed Exchange. Before kids, I used to grow all kinds of crazy varieties of stuff, and would order from seedman.com and seedrack.com for stupid Himilayan Ghost Skull Peppers and nonsense like that.

Hopefully out of diapers soon. Hank is pooping on the toilet about once every other day now. Unfortunately he goes 2-3 times per day. Oh well.