I don't know what to make of Maryland winters anymore.  I'm not sure what the long-term trend is (except for warming), but each year is distinctly different from the previous one.  In some ways, having this blog helps that.

In just moments, I can read back at how the 2007-2008 waterfowl season was dominated by a summer drought that continued into early November, but ultimately, cold rains and snow came, which provided for a great late duck season. 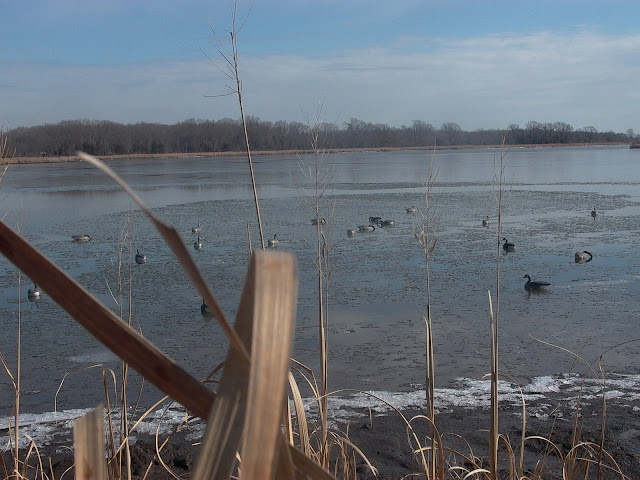 The 2008-2009 season was dominated by extreme cold which made the goose hunting pretty good, and the duck hunting awful. The 2009-2010 season featured a whole ton of snow but it never got as cold as the previous season, and hunting was okay. The 2010-2011 season was quite average, good, really, given that I was out of town for most of it and still had some great hunts... So when I'm breaking out my MS Outlook calendar at the beginning of waterfowl season in Fall 2013, how exactly do I dedicate my limited time off?   I've tried duplicating the successful weather-based scheduling tactics of previous years - it fails.  I try doing the opposite of what I did in previous years.  Still seems to fail.  I'm quite randomly successful or unsuccessful in hunting, given the already hit-or-miss nature of the Atlantic Flyway.  It's possible that I am, in fact, learning, but perhaps just too slowly to evolve with the rapidly changing nature of the Flyway.

So...maybe it's time to try another flyway? Or maybe I'm in for another year of learning.
at February 14, 2013

Across the Bay wasn't much better...1 goose and 4 ducks. And that was between two people. UGH!

Yes...Here in DE the 2011-12 Season was terrible. This year was OK. We hunt near Bombay Hook and surounding rivers/marhses/fields. The early Teal and Woddies were good. We saw 80 Woodies opening day. Mid season just sucked. The geese did not start coming in until the last 2 weeks of season and as for ducks, our river iced up around our 5 blinds so ducks were OUT. Hope next year is better..which we do evry year. However,I am going for guided snow goose hunt near Little Creek on 2/19...should get some hot action!