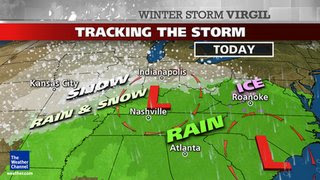 What began as a pleasant coup of foul weather during January's late duck season has become a real hindrance to fishing in March.  That thing?  Our pattern of twice-weekly ice, rain and snow.   It's been basically dry enough to work outside, and dry enough to do a little gardening, but our runoff-soaked rivers and lakes are cloudy and cold.

I was at a fundraiser the other night and someone asked me, "When do you usually start fishing?" and I had to honestly said, "Shoulda been about a month ago."   Spring's arrival is at a near-standstill and honestly, I'm annoyed.  Annoyed that the squirrels, who normally turn their attentions to wildflowers and green weeds by March, are chewing buds off of my shrubs.  I'm annoyed that the weather's not nice enough to even want to go fishing, let alone actually go fishing.  I'm annoyed because I know that June's hot weather and hot, dead water are not so far beyond April, which starts next week.  I've also been pretty agitated and active with the Maryland Governor O'Malley's proposed gun control bill, which I like to call, "The Let's Pretend We're Solving an Important Problem but Not Really Bill of 2013."    Interestingly, the more I write to my legislators, the less I'm inclined to write for fun.  I need to remember that.


My fishing gear is organized.  I've purchased my license and stamps.  I've got about 60-90 days of fairly flexible office work before my next really serious stream construction job begins.  Hopefully, spring will eventually show its face....