Strange Things Are Afoot at the Circle K 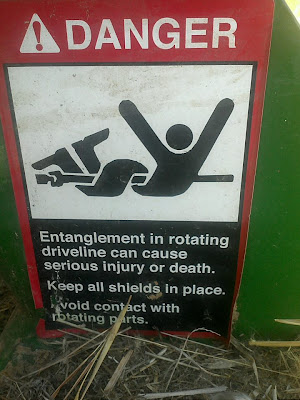 It's been a crazy month and a half.  I haven't purchased my fishing license, which is unheard of for me in mid-march.   Work is busy, which is a good thing, and has totally been outdoors, which is mostly a good thing, although it seems to have deprived me of my writing mojo.  I guess that means I'm happy.  Who knows.

I attended an all-day meeting about stream restoration permits earlier this week, followed by a four hour biodiesel laboratory experiment with my students.  The people I'm dealing with act like small children.  Oh, I'm not referring to the students, who incidentally, are acting like small children because spring break is just ahead.

I stopped by a nearby gas station on the way home to grab a cup of cheap coffee, and heard this sound, "RAWR chunk chunk RAWWWWWR" under the counter.  I asked the skinhead who works there, "Hey dude is that death metal playing under the counter?"  He responded, "Yeah, I need it to get through the night in this place."  Sounded legit, so I was like, "Right on." He then launched into an apology on the topic, to which I honestly responded to him,

"No seriously, it's OK.  This is the least absurd conversation I've been in for the last 14 hours."


The other day at the office, our major donor coordinator was trying to recall a term (sand bar), and just said, "I don't know, the thing underwater, it has a spit....it has moving sand...what is it called?....?"

I answered, "The Kraken?"

It's time to go fishing.