I was workin' to the best of my abilities, but now I'm fishin' at correctional facilities.  Isn't that how the song goes? Please don't shoot me sue me, Ice Cube.

Due to work being red hot in February and March, and also my liberal use of vacation time in two to four hour increments during hunting season, I hadn't had a full day off since January 1 (paid holiday).   We had an opportunity to visit some friends and family in central and western North Carolina over Easter, and the poor weather and tight schedule looked like they'd doom any chance at fishing.  Regardless, I packed my bass spinning gear (BPS Micro-Lite w/Shimano Stradic reel) and bass fly fishing gear (Redington reel on Cabela's TQR 5wt)....just in case.

On our last full day there, I got an opportunity to get out for about three hours.   Our location didn't afford me enough time to get to any of the bigger lakes in the region or to get up the mountains into the trout streams, but what I did have time for was an opportunity to fish at the local prison's former pond and the local state-run mental hospital's water supply reservoir.   Talk about fishing in weird contexts.  Hard to argue with the scenery, though: 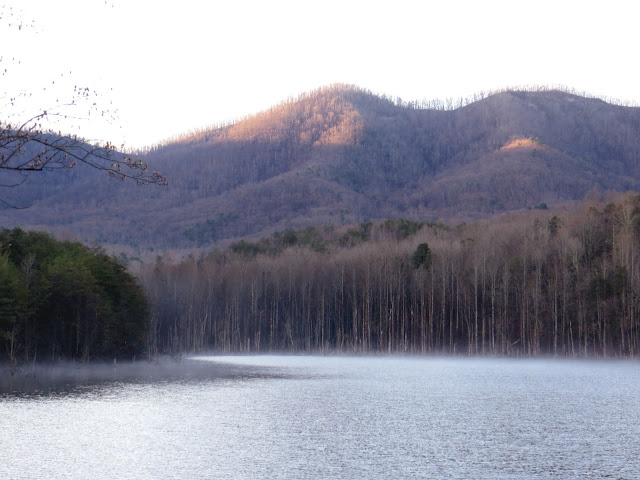 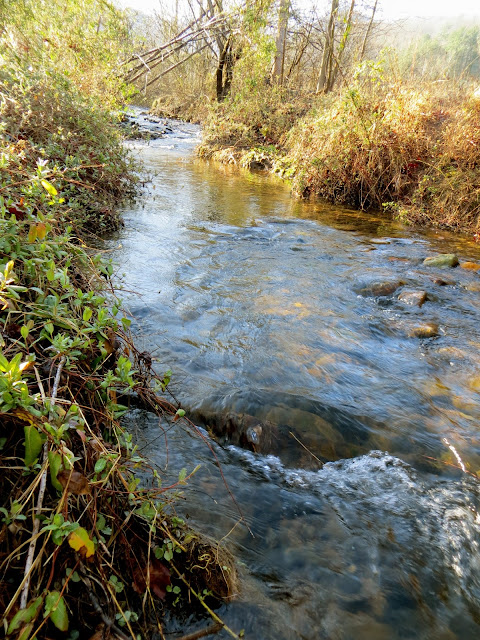 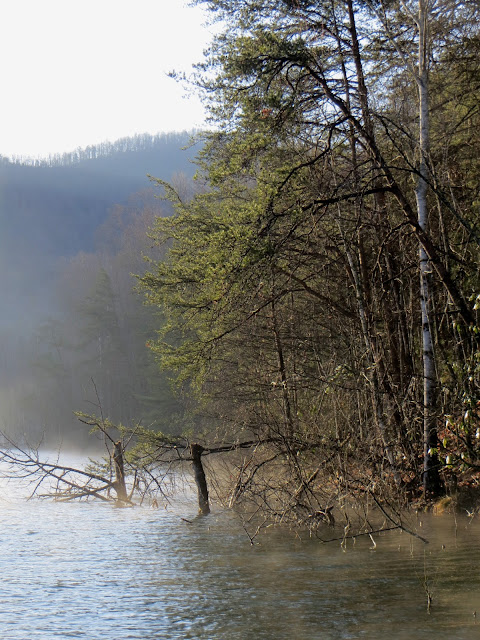 Unfortunately, the continued cool night temperatures had persisted, as had the rain.  I found most waters stained to turbid, and water temperatures not yet really pushing beyond the low 40s.   The sun eventually came over Benn Knob, ushering out the fog and allowing the air temperature to ease up to the 40 degree mark.  I did not see a sign of a fish at the old hospital reservoir, and so I decided to stop by the prison pond (now a wildlife management area) on the way back to the highway.  What I found there was simultaneously encouraging and weird:  dozens of stunned, half frozen largemouth bass sitting in the shallows as hundreds of mating American toads swam overhead, quite casually.

I also saw a few sunfish and a crappie, but none of the fish were mobile enough to chase prey (or a lure).  I tried both flies (poppers, hoppers, crayfish) and light tackle (inline flies, small plastics), and nothing made an impact.  Phhht.

In the end, it was good and get out and fish - my first outing since last October (start of duck season).  My hand hurt from so many random casts through the course of the morning, but it was good to get the feel back.   Soon, the fish will start biting.  Soon. 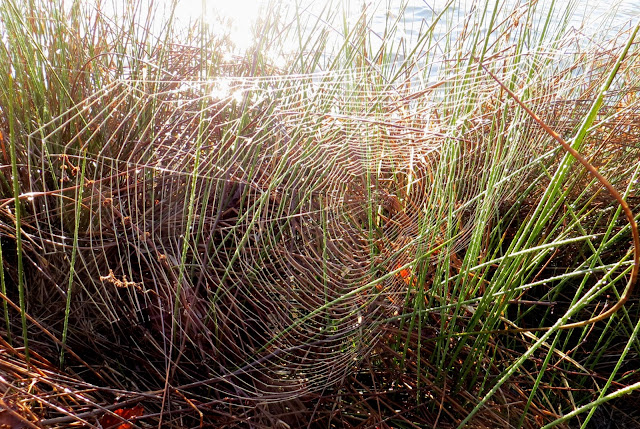 The Squeezbox Boom radio from Logitech is not just an Internet radio.
Some models, if they are equipped with remote start, will allow the customer to start the engine through the
app wirelessly, doing so from any place where there is a cell phone
signal available. Closed at heels, all the interruptions of RJs too can be kept aside,
thanks to odysseystreaming.

Look into my blog - Internetradio