Forgot How Many Fish I Caught 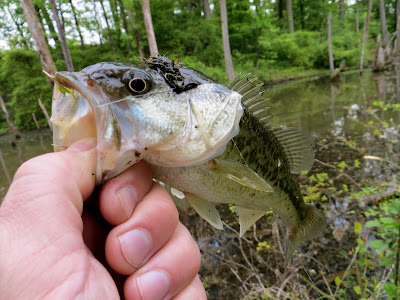 I had fun fishing.  That's a rare thing these days.  Burnt out.  Tired.  Stressed.  But I had a little free time one evening between the end of work and the beginning of...more work...so I decided to wet a line.

It's not been a productive fishing season thus far, relative to past years.  This is largely attributable to weather patterns, but let's not forget my mental state - I've broken two rods this spring after having not broken one in about seven years.  Just thinking, in both cases, in two different swamps, that I could force that lure loose from that beaver dam with just one more...snap.

It was good to get out this time and just fish.  I fished hard, and a bit nervously, but it worked.  I had fish on the line quickly, almost all bass, and they were chasing my lures all over the place.  Catch. Release. Catch. Release. Catch. Release.  It was so much fun.   Toward the end of my allotted time, I saw a six pound (or so) fish, somewhere close to 20 inches, following my lure as it passed by a log on each retrieve.  I switched up to a bigger lure (5 inch black floating pin minnow) and with a few twitches, the Big Boy was blowing up the water right behind it.  Suddenly, an 11 inch largemouth swooped in and grabbed the lure - on several other fishing days, I'd have been thrilled to land such a fish.  Even in the moment, that irony wasn't lost on me.  Nervous, actually shaking, I tried again and again.

The big fish kept giving chase, short striking as if out of hesitation, before another smallish bass would fly in at top speed, grab the lure, and give me a fight.  After five bass in a row (some as small as six inches) while targeting a different fish, I gave up, and had to get out of the swamp and out to an evening meeting about a wetland restoration project.

It was great.  I tried to remember how many fish I caught, and I couldn't.  They all kind of melted together, along with the smell of the swamp, the sound of the tree frogs, the sight of big snapping turtles, and deep breaths during an evening afield. 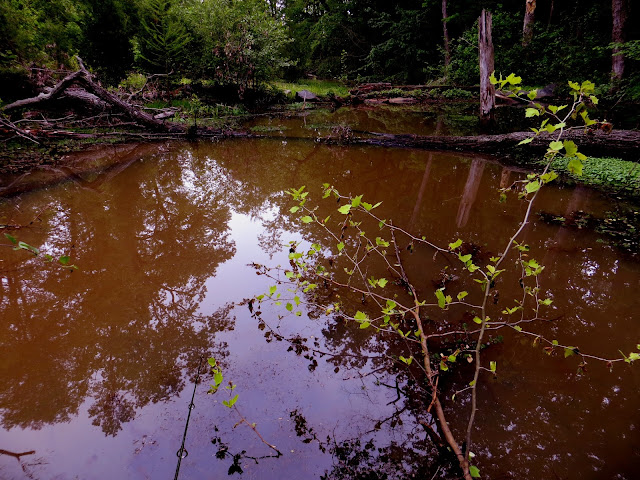 The temptation to place one of those 11 inch bass on a hook and throw him to the bigger one must've been insane. Glad you got into some fish!

I think this is one of the most significant information for me.
And i am glad reading your article. But wanna remark on few general things, The website style
is perfect, the articles is really nice : D. Good job, cheers

We stumbled over here coming from a different web page and thought I might as well check
things out. I like what I see so now i'm following you. Look forward to looking over your web page again.

Hello There. I found your blog the usage of msn.
This is a very smartly written article. I will be sure to bookmark
it and return to read extra of your useful information.
Thank you for the post. I will definitely comeback.

Spot on with this write-up, I absolutely feel this website
needs much more attention. I'll probably be back again to see more, thanks for the info!

Feel free to visit my homepage: magic of making up review

Do you have a spam problem on this website; I also am a
blogger, and I was wanting to know your situation; we have created some nice methods and we are looking to trade methods with
others, why not shoot me an email if interested.

Here is my homepage ... online roulette ()