Native Bees Are Back 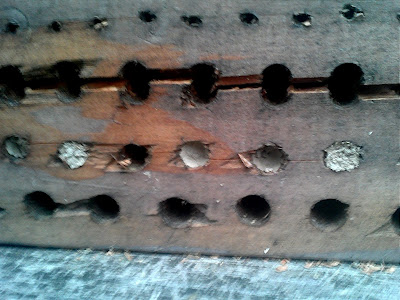 I love bees.  We live too close to too many people, including an endless sea of hyper-allergenic children and their hyper-litigious parents, to have honeybees at the house, which is a shame.

However, we still need bees to pollinate our garden and our flowers, and to be honest, we just like having bees around.  So, lacking the space and privacy to manage honeybees, it made a lot of sense when we first bought our house to make sure we were providing habitat for bees.   Having read about some of the most common native pollinators, blue mason bees, on the internet, I requisitioned an old log from a creek bank in Fall 2004, drilled it full of 3/8" holes (the diameter preferred by blue mason bees), and watched with great satisfaction as the "bee condo" filled up the following spring. 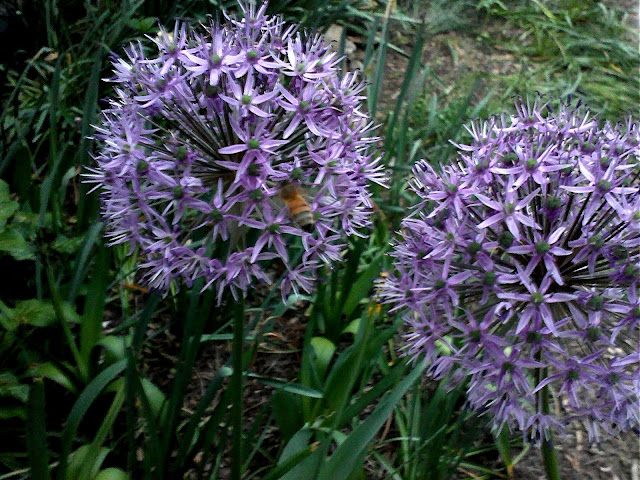 While it's common knowledge that America's native bees are far more efficient pollinators than the European Honeybee, we all depend on the Honeybee for its summer-long active season.  Most native bees, it turns out, have life cycles timed to maximize their success in gathering pollen or prey, depending on the species.   The third or fourth iteration of the "Native Bee Box" that I created was inspired by a now defunct webpage from Sierra (CA) Audubon, featuring several different diameters of cavities.  This way, the same "bee nesting habitat" can be used several times throughout the season by a wide variety of native bees.

Identifying the species of bees can also be challenging.  Some species, like carpenter bee and sweat bee, are quite easy to recognize after anyone's seen them a few times.  Others, like the numerous species of blue/black mason bees, red mason bees, long-eared bees, and many others are just too hard to figure out, given the fleeting nature of field observation.  When I've sent photos to bee experts, the universal response is, "Need more pictures."  Doesn't matter how many I send, it's always 300% too few. 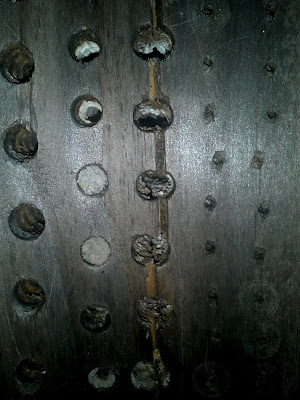 Other than provide these bees a home, I really don't do anything for them.  They keep coming back, and I always make sure they have plenty of flower pollen to eat.    Now that I've abandoned the community garden, and built up the home garden into something respectable, I look forward to watching the bees every day.

And...spoiler alert...with the 17-year cicada hatch headed north in the next few weeks, I eagerly anticipate that the Cicada Killer wasp, another solitary native "bee," will be wreaking absolute havoc in our neighborhood.  Should be some interesting photos:  3" cicada vs. 2" wasp. 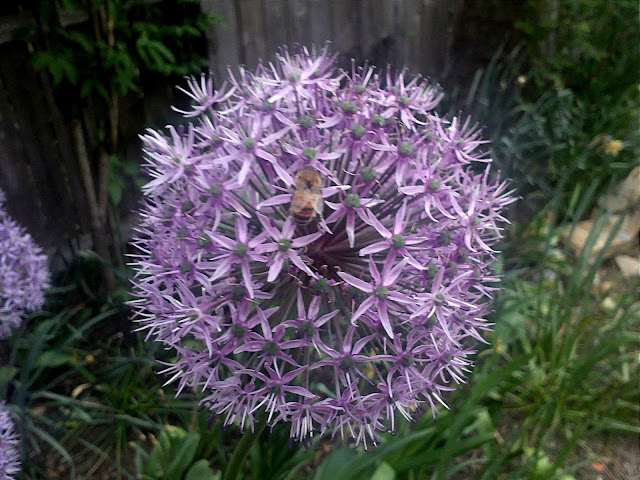 We have had heavy snows through May 3rd and transplanting does not do well here, so I have plastic sheeting around our garden plots. We will go through a month of tornados next. I sow only super-fast growing hybrids directly in the ground and fertilize. We have bee traps set with fish because our bees live in the ground and are annoying.

How did you manage to convince native solitary bees to use the 'shelters' you provided? My wife and I have been trying for the last 6 years in our garden, but the stack of canes, especially selected and put together for bees, has been snubbed completely.

I tried various types of bamboo and stems and it never worked for me, either. The one time it did work was accidental - I was pulling bamboo tomato stakes (the cheap ones that are dyed green) and tossing them in the burn pile and a bunch of sweat bees flew out!

To make it work: find a piece of wood that is not totally rotten or waterlogged. Drill a bunch of 1/4", 3/8", and 1/8" holes in it, all facing the same way. Hang the piece of wood about 5' off the ground, facing the sun, ideally, it would be shaded part of the day. The bee holes should NOT face up at all (drowning bees). You can still do it now. You've probably missed the early (orchard) bees but you'll catch sweat bees and some wasps. Try it! Other than your drill bits and mounting hardware for the stump/log/board (don't use treated wood, obviously), it's free!

In my experience a bit of brick or stone wall with badly maintained pointing is attractive to solitary bees - so don't be too fussy about garden walls etc, though not recommending it for the house!