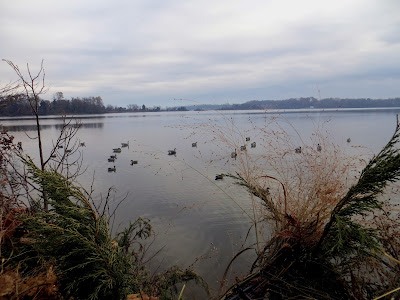 Let's rewind.  At our annual farm dinner the night before opening day, there were constant whispers about favorable weather, winds, and local birds for an opening day hunt that should easily eclipse the last several opening days (2010, 2011, 2012), which showed us thin flocks of birds, balmy temperatures and bluebird skies.

And unlike previous years, the revelry died off early, with hunters retreating to their trucks, tents, and nearby cabins to get some sleep.  Tomorrow, each of us thought, tomorrow will be one for the ages.

Turns out, we were wrong.   We guessed wrong on the wind direction.  We had competing (and unknown to us) hunting groups to both our southeast and southwest (in better winds).    I had a single ill-advised shot at a wood duck and didn't connect; my hunting partner had a near-fatal shot on a goose that gave us only a rain shower of white down feathers for 10 minutes, but no goose.   Oh, brother. Bye bye, geese. 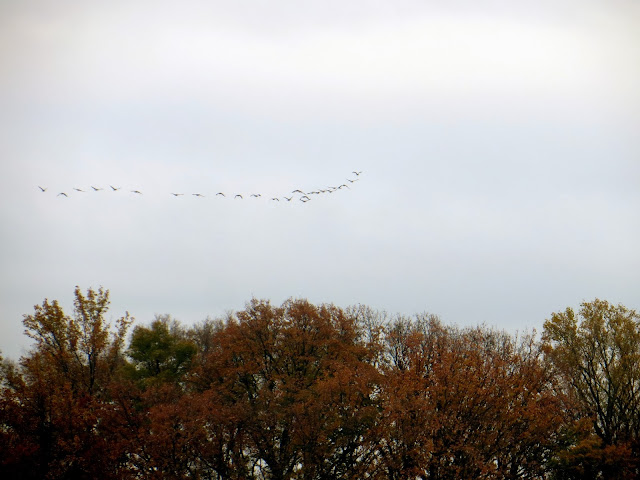 Eventually we packed up, unloaded all the gear, and said good riddance.  Except for me; I decided to take another chance.  My hunting buddy TB had been hunting a blind under some cedars in the middle of a field.  Over 300 geese had spent the previous morning there.  Zero returned on opening day, for reasons I don't really understand.  Two good looking but non-functional hunting setups in one day. 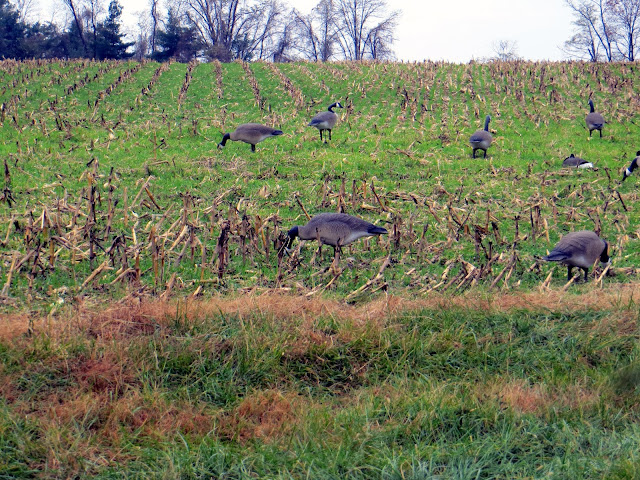 At least I got to spend some quality time with a red cedar.... 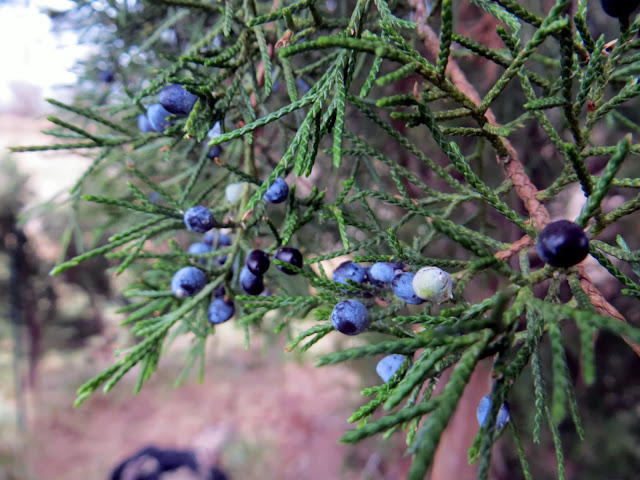 And less than a mile from the farm, I found the geese at 1pm. No hunting allowed here.  Guess the geese figured that out, too. 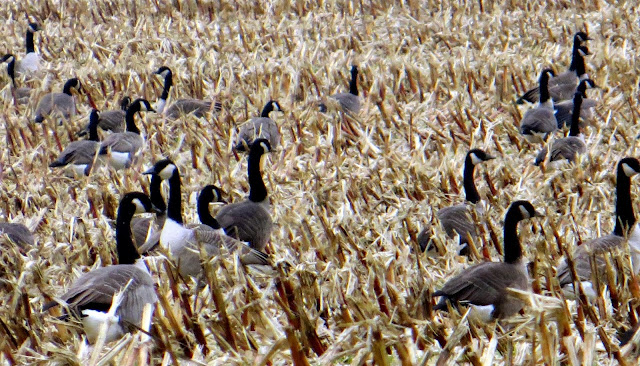