As the first east coast polar vortex in 20 years was wrapping up, we thought that maybe some ice, somewhere, might start to shake loose.  We decided to gamble on the farm up on the upper eastern shore of Maryland, where there's a tidal inlet that stays pretty loose.   Our primary goal was to hunt the morning after our arrival, but we got in town early enough to scout/hunt the evening prior to the planned hunt.   I pulled into the farm to see the big duck boat up on the lift and surrounded by hundreds of yards of thick ice, and a Polaris Ranger with a wheel missing.  Grrrr.  So we had a little walk (3/4 mile) down the beach with our gear. 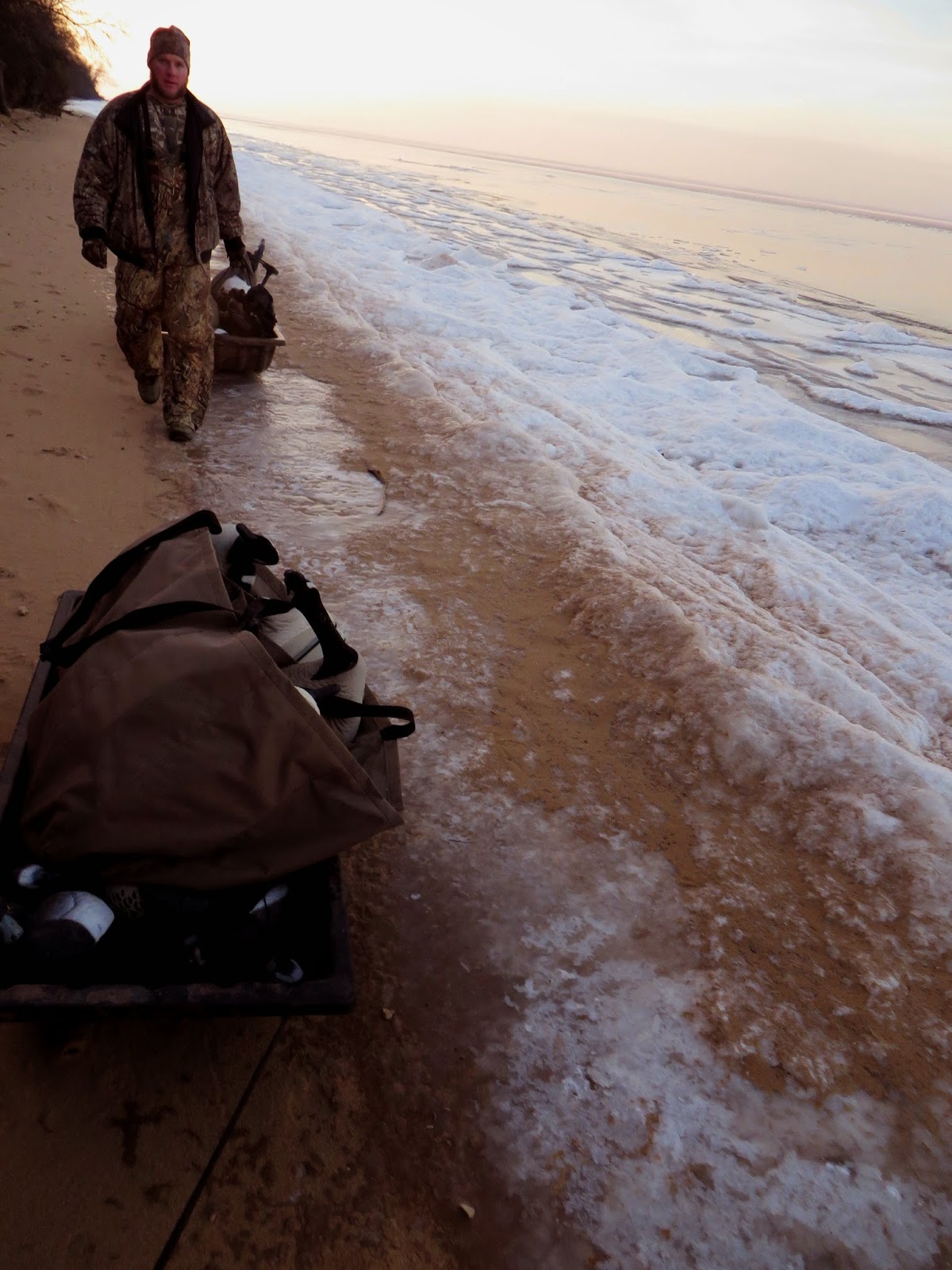 So fun!  Actually it wasn't bad.  The ice had frozen all the beach pebbles in place, and the decoy sleds moved without much friction over the ice and pebbles.  On the pure sand....not so much.   We eventually got where we were headed and got to appreciate the beauty of an iced over river and Upper Bay.  I had the opportunity to shoot a drake redhead on the water at 40 yards, and didn't, much to Brother T's dismay.  As we closed to 30 yards, the duck exploded out of its tiny water pocket and hauled ass in the opposite direction, of course.  I'm definitely getting older and more mellow in my ability to appreciate the passed up possibility of a kill, especially on such a beautiful (and delicious) duck.   Yeah, part of me wishes I had shot the thing. I won't lie.   It was a beautiful evening and the birds were moving, just not over top of where we were. 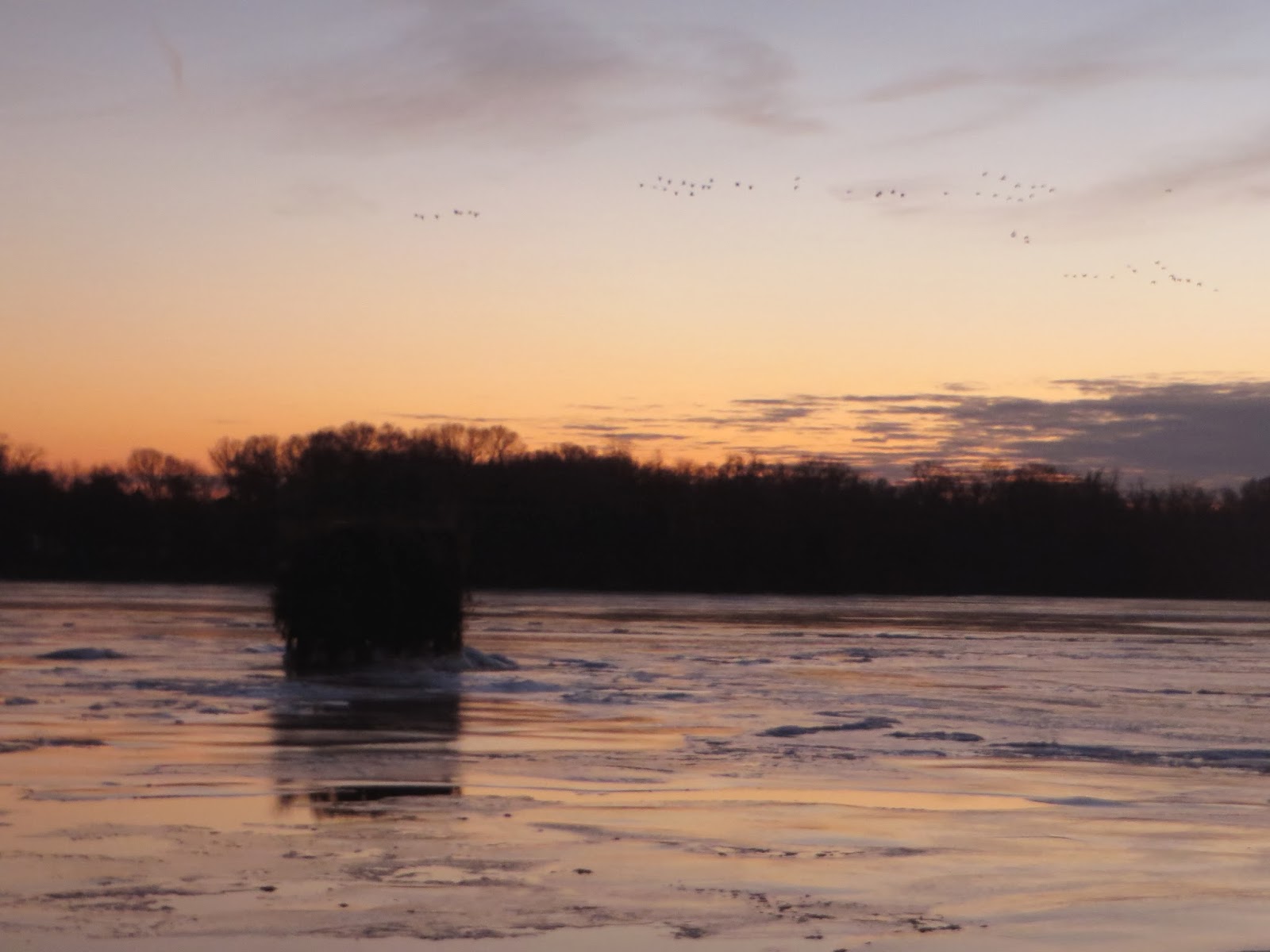 We did have a small group of geese come in right over us, so close that they even landed in gun range.  We fretted over the shot overhead, and then fretted more once they were sitting on the ice 20 yards from us, knowing that we could easily kill our combined daily limit, but being unsure of whether we could retrieve the geese from the ice without a dog or a boat.   Again, we let them live. 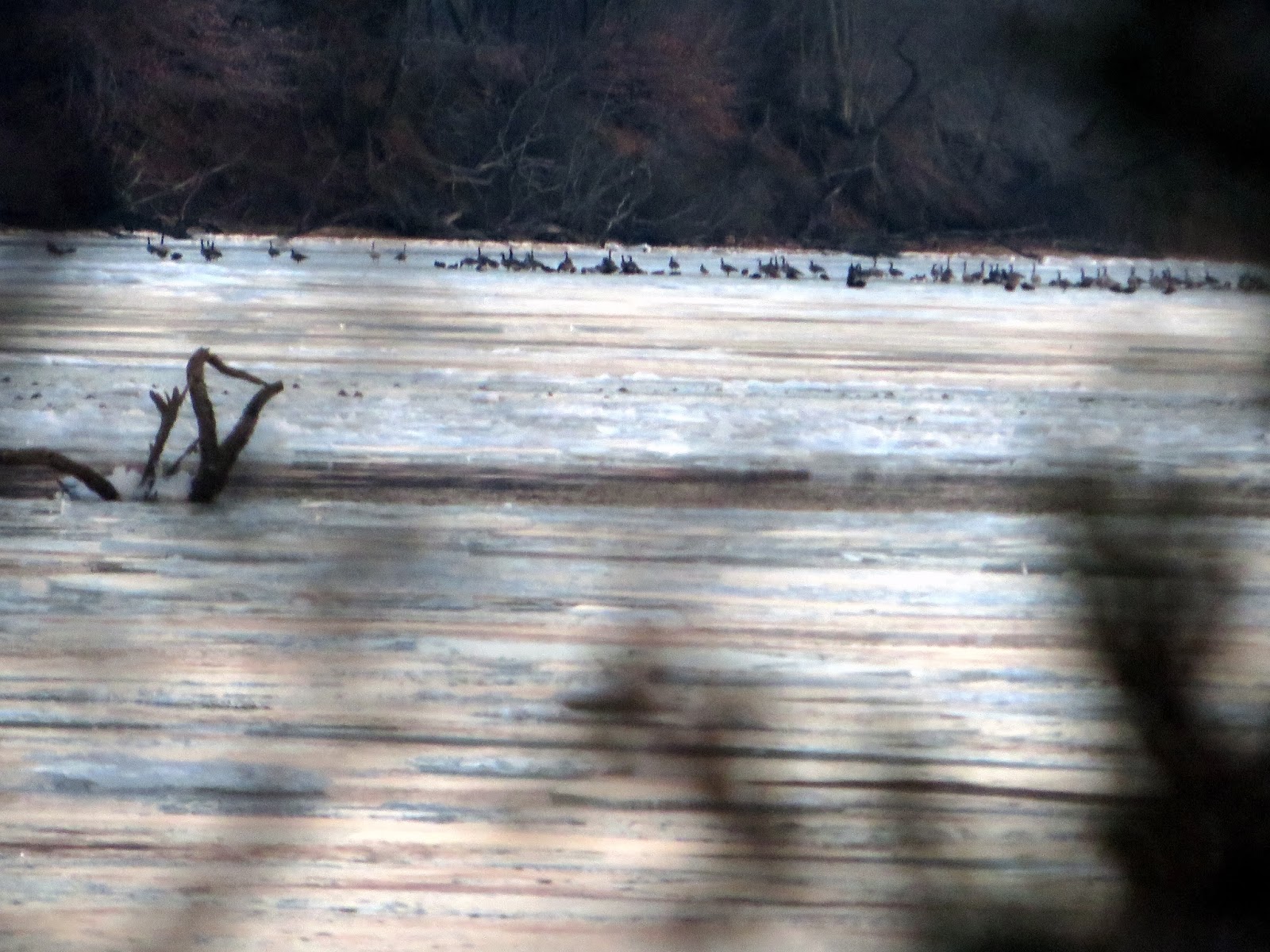 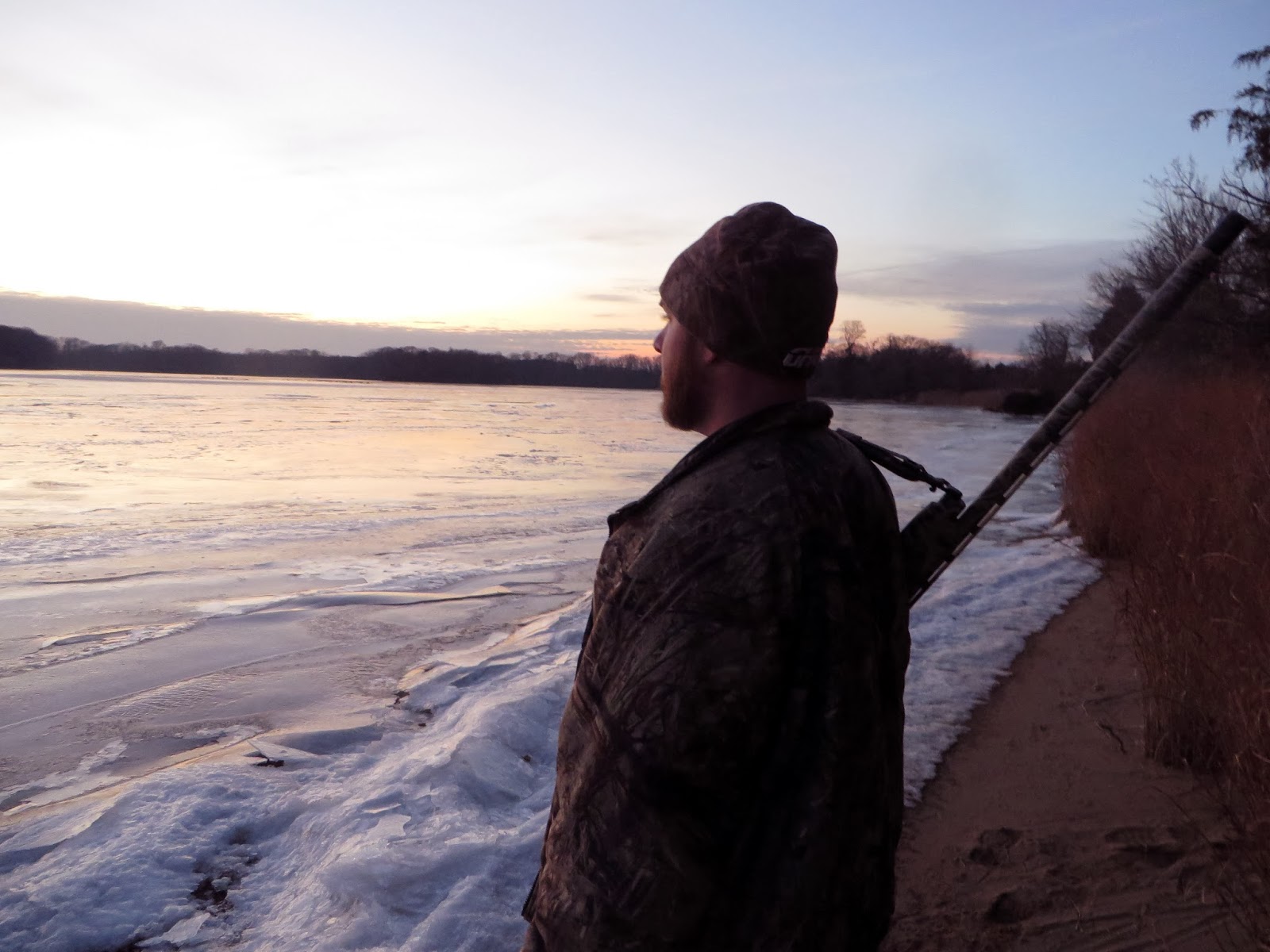 It's getting late in the season.  With less than 1,000 geese and around 500 ducks using the Creek, we are at peak migration (the goose number is low, the duck number is higher than normal).  I expect changes in the weather to wreak havoc with these birds, who are already acting extremely intelligent and who have become quite wary of our hunting shenanigans.  I imagine the end of the season will bring major challenges regardless of the weather, and I admit that in some ways, I am ready for the season to end.  I'm willing to accept that my efforts have resulted in average harvests, average effort and average hardship.  Perhaps it's because I've had enough bad hunting seasons to recognize that this is not one.  Perhaps it's because I've had enough great hunting seasons to know that emotionally, I can't get there from here.   Let's carry on for a few more weeks and see what happens.