Hunted an afternoon via kayak and had the wherewithal to deploy about half of my old diver rig - about 30 decoys.  Also threw out some magnum black duck and Canada Goose floaters.     I really was in the right spot for ducks, and had swimming ducks at 100+ yards checking out the spread but getting no closer.  It was kind of exciting to watch pair after pair of hooded mergansers pitching right into the decoys.  I let them all live.  Several pairs of ducks survived, too, because they flew in right underneath geese that I was trying to decoy in...didn't work. 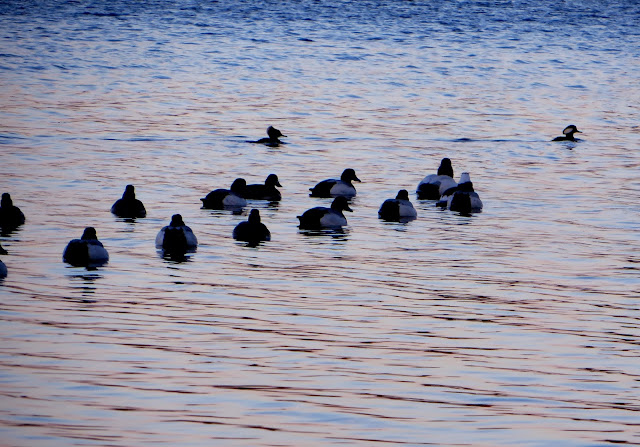 About 600-800 Canada Geese were staging on the leeward side of the next island; I thought I'd paddle over there, beach the kayak, and check out the scene.  As soon as I ducked into some brush, my kayak was attracting visitors: 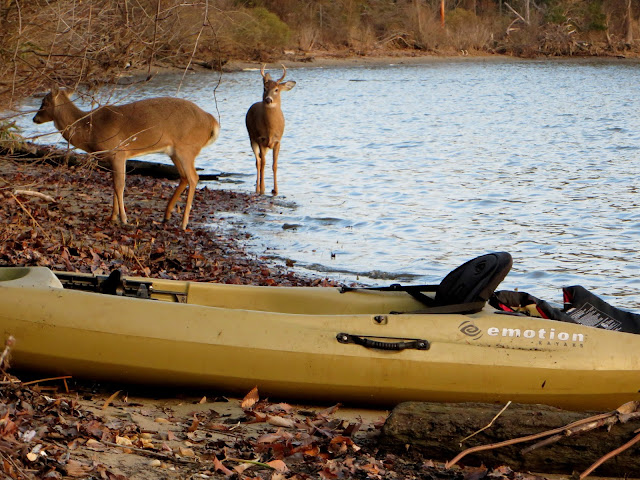 As the sun started to go down, I realized that my island-front decoy spread was in the shade - a problem that resulted in nothing but tundra swans (illegal to hunt) dipping into the decoys.

I got within about 80 yards of a huge flock of geese and waited for them to move.  The time approached the end of legal shooting time and about two minutes after legal, I unloaded my gun.  Of course, that's when this happened: 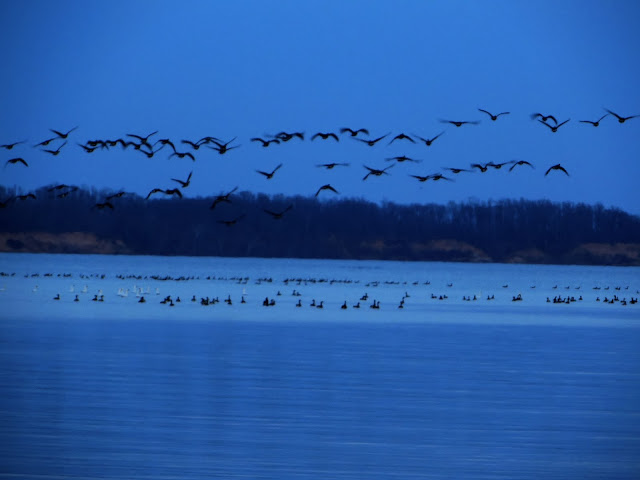 I take legal shooting hours seriously, but apparently other hunters in the area that evening take it less seriously.  I heard several multiple-gun volleys about 25 minutes after legal shooting time had expired.   Then, as the sky grew dark, dozens (then hundreds) of geese circled my tangled up decoy spread as I tried to wrap up the expedition.  It was 50 minutes after legal shooting time, and truly dark, when a group of hunters on the next creek fired 12 shots in a row.  Twelve!

It was really telling to have worked at least three times as hard as my last hunt and to have ended up with zero birds in the bag vs. "a number greater than zero."   I appreciate these kinds of experiences because they really do make me think about what level of work - and level of thinking - is needed to be successful in waterfowl hunting.  Two recent quotes from folks I've met seem to really personify that:

1.  "The short reed goose call has saved more lives than it's taken."
2.  "These geese have already seen every 35 year old man with a pickup truck and three dozen full body decoys from here to Manitoba."

With all of that, it was fun watching hundreds of birds pitch into my spot as I untangled decoys and got them ready for the paddle back to the dock.   Next time, I'll do it differently. 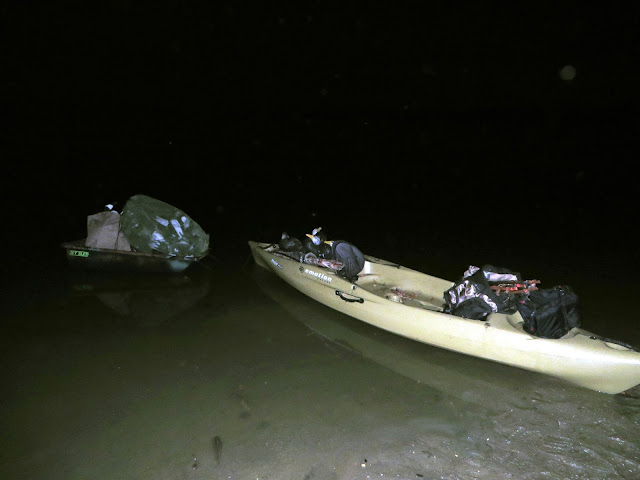 Been there and done that. Still a good outing in the end.