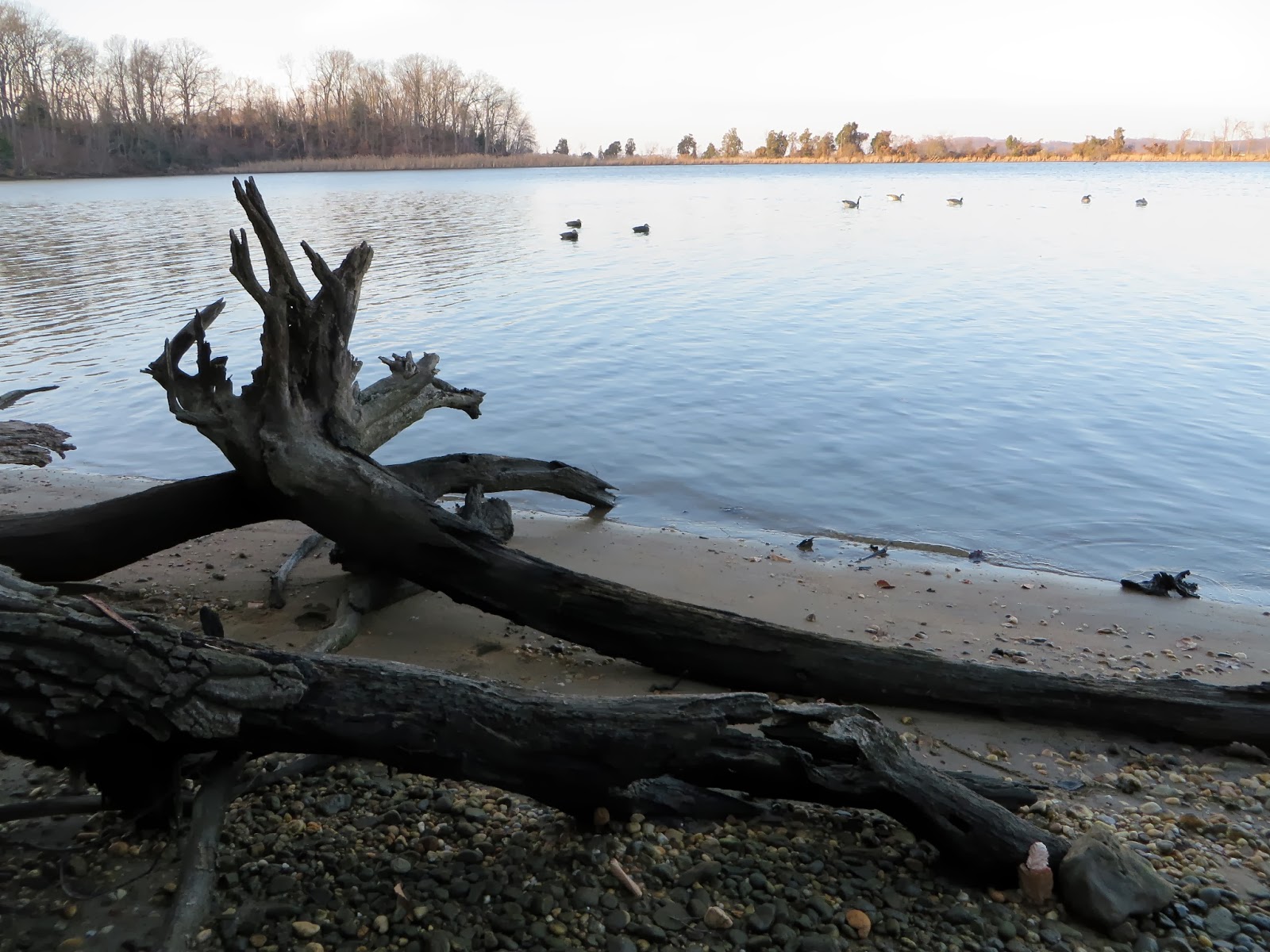 I really wasn't going to hunt in the morning.  Then I decided to go, because I could.  Then when the alarm went off at 4:50am, I was like, nawww.  Then I really did get up at 5:30, and in the truck by 6am.   At legal shooting time I was 40 miles from the farm.  At dawn I was just getting onto the farm road.  I looked at all the gear I'd brought for the evening hunt and thought, nawww.

I paddled out to the island with three Canada goose floaters, four magnum black duck decoys, and three magnum bufflehead decoys.  It was nearly 9am by the time I was fully set up.  The air temperature was already in the upper 50s, and the thin clouds were giving way to bluebird skies.  By all accounts, I should have canceled the hunt. I loaded my kayak full of gear and headed out for a slow, steady paddle to the island.   I carefully set each decoy right where I'd seen each species of bird on similar wind conditions.  Geese to the windward outside.  Buffleheads to the leeward outside.  Black ducks in the shade and calm water.

It took a few minutes to catch my breath after setting the decoys and beaching the kayak - the combination of heavy winter gear, a slow recovery from bronchitis, and the hot air kept me moving pretty slow, but happy.  I put down my pack and heard the wings of about two dozen ducks trying to land in my decoys.  I popped up, which flared them out.  I loaded my gun and thought, "Well...maybe....but probably not....but maybe."

I set my mind on shooting a goose.  Unfortunately they were flaring high over the island's treeline, and my setup and hiding spot were right in the area where they hit the elevator from 40 feet to 120 feet off the water.  Under several flocks of geese were smaller flights of ducks, many of which took a quick look at the decoys within gun range, but I ignored in the interest of pulling in a goose.  That turned out to be a bad move.  Then I finally got a shot at a black duck on the outer edge of the decoys.  I thought I managed a square hit, but the bird dipped a few feet, then regained altitude.  Again...maybe I'd go home with a bird...but probably not.  The thermometer hit 60 degrees.

I was looking the wrong way two more times when ducks flew over the decoys, so I decided to sit my butt down on a stump under a caving-in cliff, and just simply stare out at the small spread of decoys.   Five minutes later, a pair of mallards appeared in the distance, headed right towards me.  They moved left around the edge of the decoys and I thought they'd keep flying around the island.  But they didn't.  I let out a single mallard chuckle, and at the last second, they turned and put down their feet to land 10 yards in front me.  The turn, their descent, and my shot happened within three seconds.  It was 11am, 65 degrees and sunny.  Not the kind of weather where (in Maryland) we kill mallards...or any ducks, really. But I did it - and could have taken even more on that day.  So much for hard work and conventional wisdom... 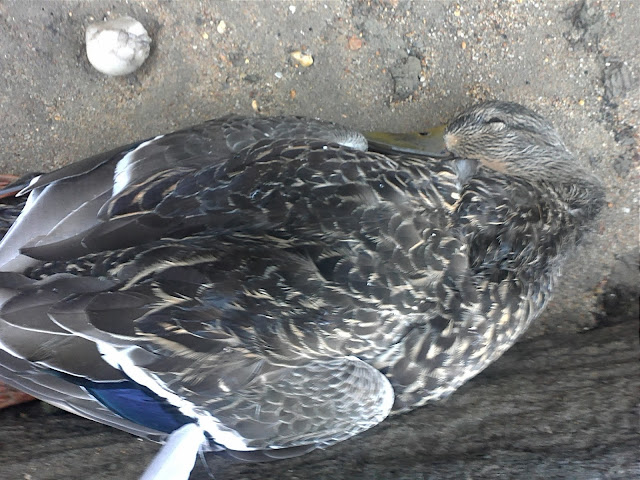 Nice. This weather has been screwy. 51 this morning, 9 tomorrow. Thankfully there's nothing to this global warming....

Less is more...(except with Chive Dip)