A month ago, I had never heard of a polar vortex, and I don't feel smarter for knowing about it now.  I write this hunting report after the conclusion of our first polar vortex in (apparently?) 20 years, as another is set to bear down upon us.  Hooray!

When the thermometer in the truck bounced between -14 and +3 degrees at 4:45am, I knew I was in for a cold day.  Eventually the rascally piece of ice on the sensor flew off, and I got a real sense of what I was up against:  3 degrees farenheit. On the radio, they said the wind chill was -15.  Hooray again!

Fellow blogger and occasional conservation accomplice Steve Kline had invited me over to his lease on the famed Chester River.  Steve and his buddies had been hunting hard for two days with very little luck, and we knew at some point that the thousands of geese resting on the icy river would eventually have to come into the corn fields to feed.  We knew it.   As we set decoys in the frigid pre-dawn, we heard geese cackling on the river, though not as loud as we would have preferred them to be.   Based on calories and warmbloodedness alone, those birds would eventually have to come get some food.   We were simply asking for a small tax: the lives of the first four geese to arrive.

As the sun came up and the temperature did not, it became clear that the geese simply might not fly.  Groups would spiral up off of the river and then funnel back down to another spot just hundreds of yards away....on the river.  It was incredibly frustrating and quite cold.  The only action of the morning ended up being a large white-tailed doe running from across the farm directly toward our hideaway of standing corn (with a few corn cobs still intact).  She pranced and pranced and pranced, and eventually our scent betrayed us. 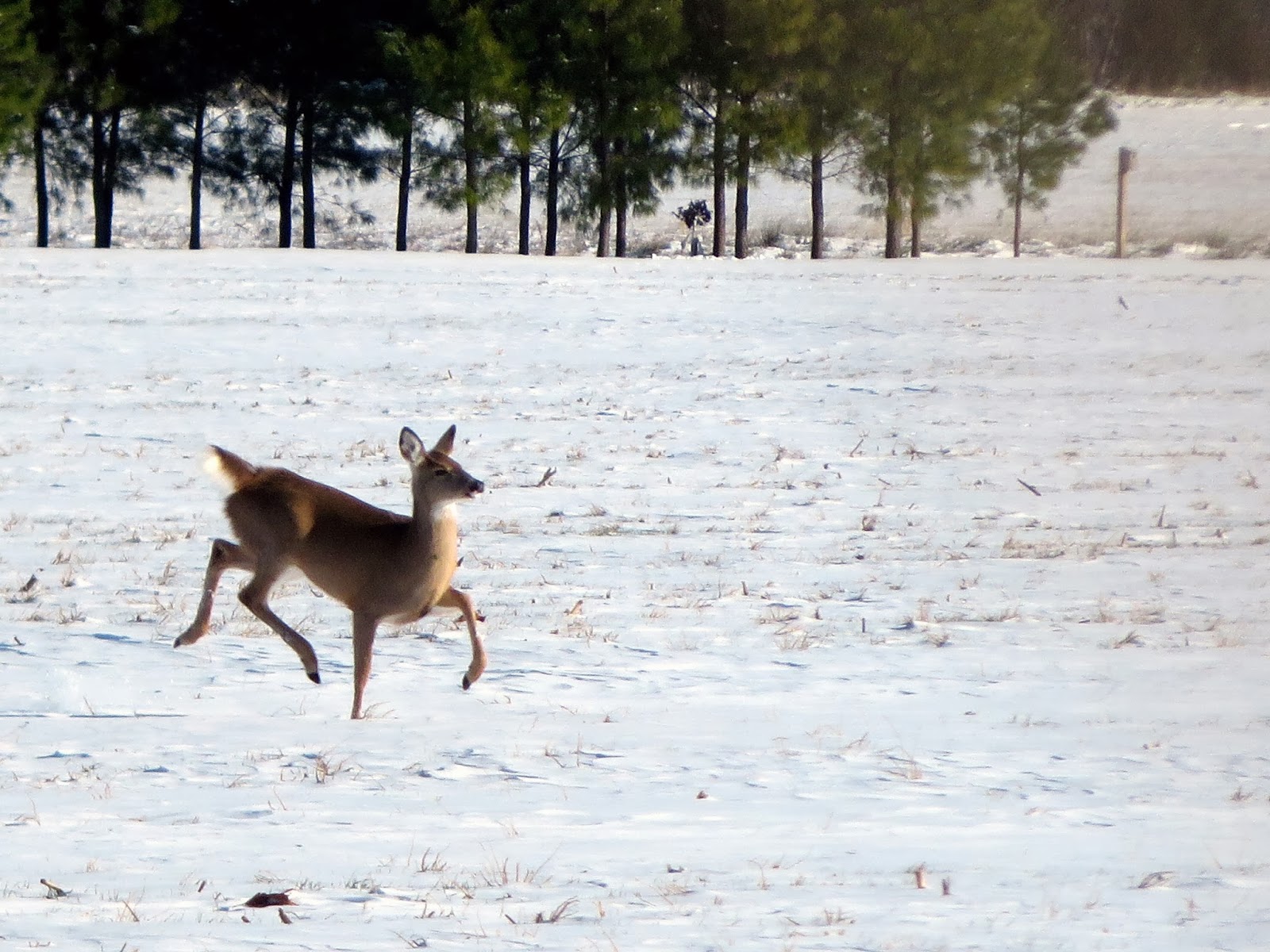 This was a rare saturday hunt - I rarely occasionally take time away from the family to get afield.  Around noon, it seemed clear that the hunt was a bust, not because the geese would never feed in our field, but because I had promised to be home in the early afternoon.  And let's be honest, I was cold. 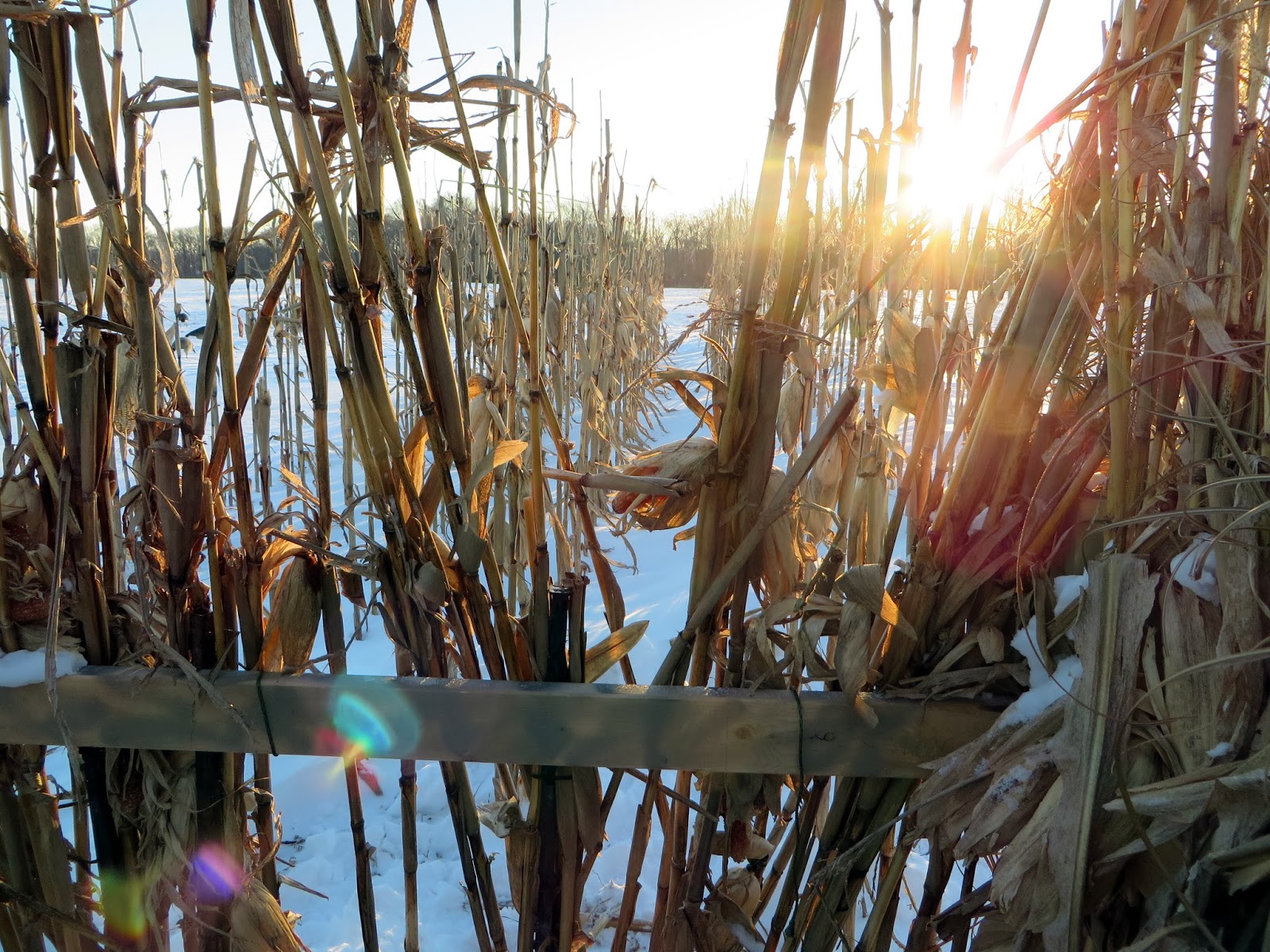 Steve stayed put, and another buddy joined him in the late afternoon.  On this day, the geese did fly, and they sure came right in to Steve's setup.   It was 4:15pm, 30 minutes shy of the end of the hunting day.  For me, a bit frustrating because with better planning, I could have been there, and I wouldn't have missed a shot on these birds.   For Steve, it was the reward for three full days of hunting in the frigid cold and knowing that surely, eventually those birds will have to feed.  Great shooting, Steve. 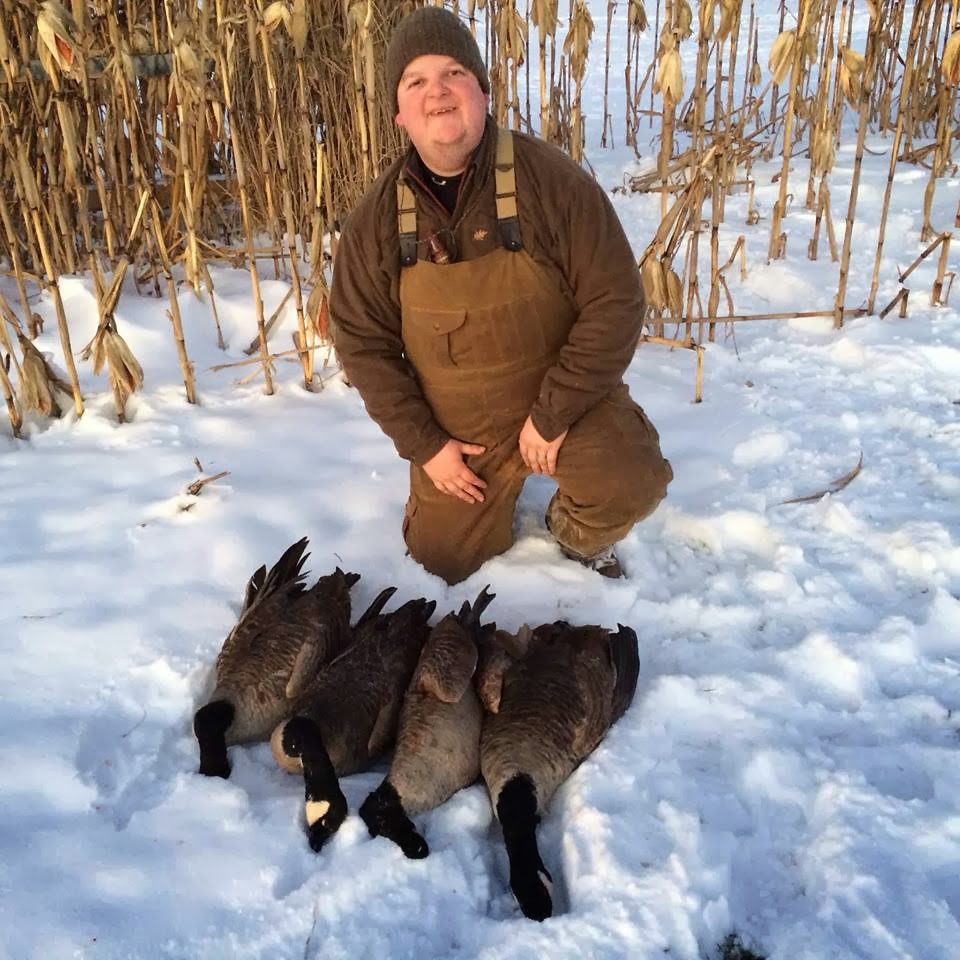 We have been setting up for geese for several days near Bombay Hook....all the birds seem very cagey and decoy shy. 2 weeks ago we saw about 250 ducks in one A.M. session...now they are gone. It has been a frustrating season and I hope to turn that around at the end of this week for the closer.

It's been a WEIRD season for sure. "Our" geese are burnt out and keeping their safe distance. We had about 500 ducks two weeks ago and they left last week. One good thing about this season has been that on almost every single hunt, I have either killed a bird or had "a real opportunity" to kill birds and missed it. Like the hunt in this post, where I went home early, and the guys who stayed ALL limited out. Or several hunts were birds were in my face but the gun was jammed (etc etc etc). I think only once have I been skunked with "no chance to connect." Yet, I've not limited out once, either on ducks or geese. Weird season indeed.

Despite the fact that hunting the polar vortex and the snow that preceded it set me up for a sweet two week bout with bronchitis, the afternoon hunt that Kirk references was the reason we all go out. The birds did it right, piled into the hole the way we like, and the groups were small. The pan-seared goose breast I enjoyed the next night was the fruit of a lot of labor. Only wish Kirk could've hung around.

We've got another week boys, and then it is a long and tormented wait before we can do it again.