I've not been accused of having the most straightforward taste in music.  I like big bold sound and a heavy beat.  Songs about bad times.  Scarred up hearts.  Sound like a good time yet?  Yeah,  you know it does. 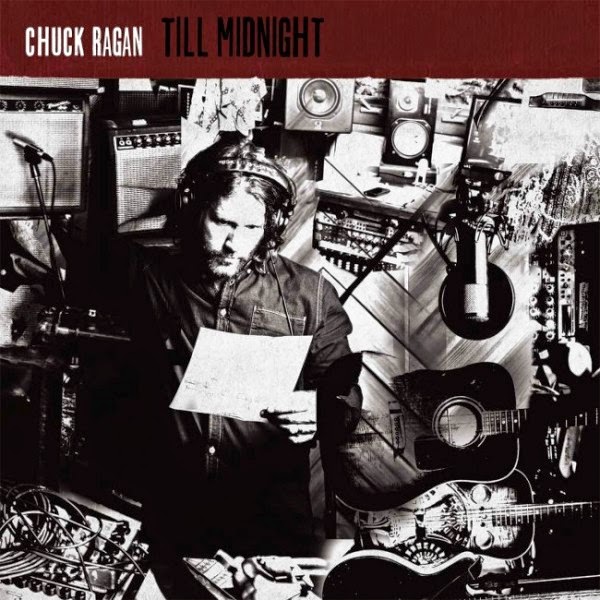 Easily the best new record I've heard so far in 2014 is Chuck Ragan's "Till Midnight."  It's aggressive and heartfelt, and all of the genre's heavy hitting backup cast (Todd Beene, Jon Gaunt, Joe Ginsburg) don't miss a note.  Literally.   Love and loss are heavy and constant, as they always are with Chuck's work.  Since I hate iTunes, download "Till Midnight" (or at minimum, the album's lead-off single "Something May Catch Fire" right here on Amazon.   Prior to its release, the album was already generating attention from Rolling Stone and dozens of other paper and electronic magazines - so you're likely to hear some of these songs in movies and TV over the next year.  Enjoy the single, below:

Next up, and only not the best because it's not new material (but also...Chuck Ragan's new album is really that good), is Tim Barry's highly anticipated live double album, "Raising Hell and Living Cheap: Live in Richmond."  It's due out on May 13 and I'll own the digital and vinyl versions in short order, I promise you.   The recording - a full digital workup - was done in Barry's home town of Richmond, VA without his consent or awareness.  Those of you know are music fans know that this can make for a raw, outstanding recording that really means something to fans.   I've had the pleasure of seeing Tim play for the first time in 1995 and as recently as 2012, and had a frankly life-changing interview with him in 2012 that solidified a lot of things for me in my own life.   I'll edit this post in a few weeks when the live album's for sale, but if you're unsure, this is what it's likely to contain:

Up next is my old pal and fellow Virginian Scott Miller, with his virtually undetected late-2013 release "Big Big World."  I know Scott has no "media budget" or whatever, but still - how did I not know he was releasing another album?  I first met Scott a decade or more ago, interviewed him for the blog in 2008, and I think I last saw him play in 2011 or so (that's what I get for having a kid in 2009).   Scott's music is deep and moves quick.  My favorite song off of the new album is "Freight Train Heart - Stone Wall Love," which evokes early drivin' n' cryin' from 500 miles south of Miller's home.  You can buy "Big Big World" on Amazon here ($8.99 download), or in the meantime, enjoy this old favorite, "Amtrak Crescent."

Last but not least, get you some Hillbilly Moon Explosion, because really, what is life without Swiss rockabilly music?  I realize that up until this point, I've not included any women or even mixed gender artists, and I apologize for that.  Emanuela Hutter is amazing and haunting and scary. And in fact, she is probably more than enough woman for the rest of this list.   Their 2013 album, "Damn Right, Honey" is pretty respectable on its own, but for this summer's listening (and since no one reading this has ever heard any European rockabilly music), I'm gonna recommend 2011's "Buy, Beg or Steal," an awesome, very traditional rockabilly record.  Perfect for a drive on a hot day.  Pick it up on Amazon for a piddly $8.99   And seriously....the title track.  Go go go !


There are many other fine "summer" records coming out soon from the likes of the Gaslight Anthem, Lucero (live album), and many others but I felt like these deserved some notice.  Now get outside and have fun!
at April 25, 2014