My wife informed me on friday night that she needed some time on Saturday to do some "stuff."  I usually interpret "stuff" to mean things she doesn't want to hear me complain about being involved in all day.   For the last 4.5 years, I've also learned to interpret phrases like that is, "Please do something with our child before I lose my mind."   I called Henry over and asked him, "What do you want to do tomorrow?"

I cheated a little bit by starting our Toddler Agenda Day with a "hike" that was actually a "stream cleanup" sponsored by my employer.  Hank didn't seem to mind.

We then headed to Chick Fil A, where I immediately set him loose to play.  I got us some fried chickeny goodnesss (Hank only eats the fries there), and watched him play for awhile, as I sat by myself in a booth nearby.  I got up to ask him to come eat with me, and when I returned, our tray of food was on a table with chairs (not our booth) and covered with wet napkins (I assume, used to clean off the table I was at).  So, keep in mind, there was a table available - somebody (a woman and small child) thought they would just use my table/booth because it was more...???...comfortable? than the table with chairs.  As Hank ate his fries, I tried to get the attention of the Awesome Person of the Week at the nearby booth.  Shockingly, she spent the next 15 minutes staring at the ground.  I hate parents who start conflicts with other parents in front of their kids, so I said nothing.  I also hate being disrespected, which is why I'm still thinking about it three days later. Anyhow, Hank played for a bit longer on the playground and then we hit one of my fishing holes along the Little Patuxent River!!!! Woo hoo!

The weather was sunny and temperatures around 62 degrees, but the water is still very cold.  The turtles were sunning themselves and unwilling to move much.  Hank thought this one was waving at him.  Watch the range of emotions on his face, as the turtle refuses to move (though he looks like he's waving his front left leg):


Believe it or not, we caught fish.  Several crappie (me) and a green sunfish (Hank...sort of).  He was very patient for his age and really tried. 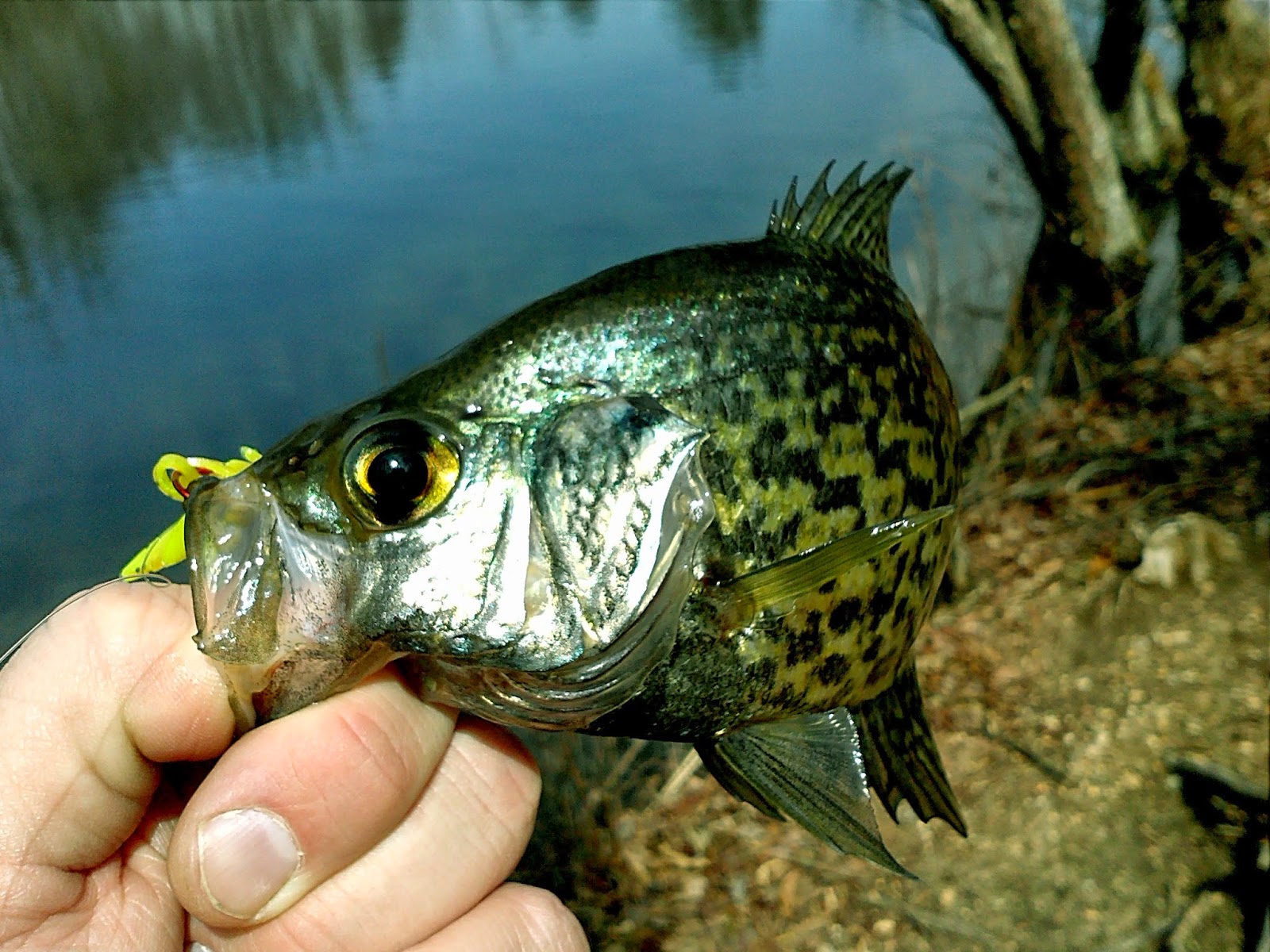 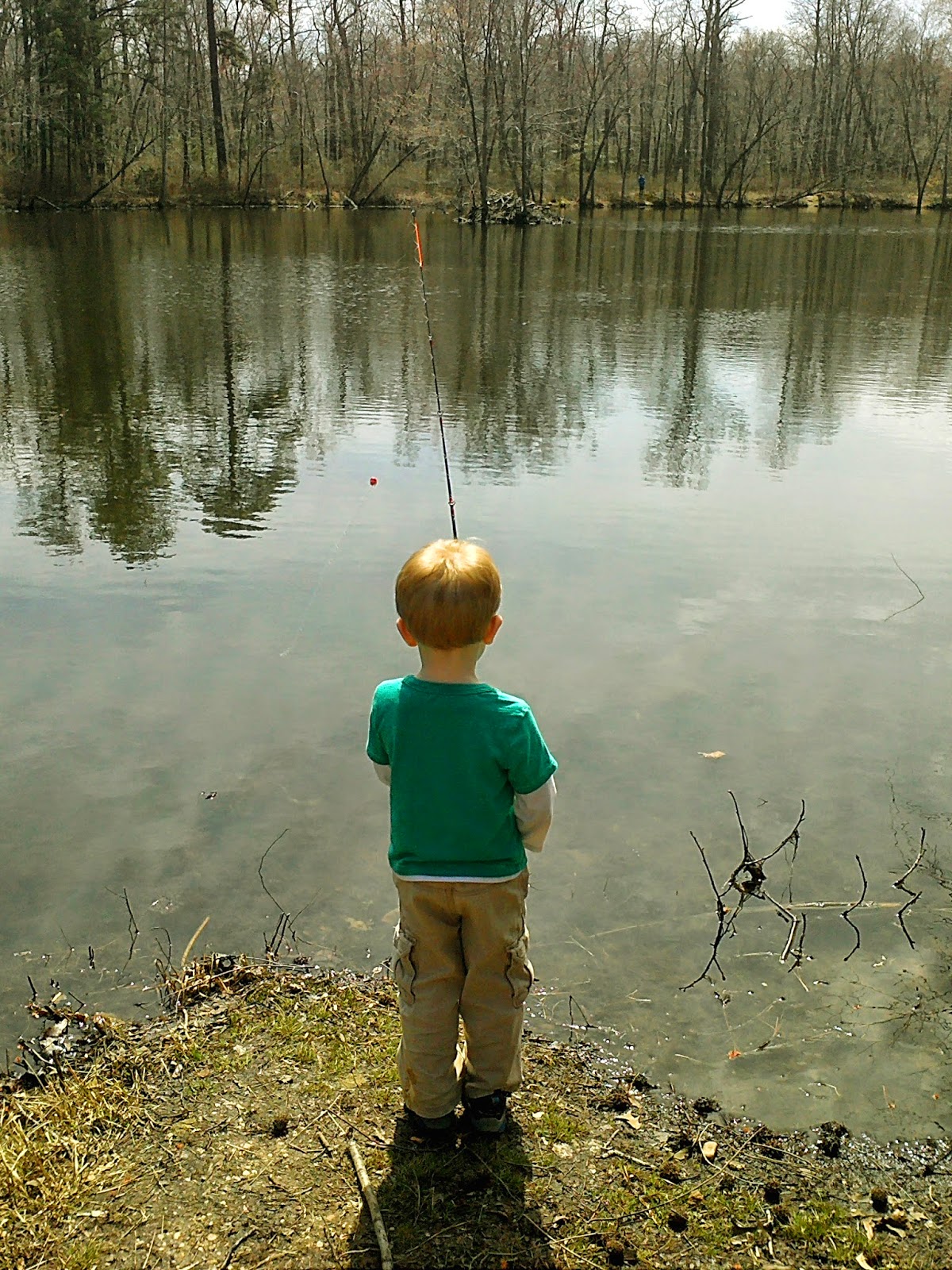 I only have three rules for Hank when we're fishing:

When I caught the first fish of the day. Hank had wandered off to have an imaginary swordfight (stick) with a bad guy of some variety, and he didn't get back to me quickly enough to "help me" reel in the fish.  I honestly didn't care and made sure I told him it wasn't a big deal, but his own expectations for himself overtook him, and that was a hard nut to crack.   He kept telling me he was sorry for giving up and that he wished he was more patient, and he went to the edge of the swamp and sat by himself.   He was really hard on himself, which was hard to watch. 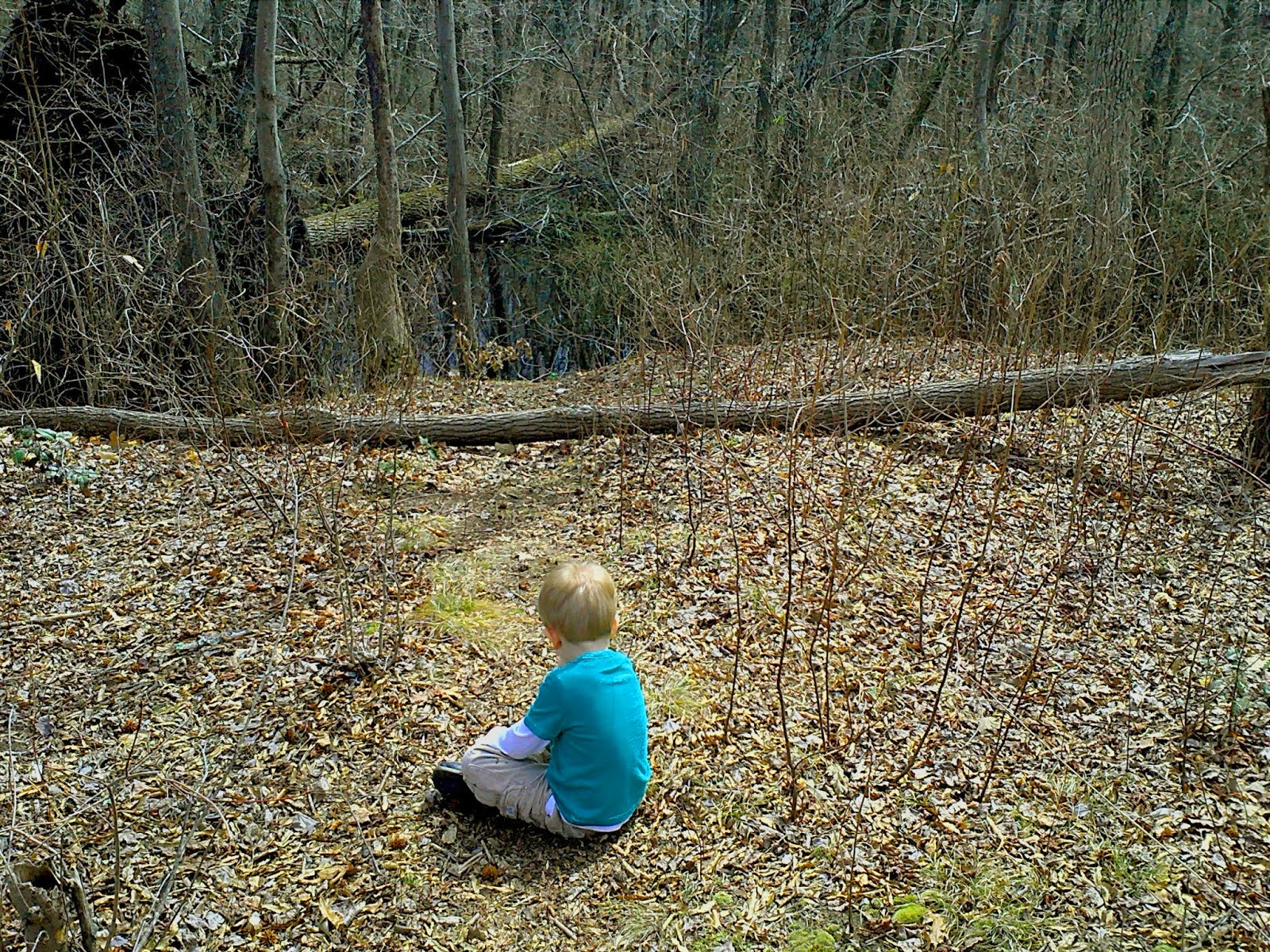 After about 15 minutes he bounced back, and he did get his fish about 20 minutes later.  From there, we hit a gas station for some candy, where Hank saw what appeared to be an escort and said, "Daddy, that lady must be going to a special party!"  Ha ha ha. We hit the neighborhood playground for a solid hour, and finally Hank said, "Daddy, I wanna go home."   We got hot dogs to go and went home to watch Star Wars DVDs and rest my aching legs.

D'aw... so cute. I love that he's learning early the rewards of patience. A pretty great trait. My husband has it, and I am forever trying to learn from him re: patience. I also like that he wondered if the turtle was dead: sounds like the turtle was winning that one! =) Sounds like a great day.

All I can can say is that is some fine fathering! What a great day with your son.