What Do I Tell My Son About War? 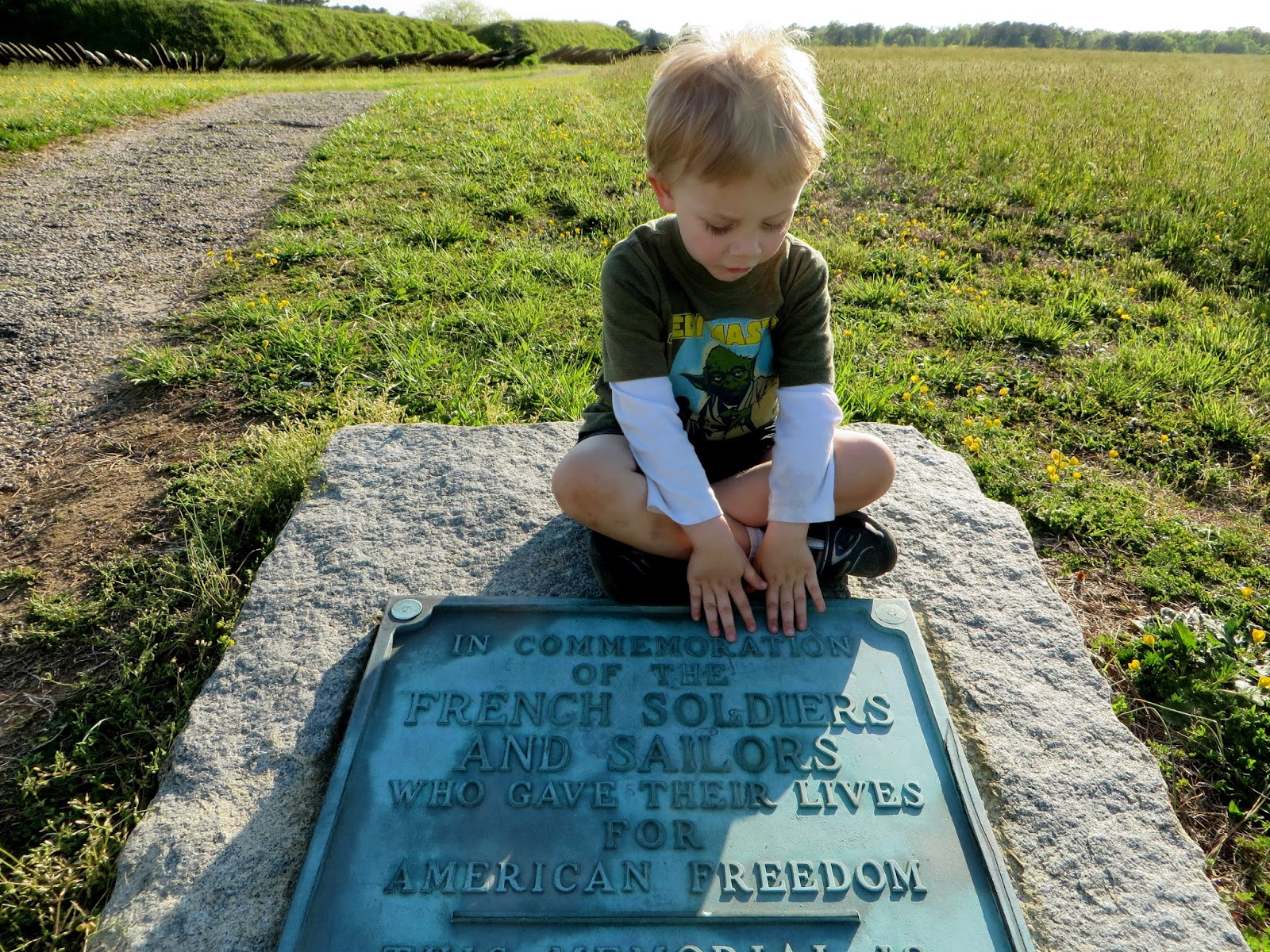 I grew up at the end of a long driveway on a rural road surrounded by ditches designed to drain a Virginia swamp.

My dad, a US Army engineer, used to take us walking at Newport News City Park, on the tract formerly known as Site of Peninsula Battle of Dam #1 (1862), and one of my favorite places to take family visitors was the Moore House, where Cornwallis' British Army signed papers of surrender to the American rebels in 1781.   Hidden in the trees was much more - Nike missile bases, a CIA training facility, and the Navy's underground bunker and next door deep harbor for loading small nuclear payloads onto warships and submarines before they quietly slipped out of the Chesapeake Bay and into the Atlantic.  I grew up around war in the 1980s. War was what we learned about - our grandfathers' struggles in World War II, and our fathers' struggles in Vietnam and the Cold War.  I don't run from it.  I believe that some armed conflicts are necessary.  Some horrible weapons are necessary.   I'm proud to be an American gun owner, to top it off.

Now I have my own son, and I'm unsure of what to tell him about war.  He loves superheros and Star Wars. He loves the Lone Ranger too.   He thinks about a lot of heavy stuff, and he's asked a lot of questions about dying and "being dead."   As we travel the east coast, our destinations are dotted with history - largely, the history of warfare and of enormous human sacrifice in the name of ideas that were very important.  He has seen a soldier's headstone in a historic cemetery and he asked, "Was it a good soldier or a bad soldier who got buried here?" 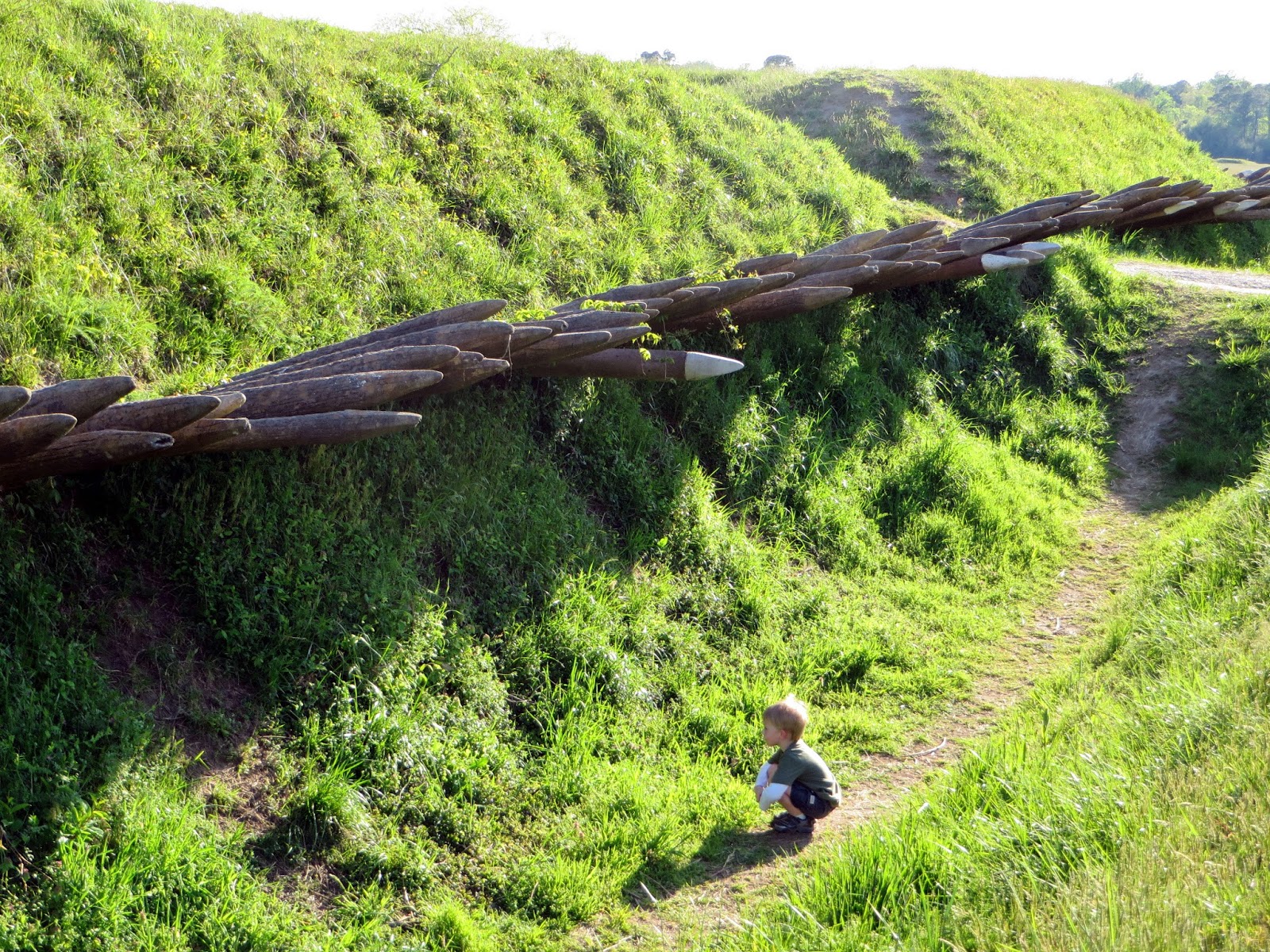 Now, please understand, I've never had a psychology class or a childhood development class.  I've become a pretty good student of people, though, and maybe that's enough to get us through this.  Here's what I'm going with:

1.  Sometimes the rules are important enough to fight over

3.  Some things are so important that soldiers will go somewhere dangerous to make things better for everyone who can't fight.
at May 08, 2014

Sometimes we have to fight wars to make sure our kids can grow up in a society that can ask questions about war.

I agree with that wholeheartedly. But having to explain it to a child makes me think of "Green Fields of France,".....

And of course, we're just talking about conventional war here. I'm pretty sure that a majority of the CIA's 50+ known foreign assassination attempts in the last 70 years have not been for the cause of "freedom," but merely convenient politicking at the time. How to explain that, in amidst a father-child relationship that places values on people, their opinions, and their individual lives? "Well, sometimes you say the wrong thing in a speech, and the CIA flies in and poisons your meatballs. That's life, son!" I think we can do better. Just don't know how. Yet.

I think the best way for a little kid to understand war is good vs. bad. Even though we all know that war (the actually killing and dying) is always bad, young kids seem to recognize that the "good" people should prevail over the "bad" people. My son and I are reading a kid's book about Gettysburg and he always asks if Lee or Pickett or Longstreet were the bad guys and I say pretty much yeah and he says ok good. I try not to celebrate the killing and dying part but just recognize the sacrifice and general nobility of the cause.