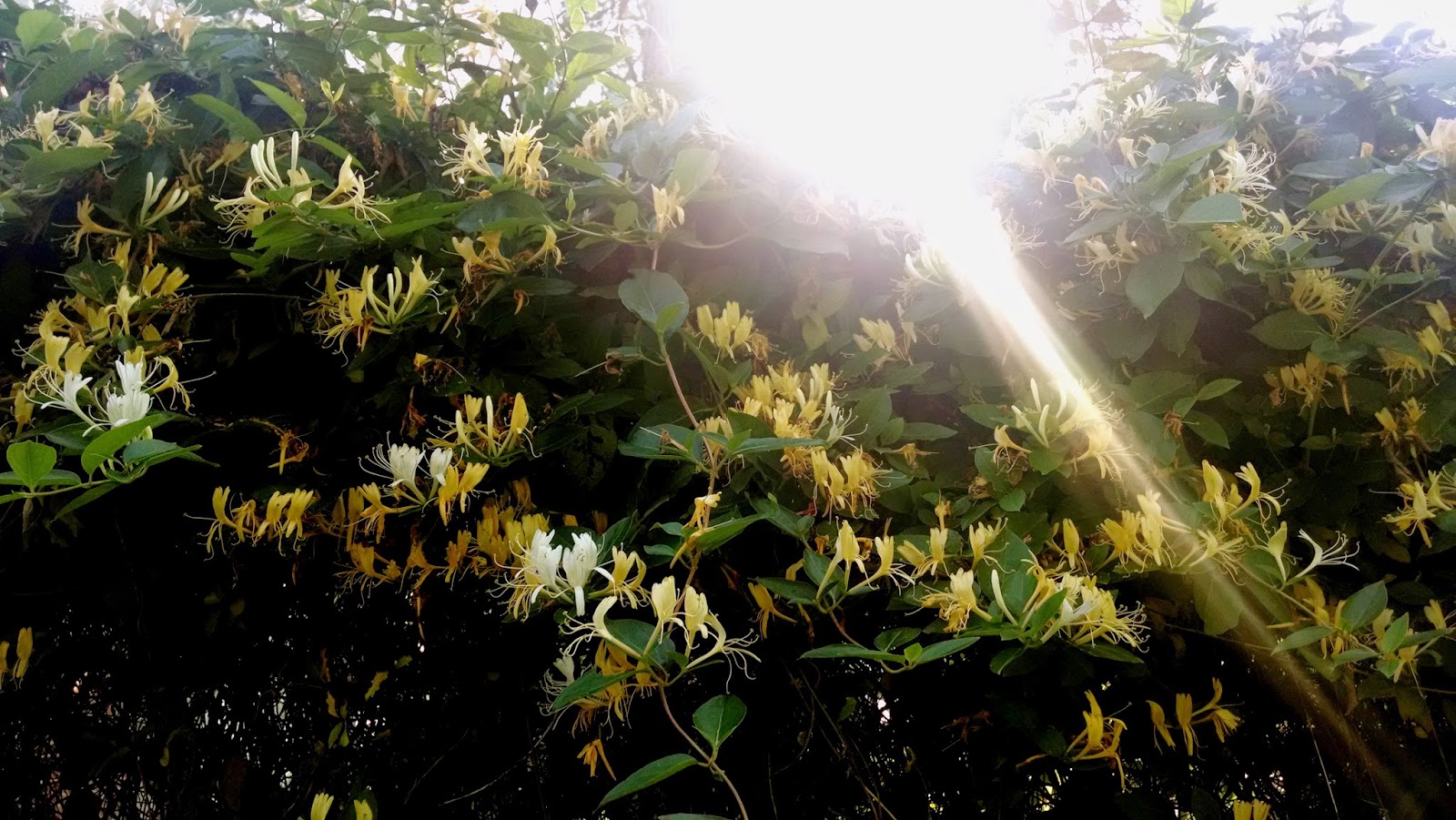 The first week of June in Virginia's Tidewater brings the climax of the honeysuckle bloom.  It is a part of early summer that now seems as native and prescribed as the darkening of the maple and gum leaves from their chartreuse spring color to the forest green hue they need to survive the Virginia summer sun's beating drum. That the honeysuckle, a Japanese plant, is not of here seems hardly consequential and in some ways, hardly accidental.  The mixed golden and white blooms cover everything, masking the onslaught of their invasive overgrowth with a perfect sweet scent that can be identified from a thousand feet away. The rusted tractors and plows of failed tobacco farms, the emptiness of abandoned rural trailer homes, roofs now collapsed, that arrived with hopes of factory work in a nearby town, these things all melt away under the greens of the leaves and the bountiful blooms of this foreign plant.  These are the honeysuckle blues.

Since my childhood I have enjoyed walking among the honeysuckle blooms.  I remember standing at our rural bus stop, every year for at least a decade, and picking the blooms as we waited for County Bus #69.  If you pull the female filament carefully out of the bottom of the flower, drawing it gently from its casing, a generous drop of sweet nectar will come with it.  As children, we became experts in the art of extracting these perfect drops of sugar, even if it was for only a few weeks a year.

I set about on a walk as I often do this time of year, taking advantage of the early sun and light, fickle breeze to free my mind of the entanglements of so many conflicts.  Much of the year, the relative quiet of the outdoors allows the created and assumptive problems to fall away, revealing the core of most matters.  A need for a conversation, a simple confrontation, or most often, a need to forgive or at least forget.

But the honeysuckle bloom beguiles. On my walk, I find that I cannot even force myself to think of problems, of conflicts, of torment.  My mind is filled with the scent of the honeysuckles, and then the calls of the birds in the trees.  Blue Jays.  Mockingbirds.  Robins.  Catbirds.  The summer birds are all here, on their nests.  The sound of a big woodpecker drumming on a rotting maple - really the only value other than shade that the shallow-rooted, easy-splitting red maple provides in life or death.

And that is the sort of thing that brings itself into my mind, saturating my entire mind and preventing me from thinking about problems, consternation, and tribulations.   I try to dredge up one of my "problem projects" I'd like to overanalyze and I'm simply met by the smell of honeysuckles and the shadows under me of birds flying over me.   No problem will be solved here by me, no matter how far I walk,  for honeysuckles cover every abandoned chain link fence, every abandoned cattle pasture.   But neither will any problem overwhelm me as it might otherwise.  These are the honeysuckle blues.