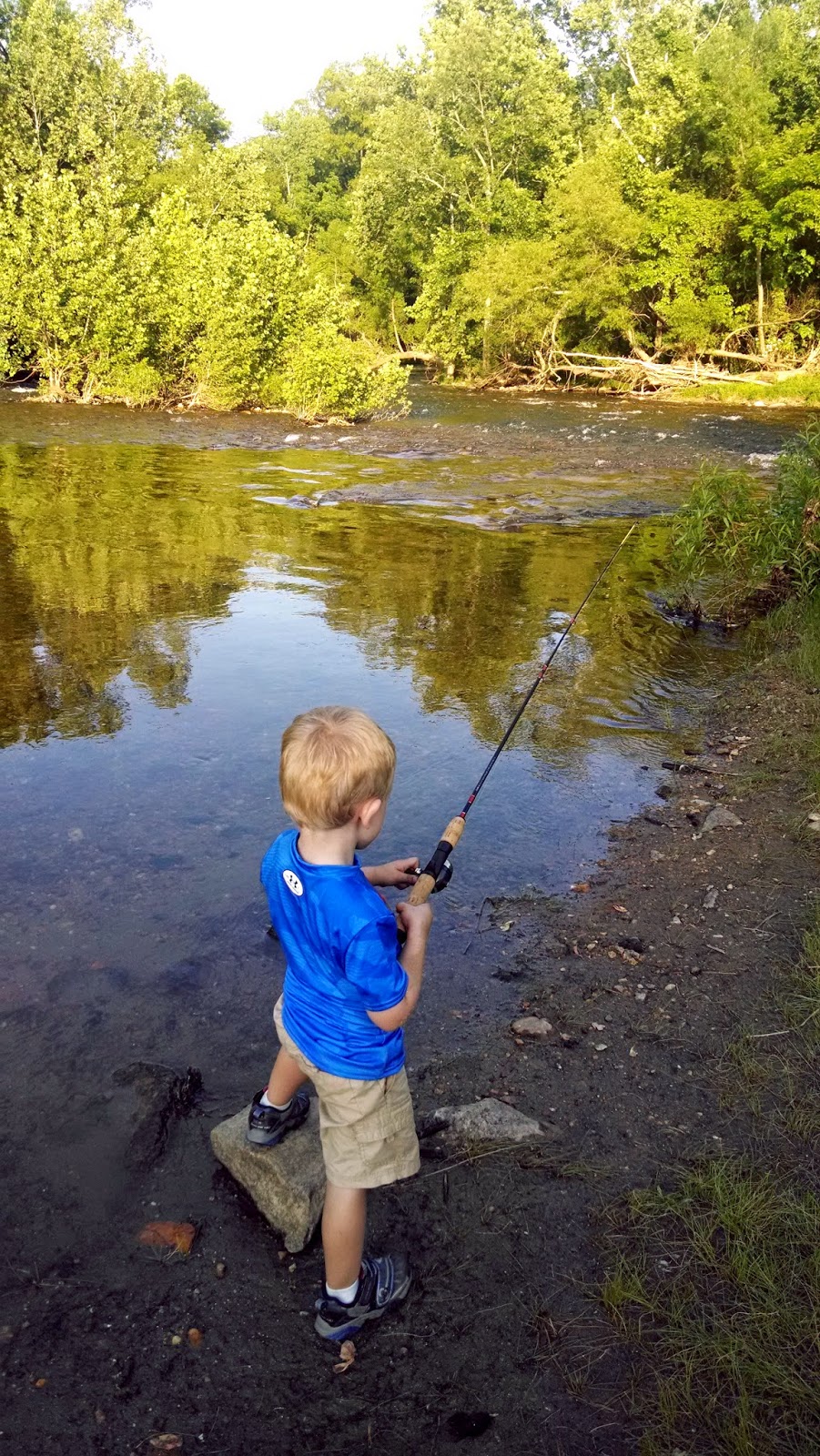 Complacency.  The mother of all confusion.   But also the mother of learning that things change - that they are always changing.

One morning I asked the now 4.5 year old Hank what he wanted to do when I picked him up from preschool.  He said emphatically, "Go fishing!"  Of course, I thought that was great.  I put some basic gear in the truck (including extra juice boxes, oreos, and some other garbage), headed out to work, and went through the day.   When I arrived to pick him up, he had told his teachers, the school director, and apparently everybody else that he was going fishing.  Again, I thought, "this is great!"

Once in the truck, I asked him if he wanted to fish at a pond, a lake, or a river, knowing that I really wanted him to say "pond" because it would be much more manageable for me to watch him at a pond.  Plus, the shoreline fishing is usually much, much easier.

But he said, "River," and so we headed below the tailrace of the Loch Raven Dam on Maryland's Gunpowder River, just a few miles from home.   And that's when the changes were apparent.


Hank tied a senko worm onto his line (no hook) with a sloppy shoelace knot.  I had no idea.  He expertly cast his BPS "Youth Maxx" (or whatever) rod out "several feet" into the river, and he reeled it in without a problem.   All the things that had been frustrating him about fishing for two years were suddenly easy. 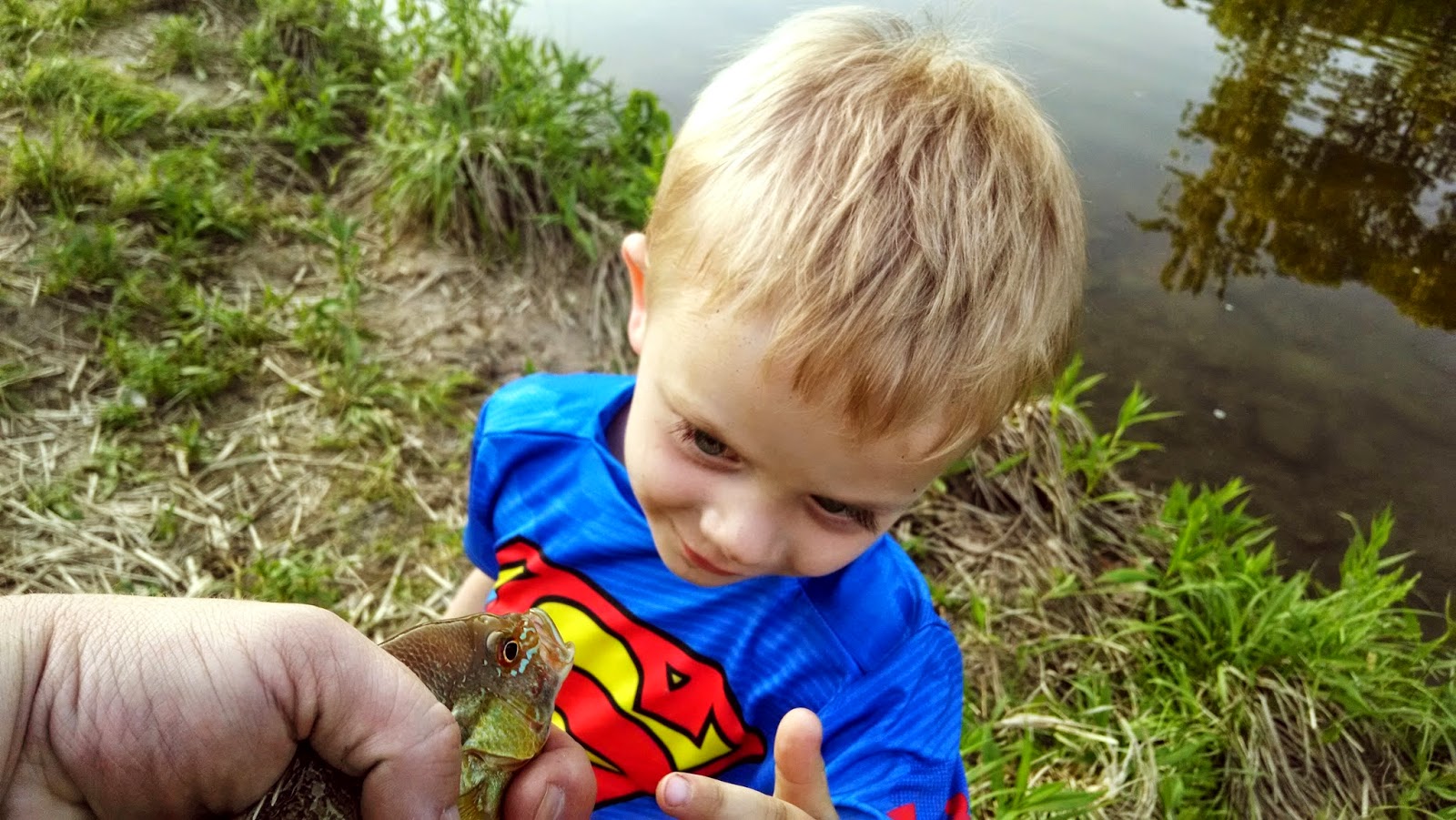 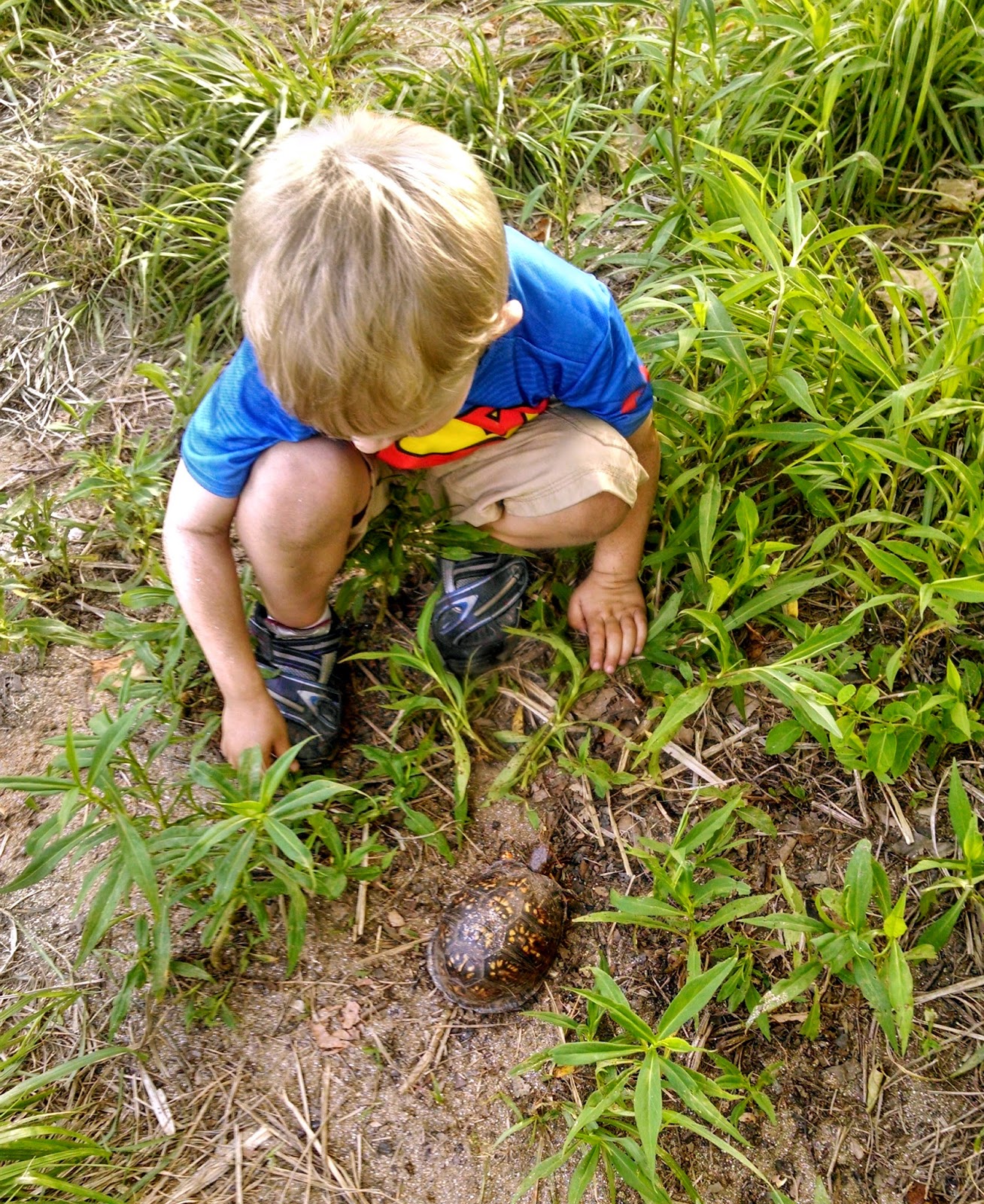 Now, it wasn't all perfect.  Hank has a strong habit for sniping fishing spots.  Once he got set up, I'd slide down about 20 yards to a reasonable spot, you know, sunken log, pile of submerged rocks, etc., and would start casting.  As if the miracle of time-space continuum flight had occurred, Hank would suddenly be next to me, tossing his giant hookless worm with a SMACK right into the hole I was targeting.  Bye bye fish.   I finally decided to use it to our mutual advantage by targeting a hole far outside his casting range.  He moved next to me, flapping his dastardly rubber worm around.  I hooked into a nice sunfish and immediately gave him the rod.  As kids tend to do, he first panicked and asked, "What do I do? Where is the fish?" Now, we have been through this exercise before, so I stayed calm.   "Just turn the reel and hold the rod."   Sure enough he turned the reel and held the rod and the fish appeared.  This brought out the war chant, "I got a fish by myself with zero help!" Classic.

I had a chance at a nice bass that was chasing small fish around in the cobbles, but I couldn't get the presentation right.  Flat out ignored.  While the boy spent almost half his time not fishing, he kept coming back to it and he (for once) stayed within my eyesight.  He also seemed to enjoy finding fish that he could see.  We fished far too long, actually, and eventually called it quits when the sun started to go down.  The snacks had been eaten and Hank was talking an awful lot about french fries.    Definitely looking forward to next time.... 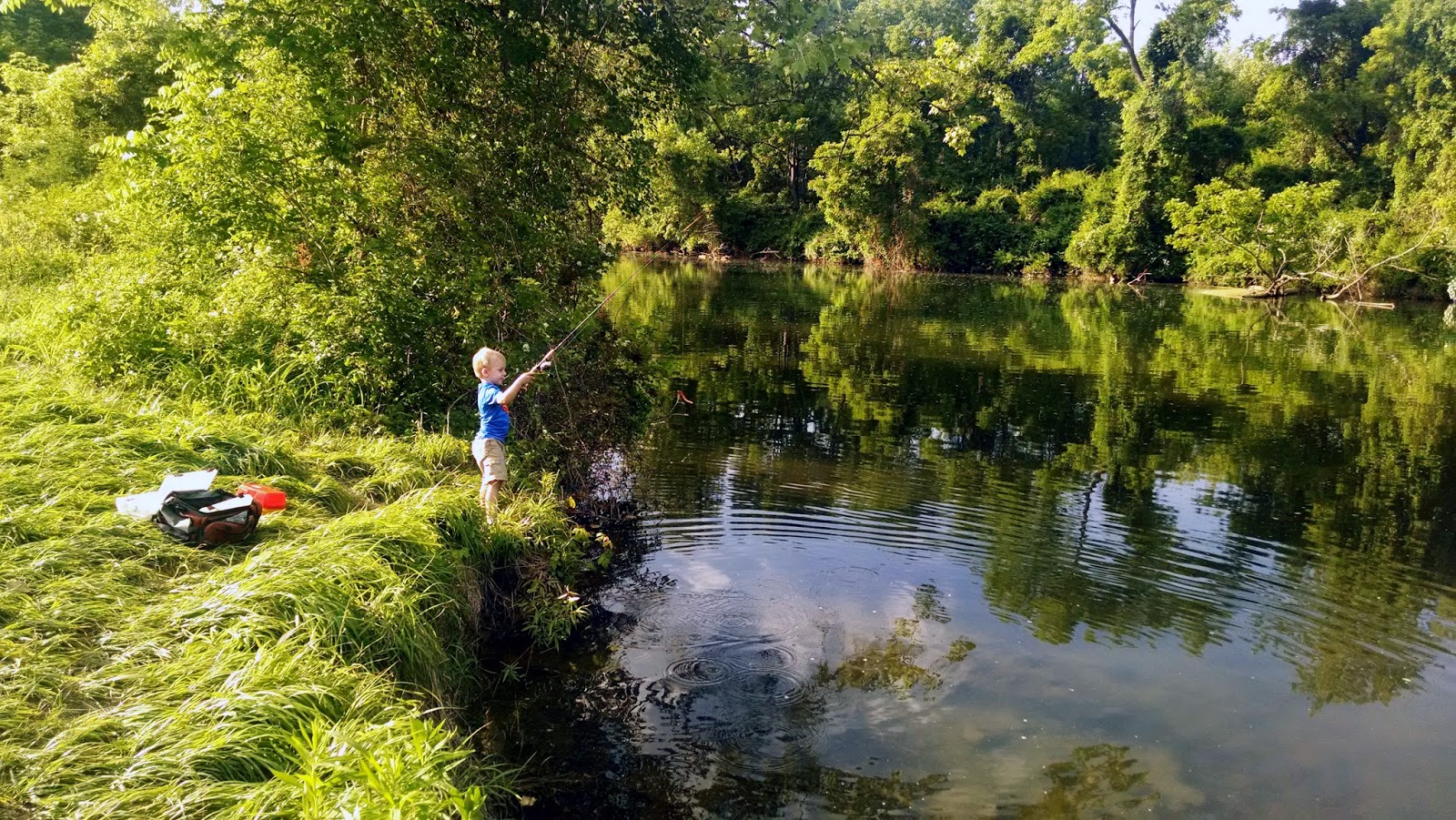