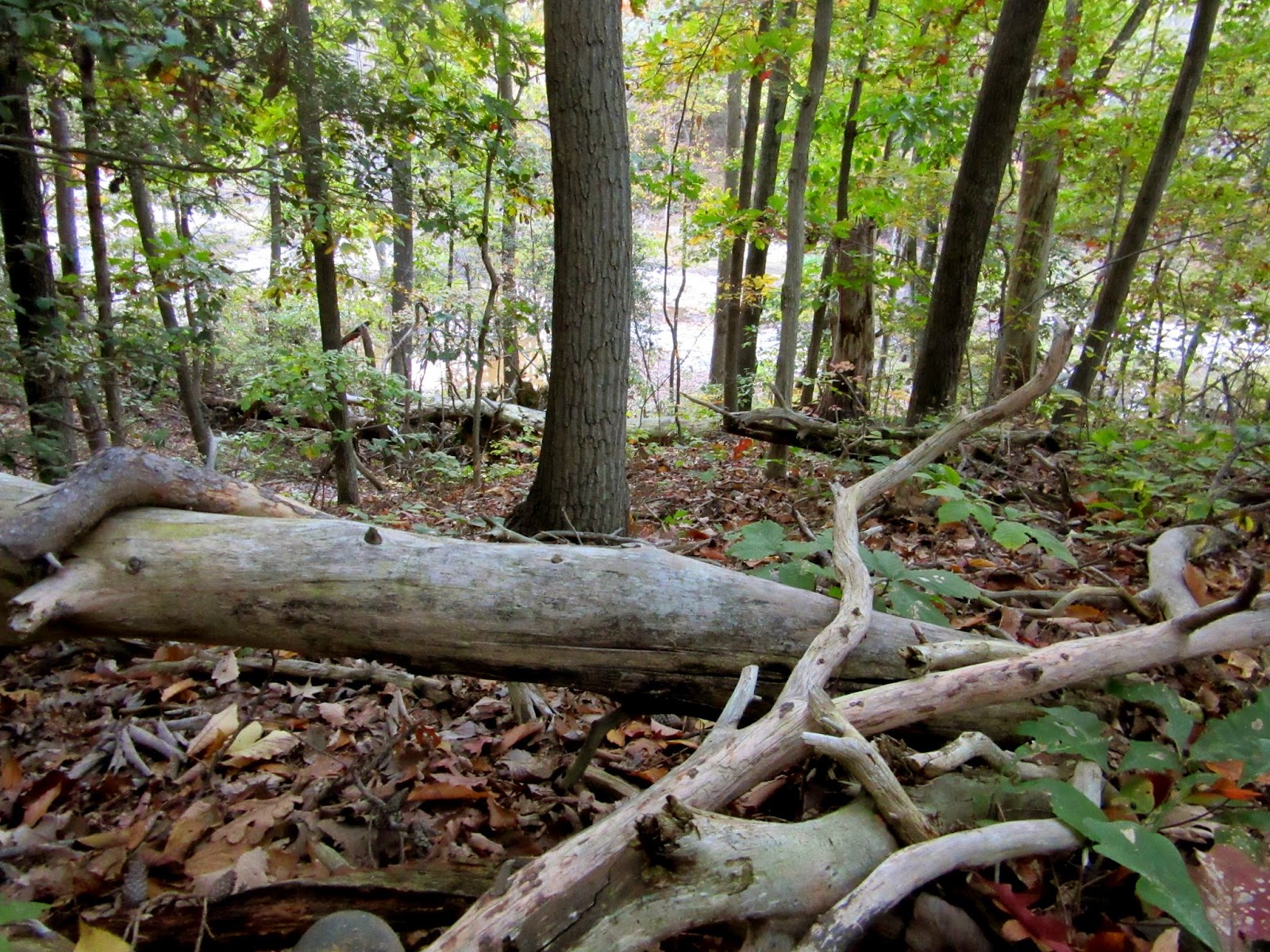 Having not seen a single deer at my first "genius" bowhunting spot in the swamp (beaver dam crossing), and having listened to an army of them behind and uphill of me during my last hunt,  I crafted up a hide behind a two-trunked poplar tree between two draws, near the top of the hill.

Once again, I hiked in, no lights, no moon.  Unlike my last hunt, I didn't hear a single deer before sunrise.  7am passed.  8am passed.  At almost 9am, I saw my first deer, stepping carefully through the swamp - a healthy 6-point buck.  He got on top of the beaver dam and slowly ambled his way across it, having to hurdle the two logs I hid behind during my last hunt.  I could have killed him with a rock!

Had I been there.

No, I was up at my genius new hideout, so as soon as I saw him crossing the dam, I stalked him down through the woods and finally got to about 40 yards.  Unfortunately, he stayed hidden on my side of the swamp, never providing an open shot, and angled away from me.   I took several deep breaths.   That excitement was worth getting up for, there's no doubt about it.  I was thinking about checking my phone when I heard a deer walking above and behind me - it was the 6 point - rooting around in the leaves about 5 yards downhill from the Genius New Hideout....where I was not sitting.   I was sitting, facing the opposite direction, about 25 yards downhill from the animal.  I slowly turned, and he saw me and flew out of there.  Hmph. 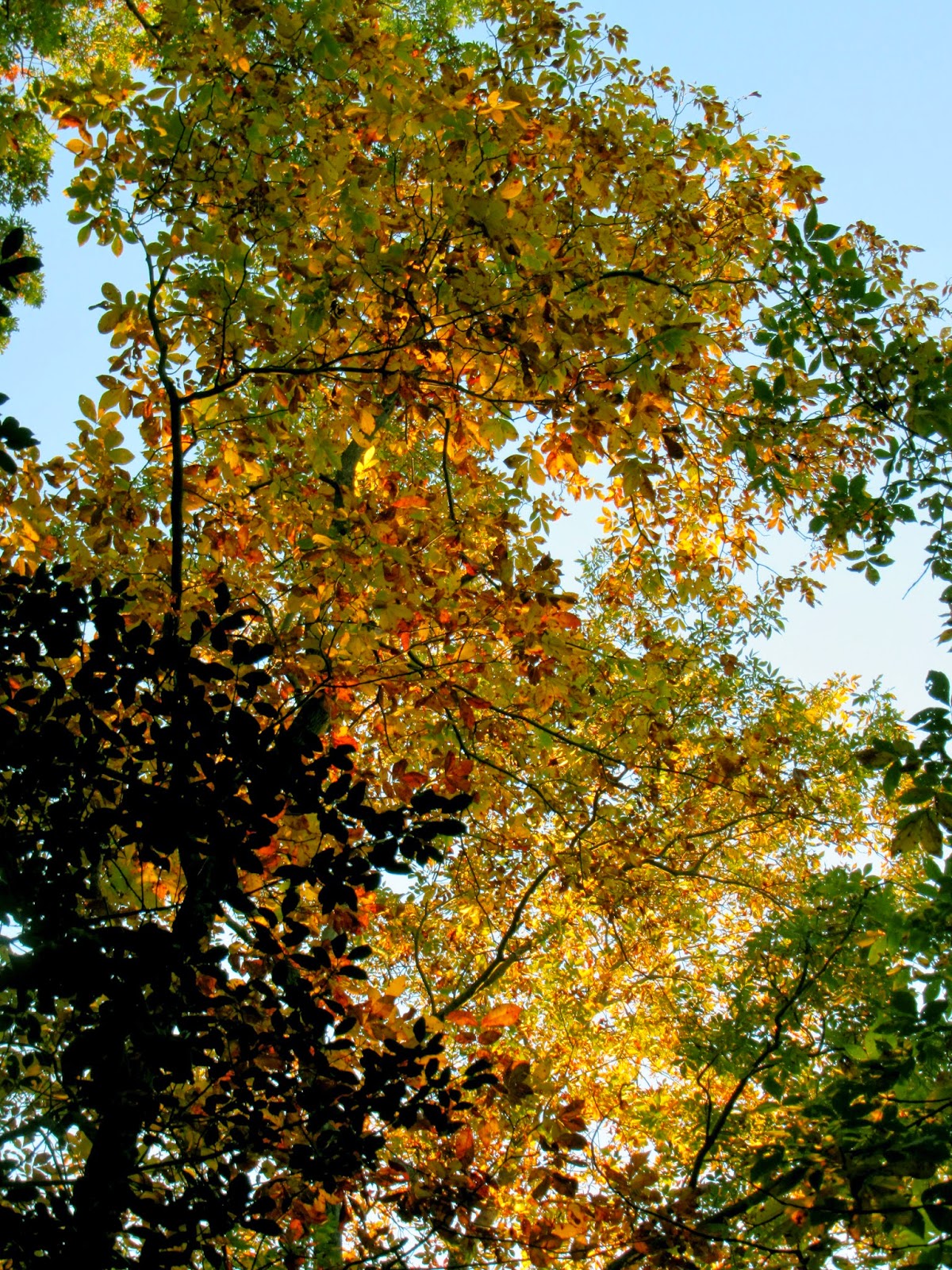 About three minutes later, I heard more hooves moving and thought, "He's coming back! He's coming back!"  Finally, after two years of walking around in these woods, I am noticing that the white oaks grow in nearly a straight/diagonal line across the slope, allowing the deer to check each one as they pass through.  Both the Swamp Log Hideout and the Genius New Hideout are within 5 yards of that trail.  If only I could sit still in one of those locations.

The deer coming into the area looked to be the same size as the 6-point, but I only saw pieces of him.  He stepped behind a big poplar and I could tell he would keep walking.  I shouldered the crossbow and when his head cleared, he was still foraging in the leaves.  Breathe in, breathe out.  18 yards, maybe 20.  So easy.  As I was about to shoot, he raised his head, displaying two 6" spikes....an 18 month old buck, not the 3 1/2 year old I'd just seen there.   I exhaled, which he heard, and he ran off.  I'm glad I didn't use a buck tag on such a small male.

And that was it - the wind picked up and the deer bedded down completely.  Soon, I plan to hang a stand in that area to allow me to draw a bow or shoulder a crossbow without being worried about what the deer see.  I'll probably also build a more formal ground blind to hunt in a cross wind.

All in all, another great morning.  I think success is coming soon.
at October 31, 2014