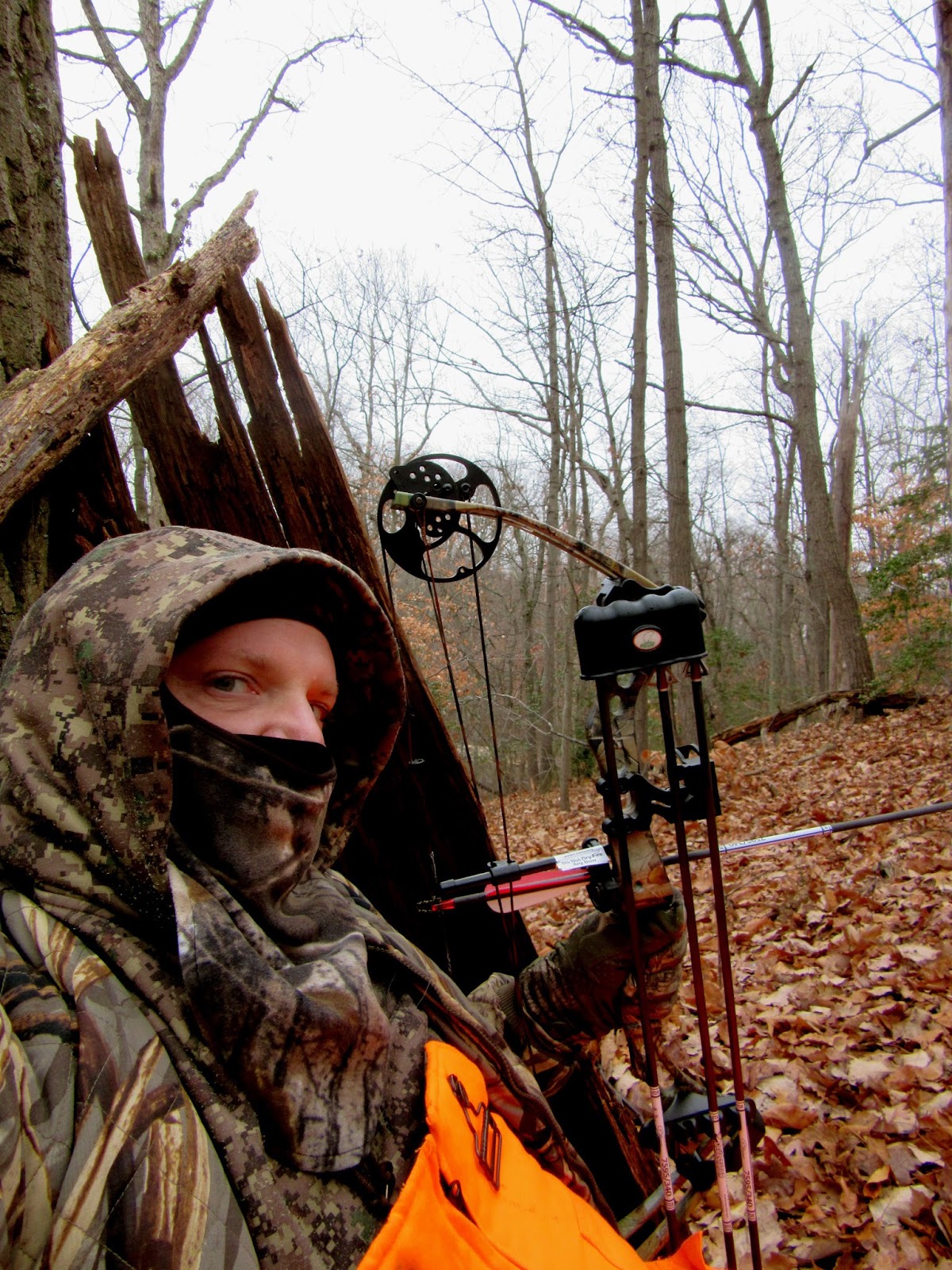 As the afternoon snow was still falling, I finally broke free from the office, threw on my blaze orange overalls (it was deer firearm season), and hit the woods.  The wind was blowing like hell and the air right at 32 degrees, so there was no way I was climbing up in the stand.  I was set up quickly, and quickly noticed that the wildlife were subdued by the cold and the snow.  I glassed the valley for deer on the move and found none.  Eventually, my eyes grew heavy and I knocked off for a few minutes, arrow already nocked.

I awoke to the noise of an animal nosing through
the leaves for acorns.  Thinking it was a squirrel, I yanked my head up and startled the spike buck that was standing six yards in front of me, barely uphill.  He saw my head, and let out a weak alarm cry, jumping off into the distance as my head and eyes cleared. 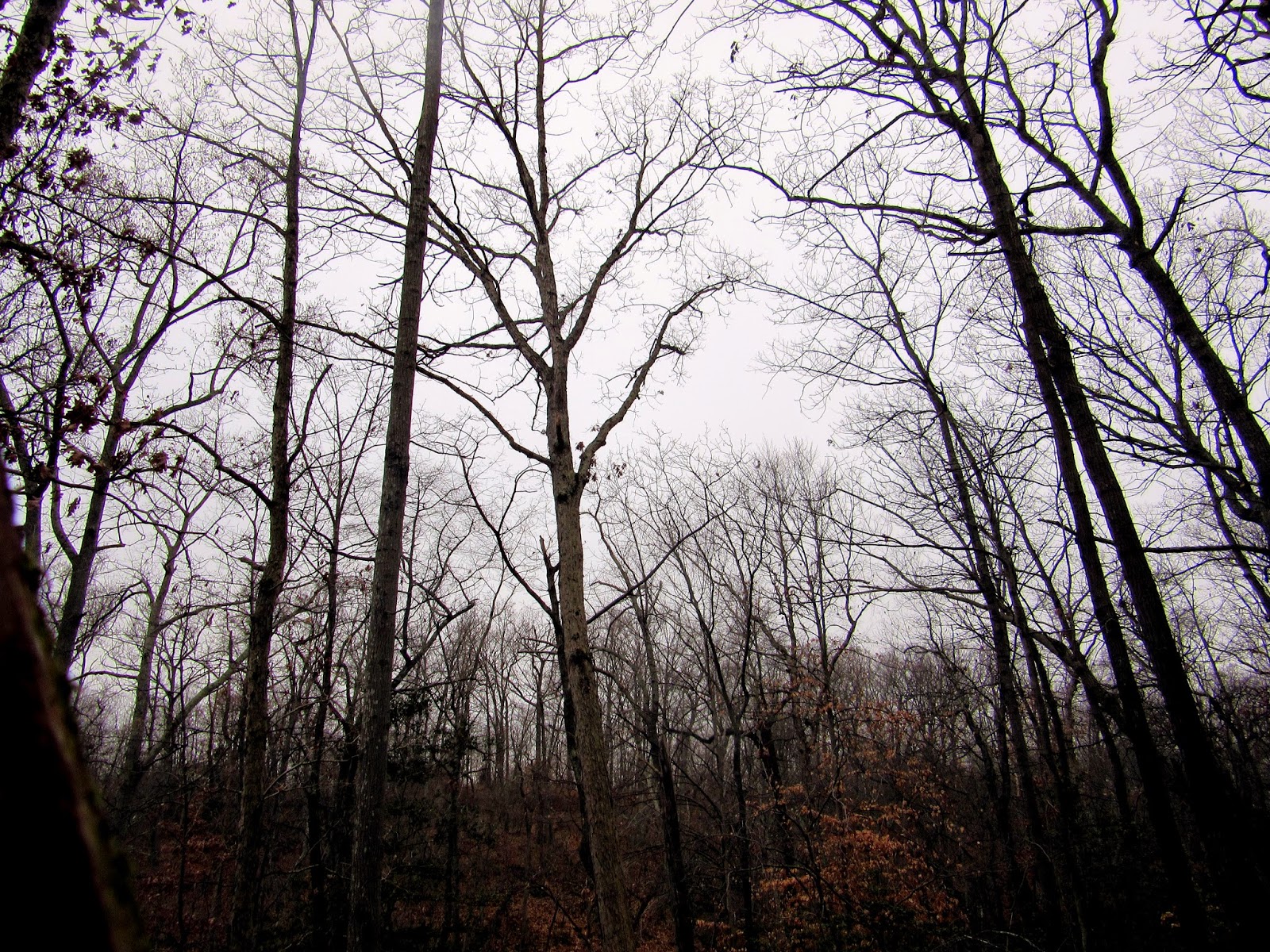 And that was it.  You know, honestly, the nap was well earned, and I'm still not overly eager to punch a buck tag for a spike buck.   At least those are the kinds of things I tell myself.

As I get older I find that naps are an integral part of the hunt...

BTW, enjoyed your Cooper AT/3 review from a couple years back. I just found it while Googling Cooper tires. I'm about to put new tires on my Tundra, and although I probably won't go with the AT/3 just because I need a three-ply sidewall for where I drive, it was a good review.

Thanks for the note, Chad!

I really enjoyed the AT3's and got nearly 100K miles on them. Ultimately, I couldn't make the price work when I needed to replace them, and ended up buying General Grabber II's instead. Here's hoping they hold up as long as the AT3's.