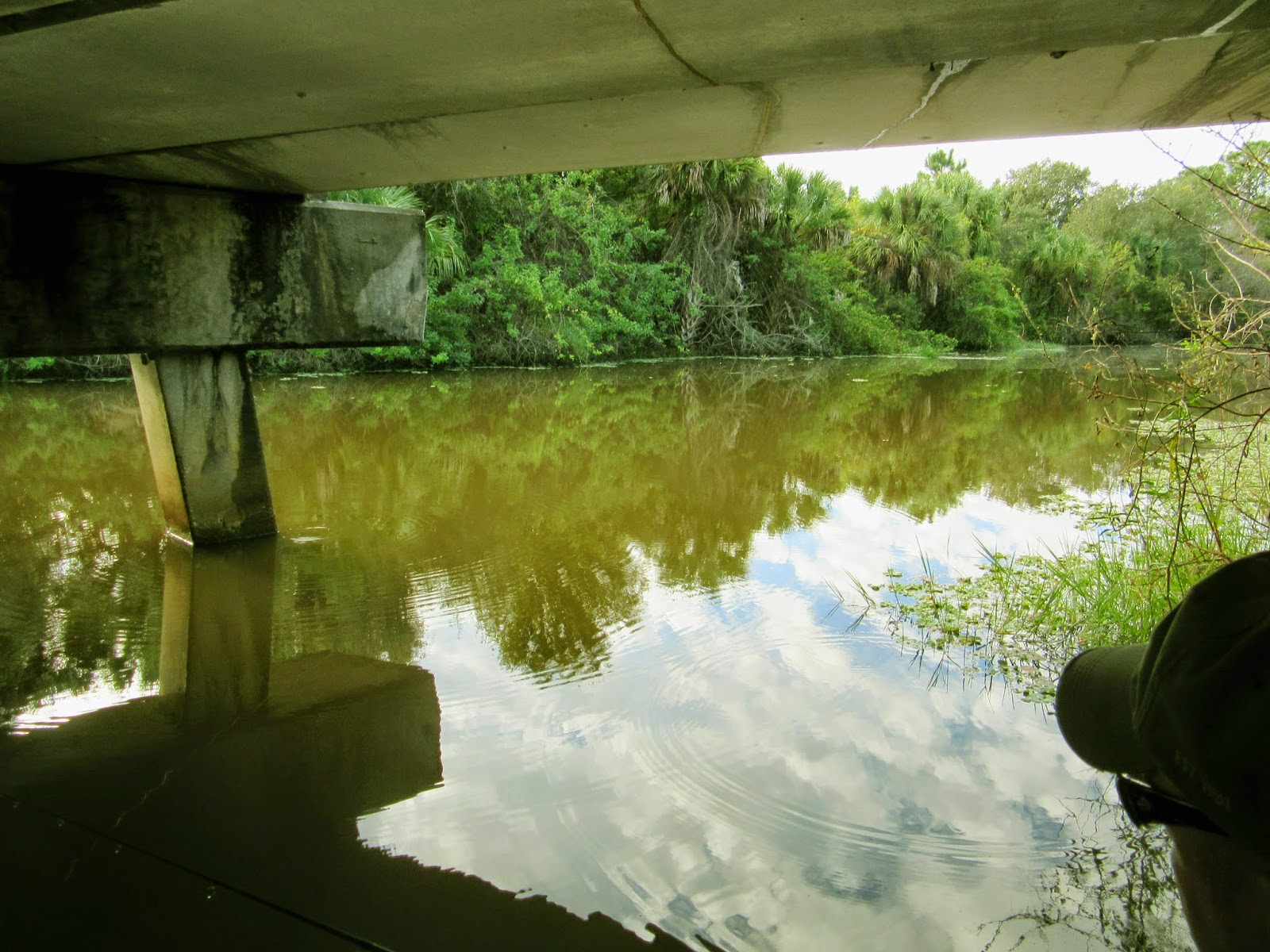 If you came to Florida looking for surly alligators, fire ants, and chiggers, then the region's drainage canal system is the place for you!  Seriously though, the generally high and sandy acreage of Sarasota and Charlotte Counties provides precious few "natural" freshwater fishing opportunities.  Natural ponds and lakes that support freshwater gamefish just don't seem to abound.   That changed in 1590, when Ponce de Leon enslaved thousands of native Americans and forced them to dig what is now the current canal system to help him grow the best tapioca in the Spanish Empire.

And with that, I just made 400 eighth graders fail their history paper.  Suckers. In all seriousness, the region's canal systems grew somewhat organically - in the human sense - over the course of the 20th century, starting from "clearing out" the mangroves in the coastal areas for improved boat access, extending the mangroves (in the form of canals) away from the coastline in an effort to create more "waterfront - Gulf Access" real estate, and ultimately, as a way to drain the relatively rare pesky wetlands in the areas as far as 10-20 miles from the upper limits of high tide.   It's hard to drive more than two miles without crossing a canal, and depending on the time of year and time of day, you're likely to see people fishing them.

But all canals are not created equally.   You can pretend they are all great fisheries, like I did recently, or you can read this information below and save yourself some effort.

Dead Canals.  Some canals drain uplands from golf courses and residential areas, and as they have relatively little baseflow, tend to be overwhelmed with nutrients from fertilizer.  These canals, until they reach an area where either groundwater (springs) or tidal water mix in, tend to result in the nasty chemistry of "hypoxia," or the starvation of oxygen from the water.   Good clues that you've encountered a "dead canal" are rings of dried algae at different water levels on surrounding bridges and pilings, suspended chunks of algae noticeable in the water column as you're retrieving a lure, and water that appears to be cloudy for no apparent reason (hasn't rained in quite a while).  Another clue can be the presence of fish breathing at the surface.

Canals with Dams.  In an area that doesn't seem to have slopes above 2%, I can't think of any amazing reasons to build dams in drainage canals.  Yet, they exist, and these serve as popular fishing spots for a few reasons.  First, cascading water creates oxygenation.  That's important.  Second, cascading water tends to create a plunge pool (scour pool) of deeper water, which is important in a place with hot weather.   Third, the dam itself serves as a physical barrier to fish, which is bad for the fish but quite handy for anglers.   Depending on the salinity of the canal downstream, this can be a hangout for catfish, bass, or even snook.

Canal outlets to salt marsh / mangrove.  Oh man.  Here's the money.  Play the tide right, and you're talking snook and redfish all day long.  Well, until slack tide hits.  Be mindful of bait that you see moving in the current, and select a lure accordingly.

Weather.  I've fished in 25 states or so, and I don't know that I've seen fish more sensitive to weather than I have in Florida.   The fishery still turns off when it gets hot, but due to the high relative temperatures, the fish are sensitive to "cold" (i.e. sub-70 degree water) as well.  In the winter, you'll see most canal fishing happening in the afternoons, with the highest number of anglers out an hour before dusk.  In the summer, folks are out as the sun arises, calling off many trips by 830am.

Lures.  Pick your poison - these fish bite.  Strong plays include any type of stickbait, pin minnow, or Rapala if the fish are near surface.  For cloudy water, spoons are the play for almost every species.  Don't forget about soft plastics - the favorite of many Florida anglers.  Consider plastics with good movement, suspension, molded in dark colors with a chartreuse tail or tip (the killer flats minnow comes to mind).

Get out there and good luck!  Watch your step. 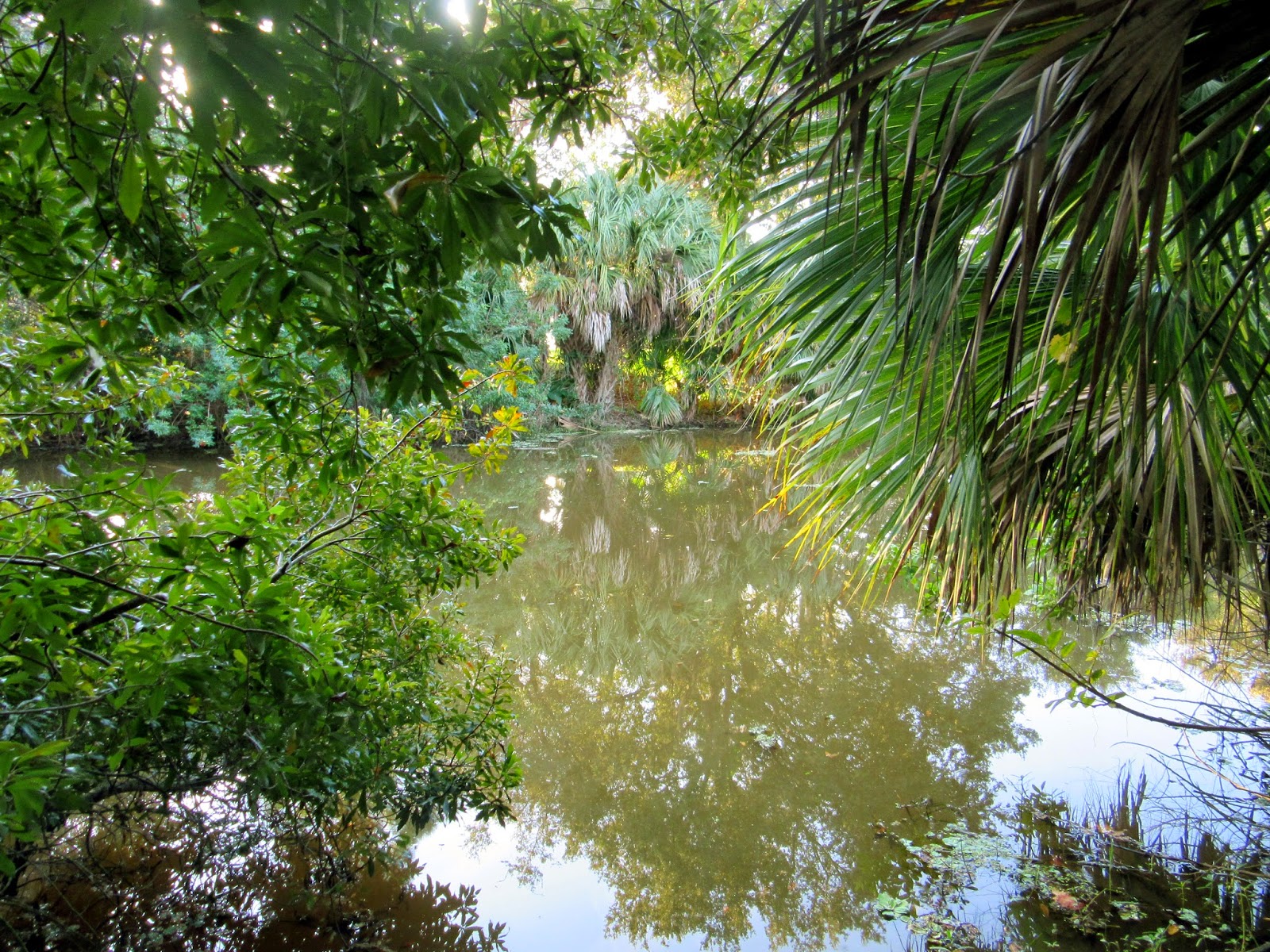