A few days after our arrival in Southwest Florida, I locked in a trip with Capt. Mike from It's Time! Kayak Fishing in Port Charlotte.  We met at Ponce de Leon Park in Punta Gorda and paddled around to try a variety of different fishing techniques, from trolling topwater tackle, to bait fishing the edge of the navigation canal.  Capt. Mike provided a great history of the area's fishing and the current state of the resource, which he estimates to be pretty poor.  A retired commercial powerboat fishing guide from the Florida Keys, he admitted, "I was part of it.  I've killed my share of fish."    His guide business now focuses on catch and release fishing, though he doesn't object if clients keep their fish. 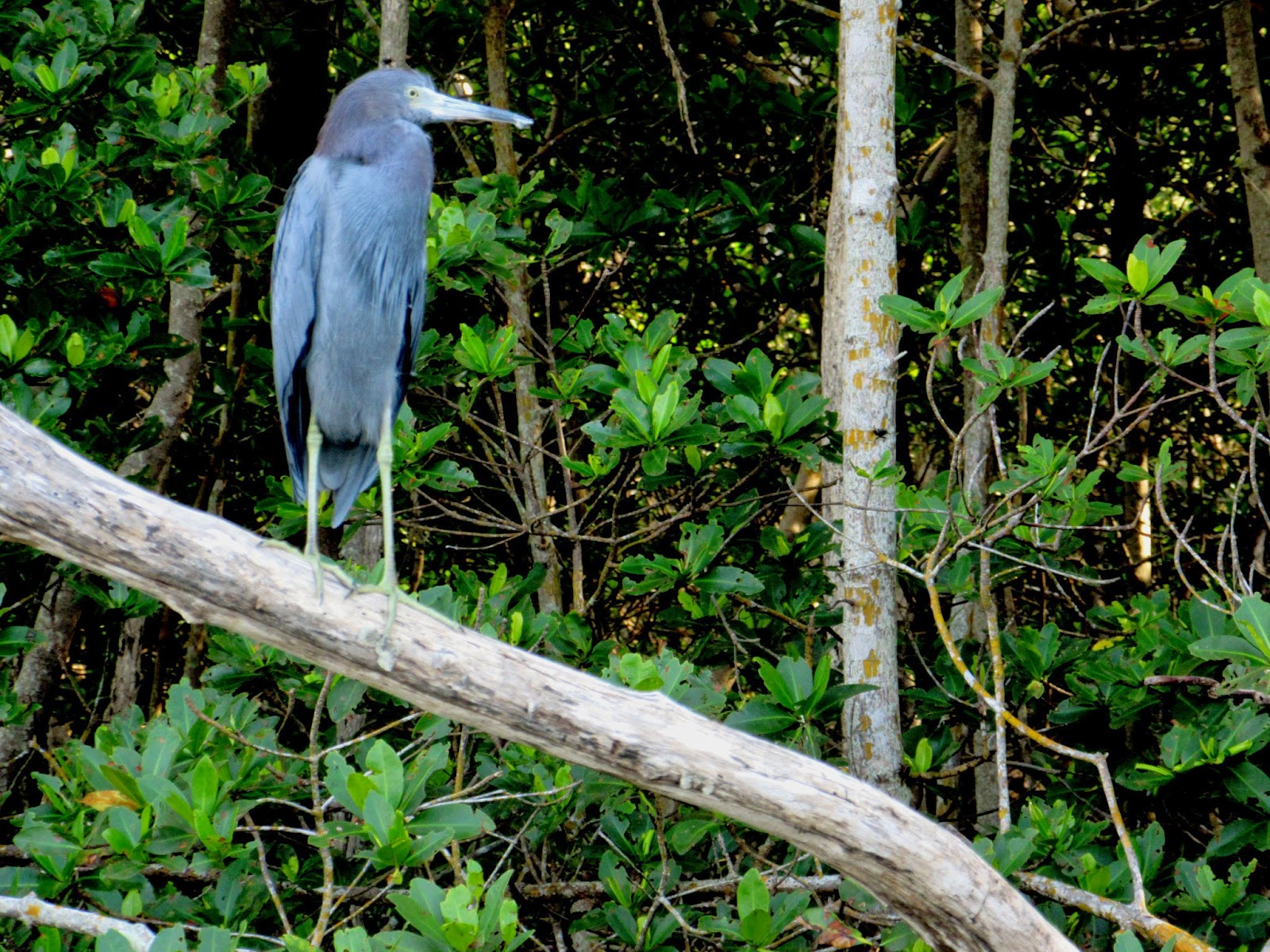 As we pulled up into a shallow flat outside the mouth of the Peace River, I admit that I was a little disappointed at how little seagrass was in the water - I'd guess 10-20% coverage.   We got into a few small redfish using live shrimp, but the current and building wind on the open water were a little distracting.  Catching my first Gulf Coast redfish was a moment of excitement I was too embarrassed to share.  It felt great! 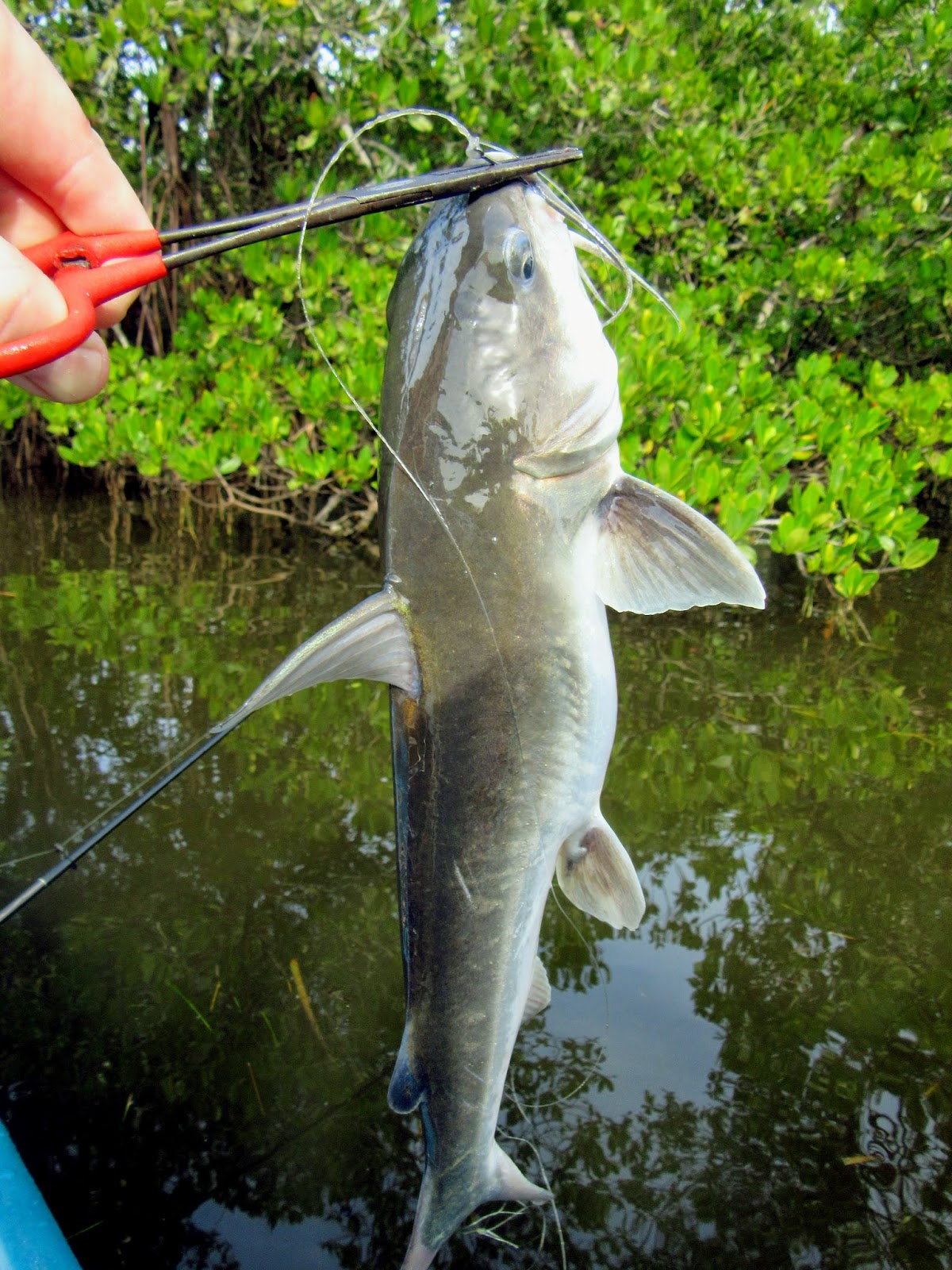 I admit that I was relieved when we paddled into the mangroves for some more targeted fishing against structure (my favorite way to fish) - tight quarters but little current and no wind.    Capt. Mike mentioned that the lack of current would hurt our search for snook but redfish might still be found.  I hooked up really quick with a saltwater (hardhead) catfish which ran out the drag really nice and gave me a fight without ever jumping.  After getting barbed in the finger and releasing the thing, I caught two more.   I learned on a subsequent trip that once hardhead catfish start biting, you have to leave the area....redfish and other game fish will never get to the bait.

After four or five catfish in two separate parts of the mangrove swamp, one catfish measuring almost 18 inches and easily two pounds, we decided to move on back with the changing tide and a favorable wind into the mouth of the Peace River.   The changing tide found a moderate amount of boat traffic at the ramp, and we continued paddling up the canal to chase snook with the now ripping tide funneling through the mangroves.  This was the only negative part of an otherwise great trip, as the boat wakes (boats coming out of residential areas, into this feeder canal, into the Peace River) and heavy tidal current made it very difficult to stay put and fish a spot, even with an anchor deployed.  I ended up tangling a stationary rod's lure in a mangrove while throwing a windknot from my active rod, and getting swamped by a boat wake all in about 8 seconds.  That pretty much ended it for me.  Capt. Mike caught up with me as I paddled back out to the mouth of the Peace River, and upstream to our put-in at Ponce de Leon Park.  We broke down the gear and then enjoyed a quick beer together before saying adios.

What a great introduction to Florida flats and mangrove fishing - leaving me hungry for more. 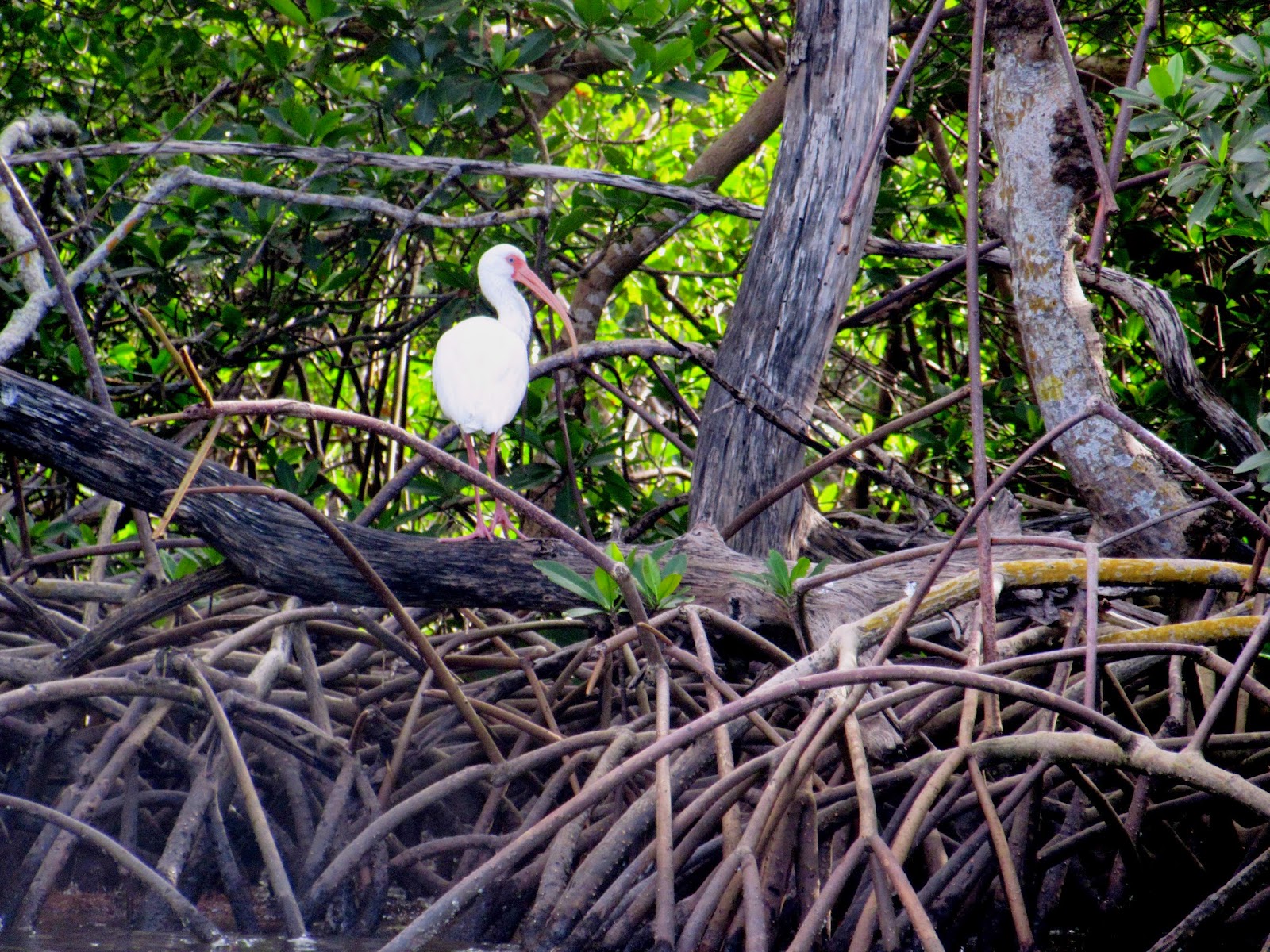 As a northerner, I think of florida rivers as being full of gators, poisonous snakes, and lots of bugs... not survivable by anyone!
nice to see that's not quite true. :) Have been trying to get a nice list of fishing kayaks together here any particular ones you would recommend, whats your experience with your model?