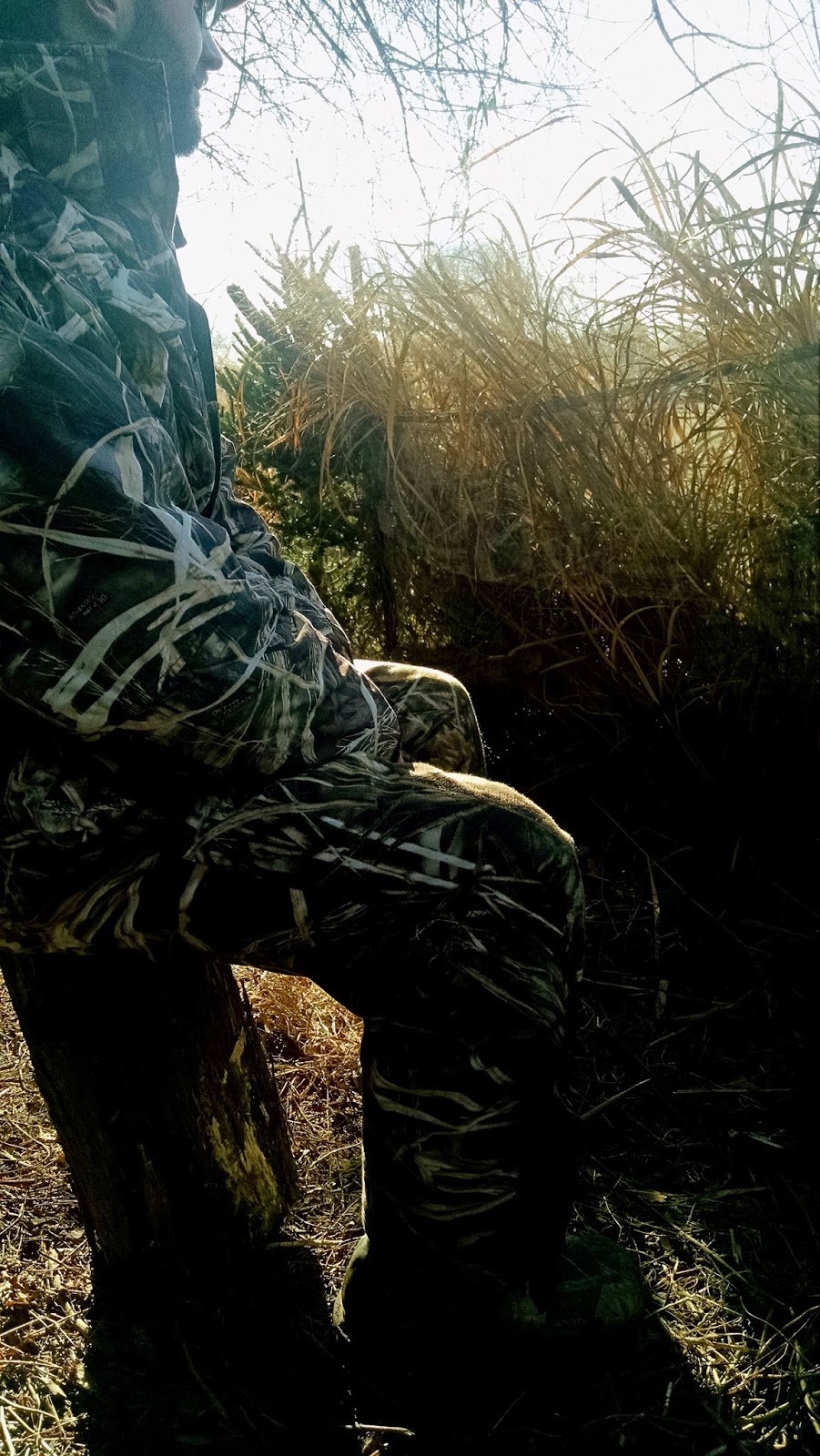 With duck season finished, and only a few days left in goose season, I felt like I needed another good hunt.  Though there was some ice on the river, the true cold hadn't yet arrived.   My buddy Joe, a fellow habitat restoration nerd, was reviewing bids for a wetland construction project, and so we used the morning sun (and a sky free of geese) to roll out construction plans and examine some contractor proposals.

The spot was interesting enough - a protected farm with a burned out historic mansion on top of the hill, looking down upon what used to be acres of tobacco and the riverfront.  Since that house was abandoned, and others erected nearby by the family, much has changed in Maryland.  The state offered a tobacco farming buyout, which roughly 90% of farmers accepted.  The local soil conservation districts now frown upon growing crops all the way to the river's edge, as it's a significant route by which water becomes polluted.    And while the farm is protected (by easement) from subdivision and development, eventually someone will buy it, demolish the abandoned mansion, and build something on the same footprint, as they're allowed to do.    But on this day, we were simply hunting geese. 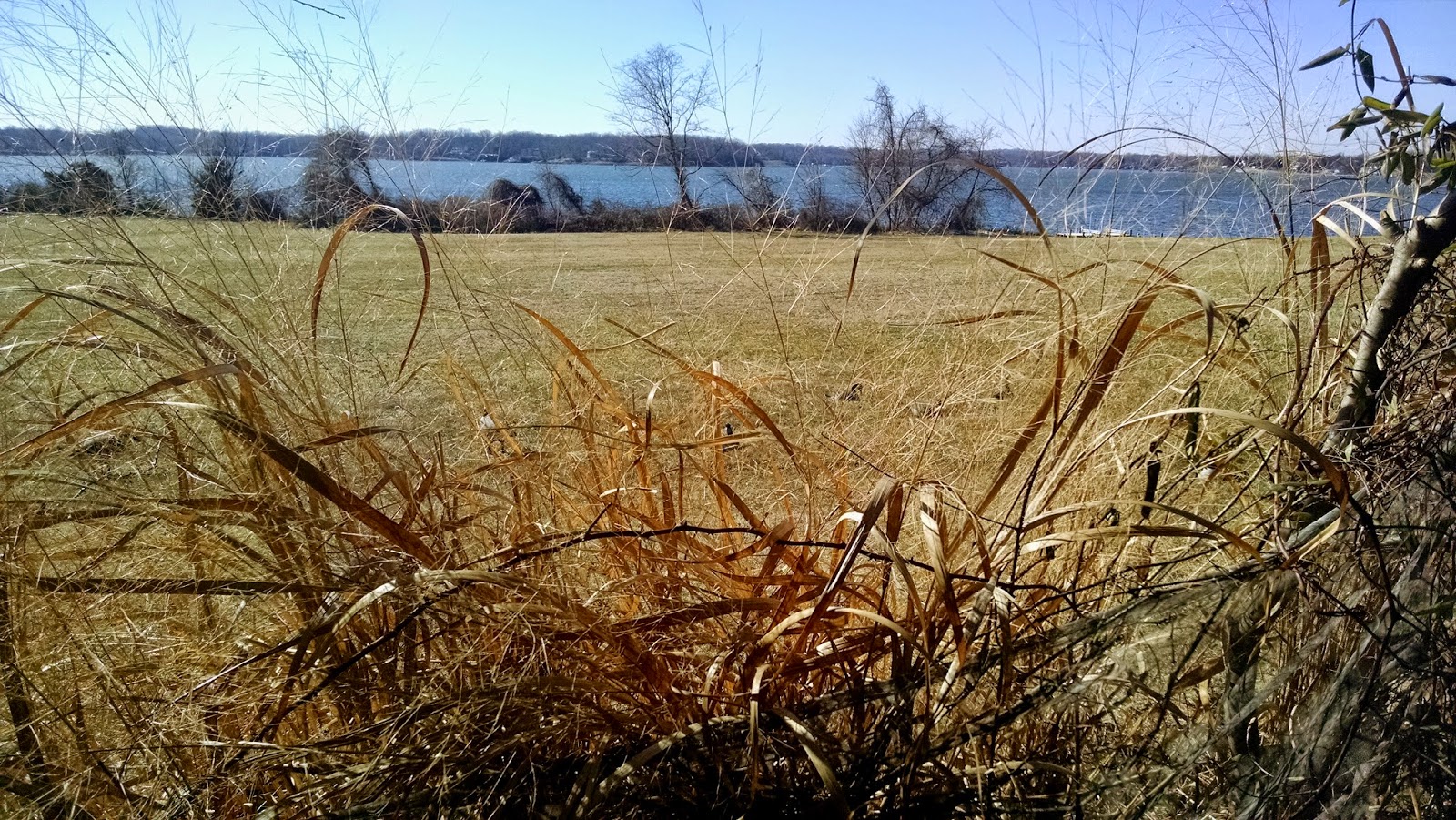 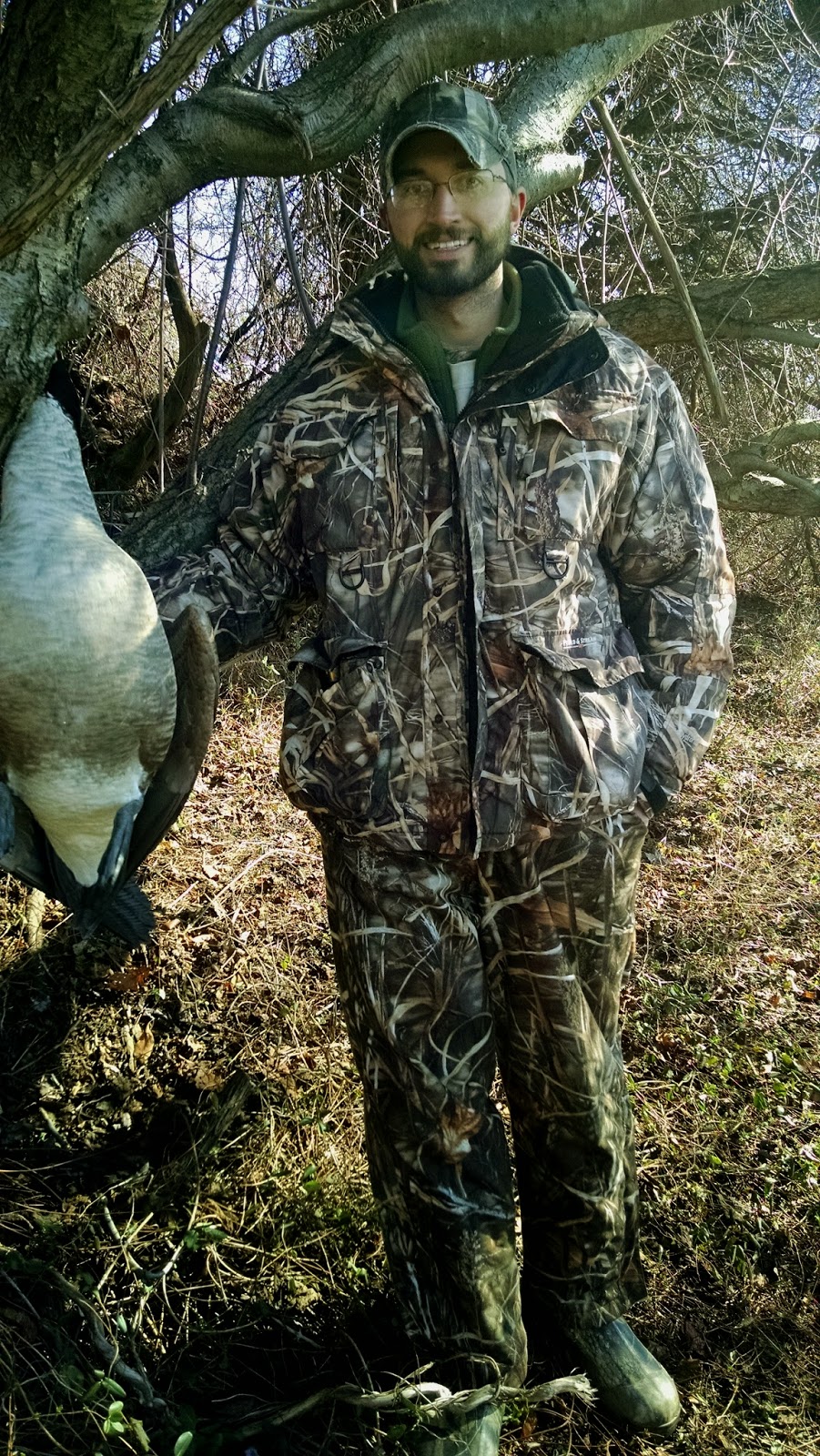 With a moderate sized decoy spread in front of us, we waited patiently, until shadows flew over us.  The birds banked, hovered overhead, and decided to put down outside of the decoys, about 50 yards away.   Joe and I both shot, downing two birds, a third sailing just offshore (to be retrieved later).  The two birds on the lawn had fallen dead as stones, despite the wingshots we took on them at 50 yards (and 10 yards off the ground, fading away from us).

Our friend John joined us shortly after, but Joe and I both suffered from mental messaging that "we should be at work."  A little after 12pm, we packed up and headed in with the three geese we had taken on the lawn.

It's been a strange winter and a strange hunting season, but I'm glad it ended the way it did.
at February 27, 2015