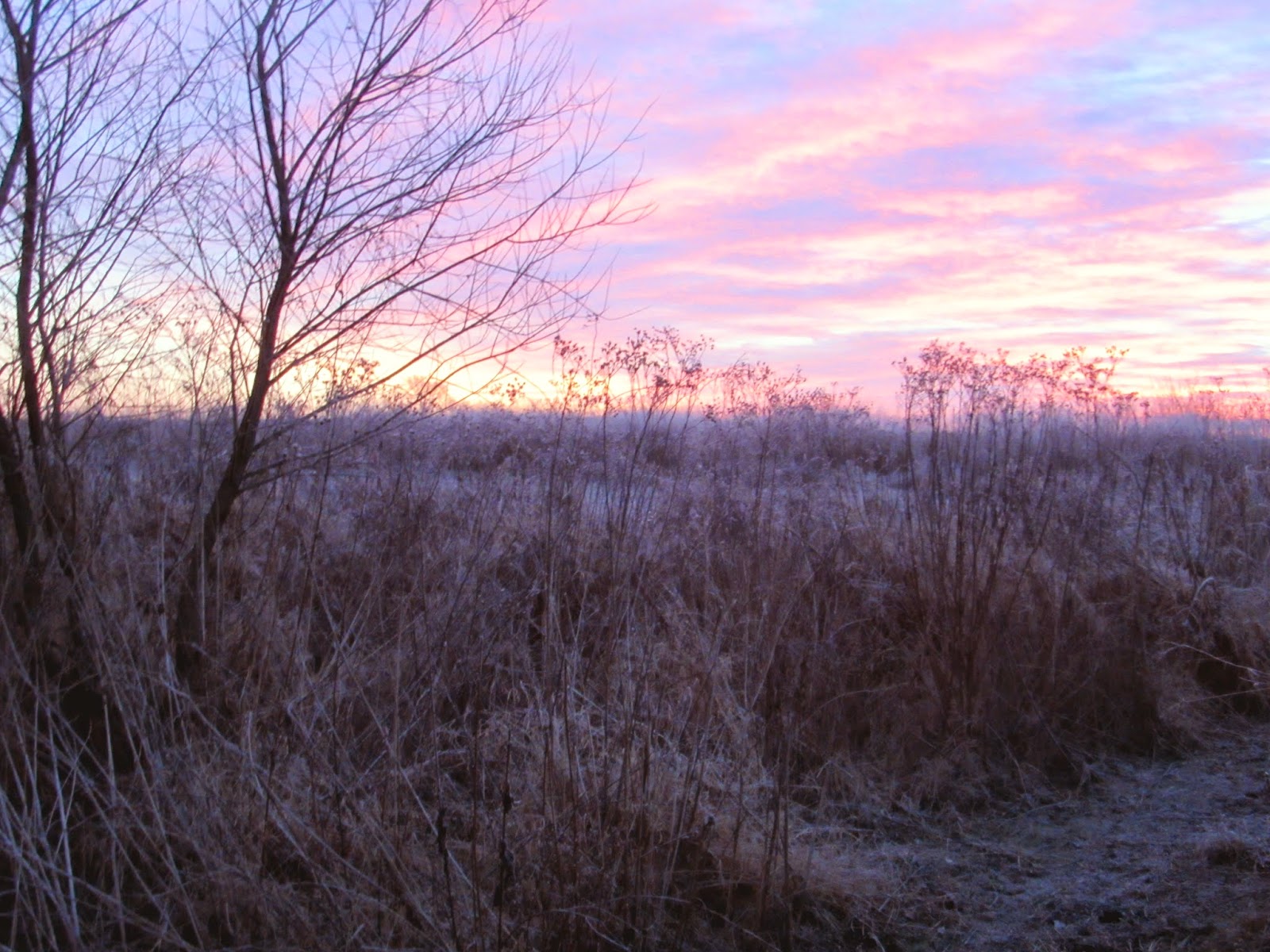 The challenging waterfowl season continued, with mild weather and bluebird days.  My trip to Florida had really killed my ability to scout the property that I lease outside of Chestertown, so I accepted an invite in nearby Worton (actually closer to Chesterown than my lease).   As I've written about many times, Chestertown is important because it's on the Chester River.  The Chester River holds more wintering Atlantic Population Canada Geese than any other body of water.  In the world (really, the Atlantic Flyway, but may as well be the world). 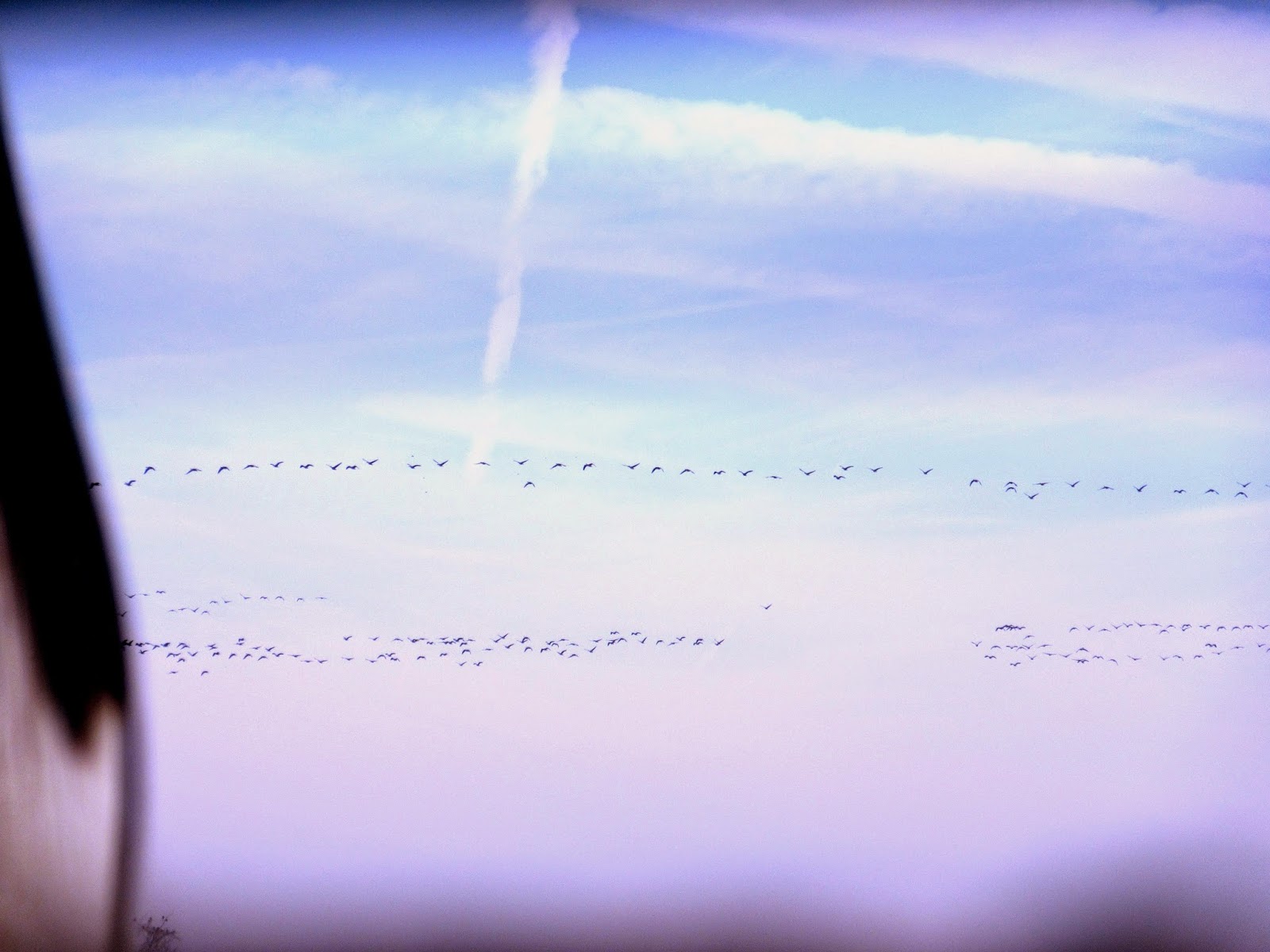 Dawn came mildly enough, scattered clouds again and temperatures relatively comfortable in the 20s.  I'd remembered to bring everything I needed for a hunt.  Except for my gun.  In 20 years of hunting, I've never ever forgotten my gun.  But this was the day.  My host, Paul from Hunting the Shore, lent me an 870, which I'm comfortable enough with.   We were set up early enough to watch a commercial guide set up a blind right on the property line of Paul's lease.  Sigh.

The geese flew predictably, but did not come particularly close, hanging up on the edge of our spread, about 50 yards out and 20 yards in the air - edge of shotgun range, but almost motionless.  On our first volley, we wounded three geese which then sailed directly into the range of the commercial guide and his clients (just 200 yards away) - their first three birds.   On the second group of geese, we killed one goose and wounded another, which was killed by the nearby commercial guide as it tried to land while dying. 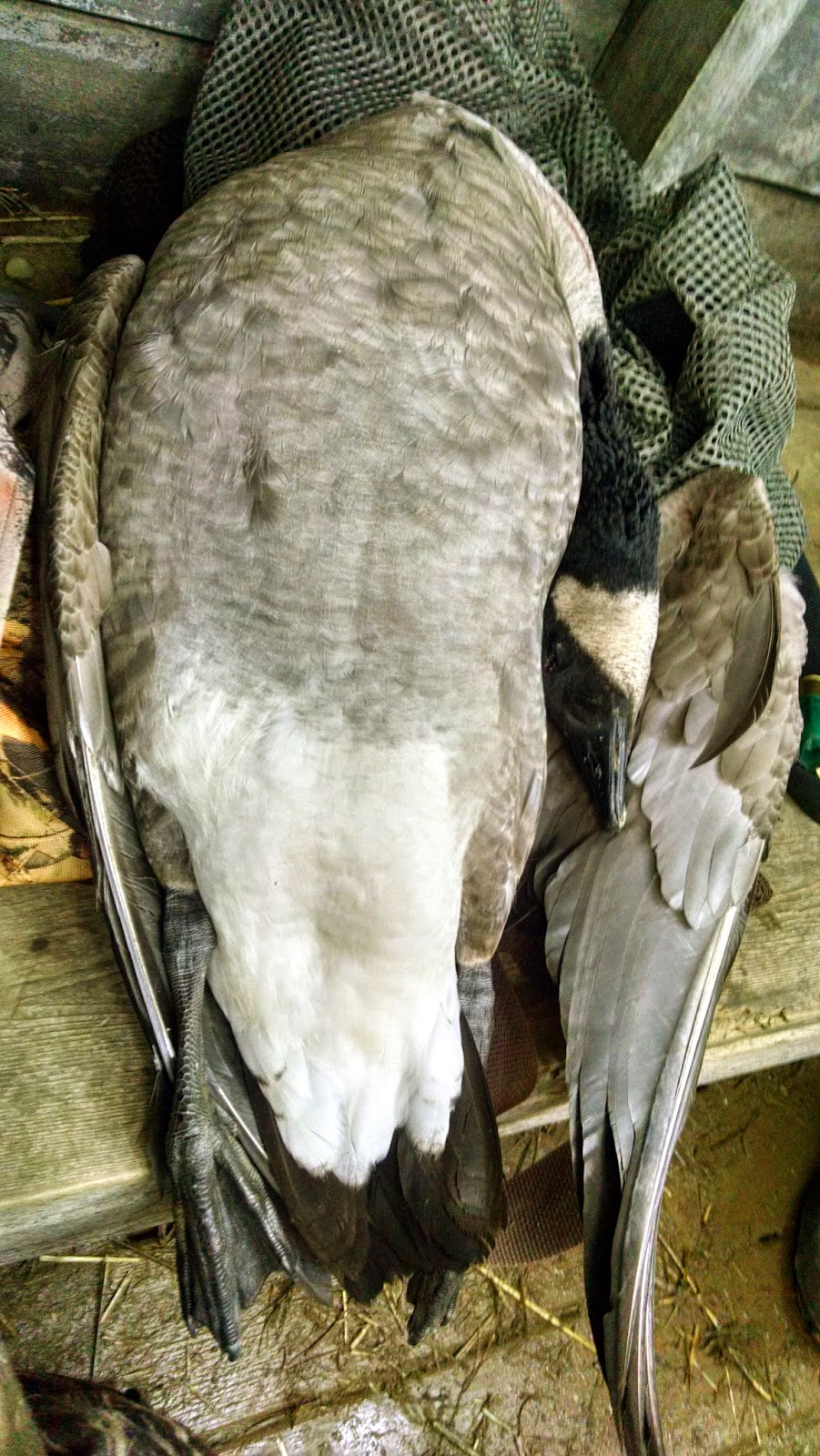 A frustrating but not fruitless hunt.  Had the commercial guide not been there, we would have had to go knock on the neighbor's door to pick up our dead geese.   The next day, a limit of geese pitched into the decoys less than 10 yards from the pit, and all three hunters were done in 5 seconds.   Ah, hunting.