According to CJ Flay of "Legalize North Carolina Sunday Hunting for All,"  HB 640, the Outdoor Heritage Act, received a favorable vote in the House Rules Committee on April 27.   HB 640 provides:

Those sure seem like no-brainers to me, but today is the day.

On April 28, the House will likely take up HB 640 for a vote.  Please call your lawmaker if you own, rent, or hunt on private property in North Carolina.

The bill's opposition largely lies with Christian groups who believe that NASCAR, NFL, fishing, target shooting with machine guns, riding ATVs, and liquor sales (all of those are already legal on Sunday in NC) are compatible with Sunday church going, however, sitting in a duck blind and firing one shot at one duck, and then driving to Church, is not compatible with Christianity at all.

As a Christian, I'm disappointed in these groups attempting to legislate church attendance by limiting Sunday "diversions" (many states had bans on Sunday fishing in the 1800s for the same reason).   There is so much work for our churches to do in our communities, 7 days per week.   A mother can't take her son duck hunting before 11am services? Really?

The Charm of a Southern Spring 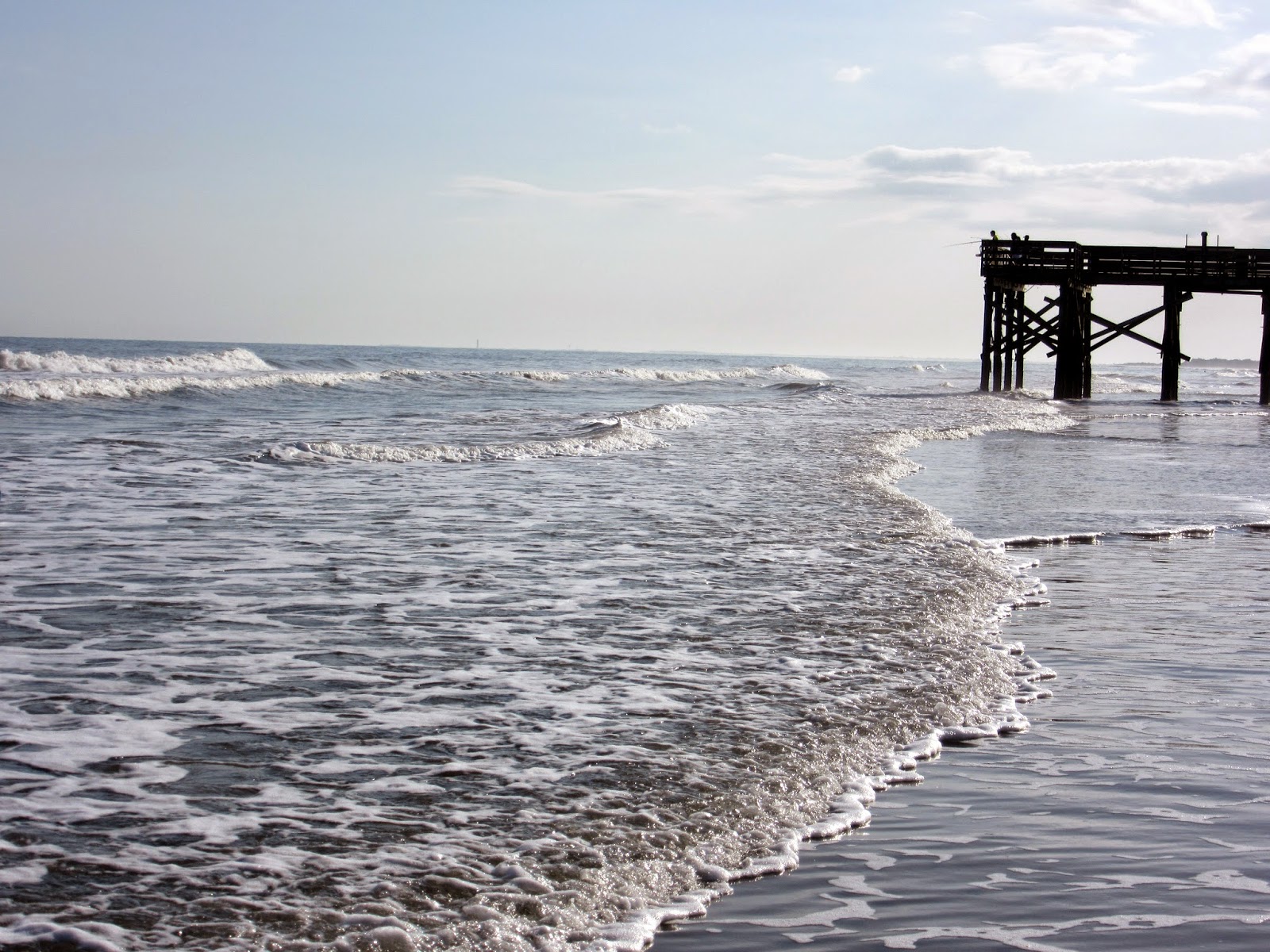 We fled south, a long and cold winter behind us.  The third long, cold winter in as many years.  In the Mid-Atlantic, spring is compressed - quite literally - between the north winds and Continental Polar High of winter - like living on a cold, dry steel table, and the summer's Bermuda High, which brings with it a sea breeze, 100 degree air, and punishing humidity.

In the coastal South, it is different.  Winter is fleeting, arriving in December, then giving way to late February's nor'easters and mild and wet weather.  The vegetation falters, but only browns out of desperation before the first of the new year.

We arrived in Charleston to find blooming trees, spring winds, and a quickly greening salt marsh.  We knew that the return north would show us the gray bark and brown fields we'd left the previous week, and we enjoyed our time.    After a long winter and a sparse waterfowl season, fried quail and grits for lunch - seated outdoors, of course - seemed surreal, and I was happy. 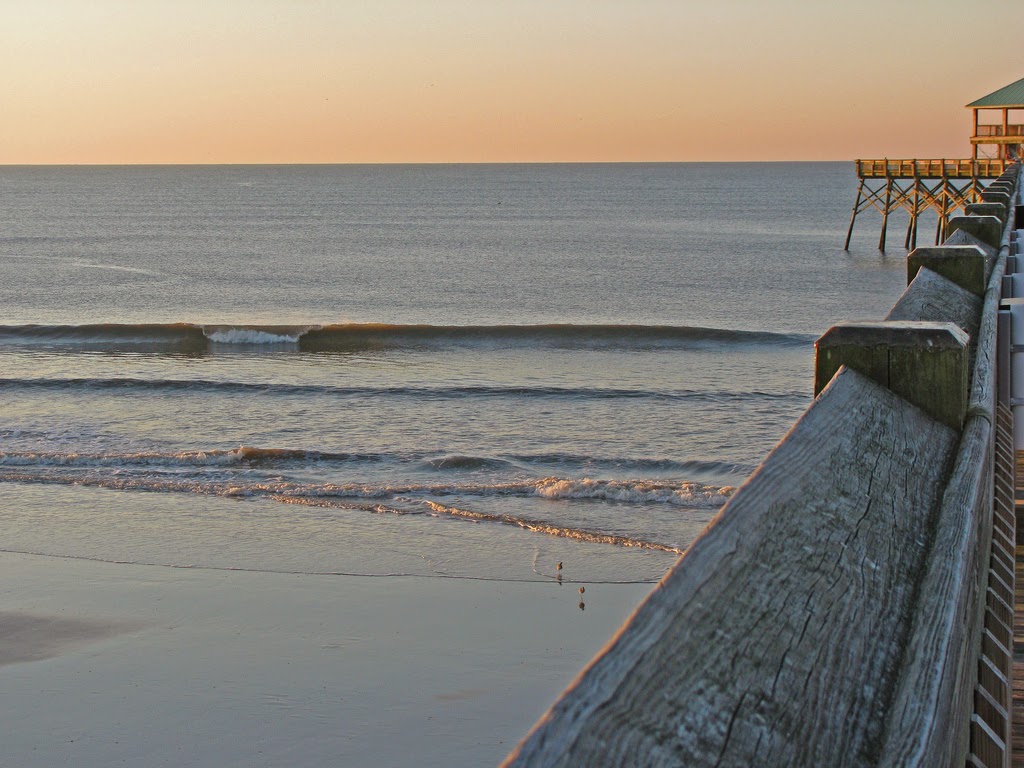 To Understand and Define Legacy

Here is your life, right now.  You have an impact much greater than those around you, especially than younger people. Look at it. 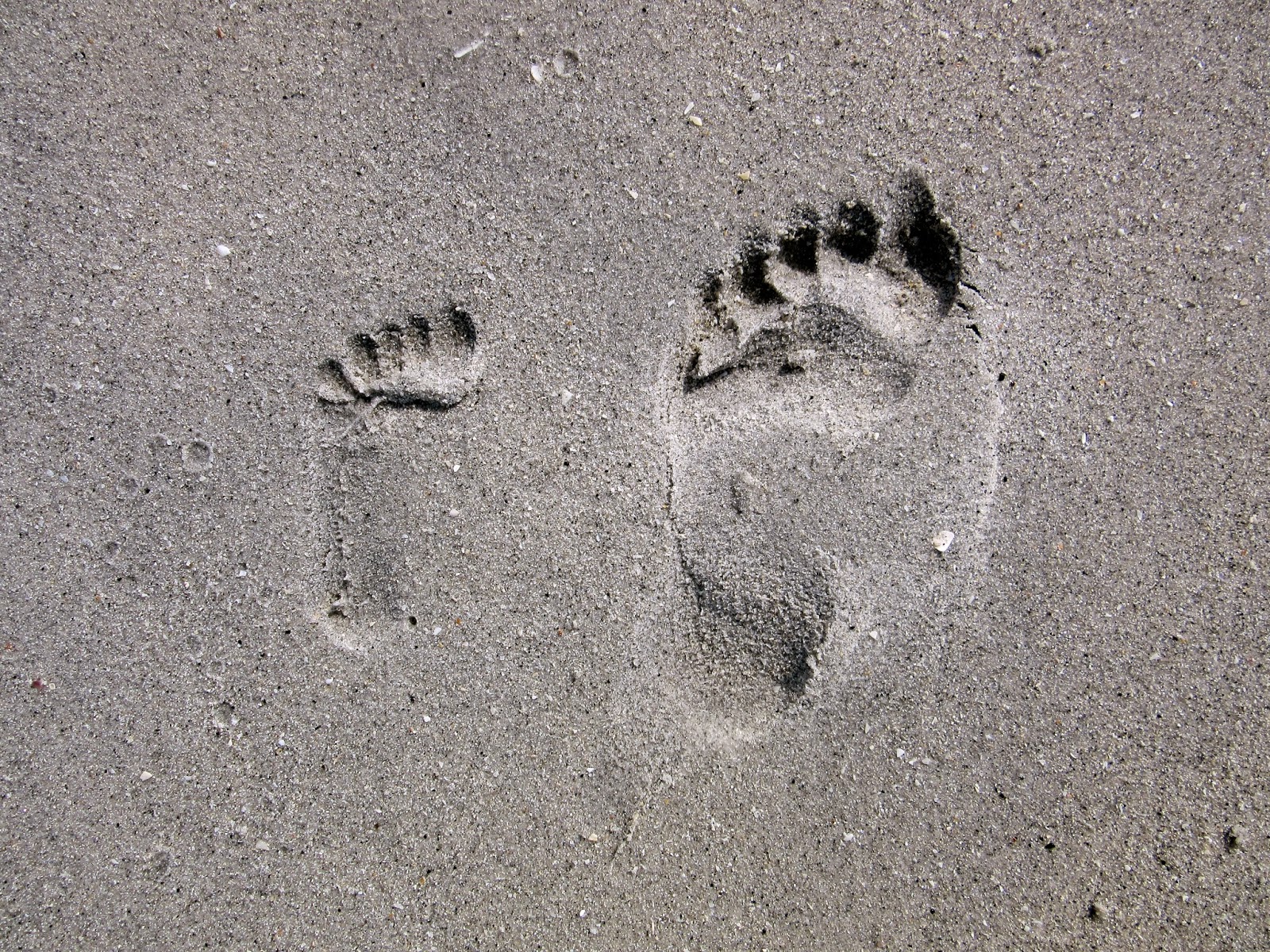 Now, when the tiniest wave washes over those two footprints, we can get a glimpse at what mortality means.   Logic tells us that the smaller footprint will be decimated by the grinding surf. 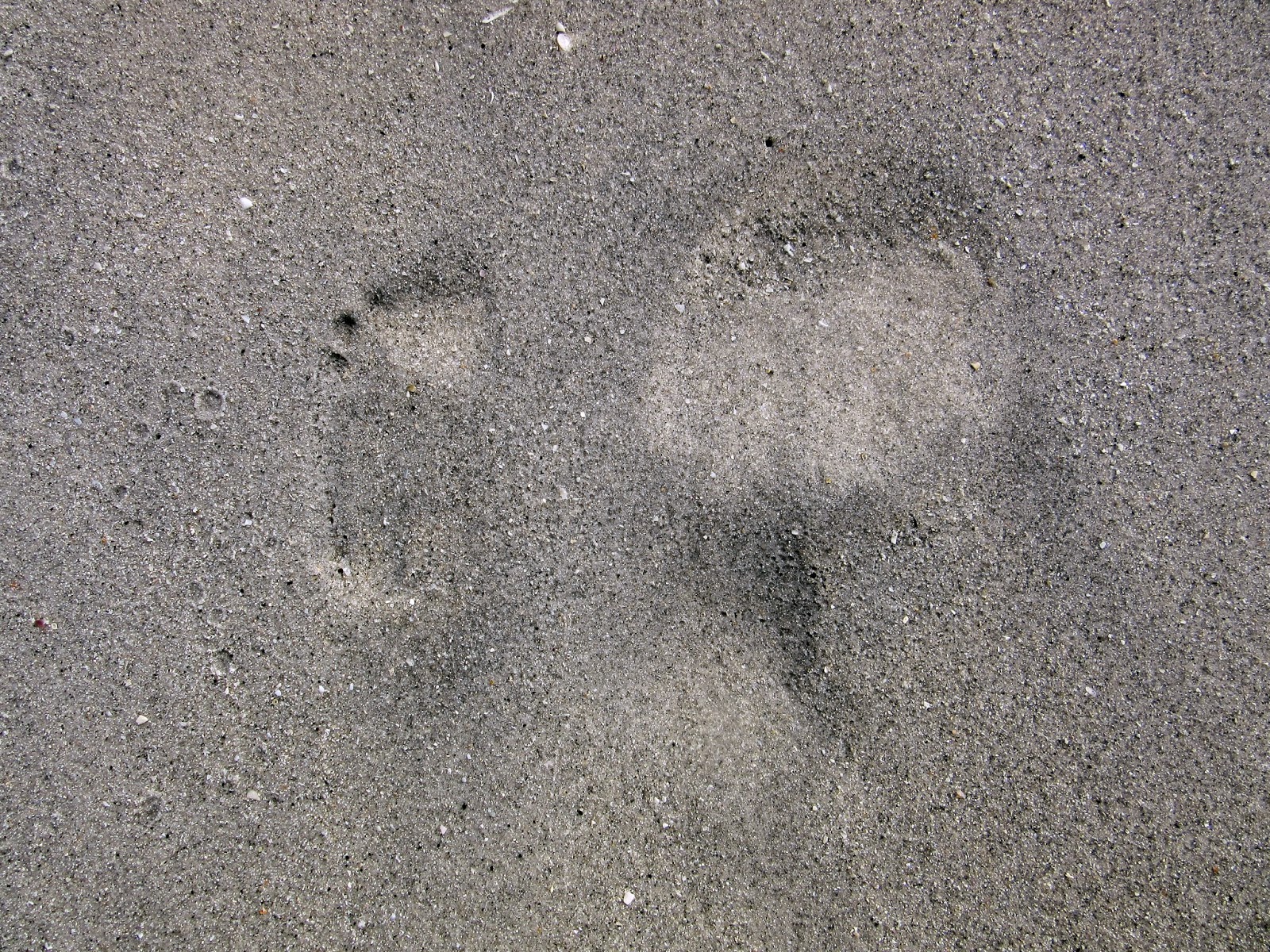 But time and mortality don't care about logic.  Despite its tiny size, the child's footprint persists (to an extent), while the man's footprint is unrecognizable, nearly indiscernible.   There are forces at work, most notably the temporary nature of our society and the absolute impermanence of human-created things and ideas, that destroy what we think must be dominant.  In fact, a counter-intuitive two-step process occurs.  First, the man's deep footprint creates vertical gradient, which instead of allowing water to wash over it, forces water to fall into the footprint, creating destructive hydraulics within the print.  Second, as a result, the nearly destroyed adult footprint is indiscernible from a billion other past footprints in that same sand. The child's footprint is still a bit more discernable, plus, that child has moved on, having made a hundred more footprints after this one.

When you sit and wonder what our legacy might be, how we might be remembered, I think it's important to consider the hydraulics of the situation.  Can you list the forces that work against a permanence of your memory, your face, or even your life's work?

Hint:  all of them.  Every force on this earth.   Every bit of physics and Facebook and 140 tiny characters per unit measured.....The opioid, glassy-eyed search for the tangible, for 8 second videos, for likes and follows and retweets.  All disappearing as quickly as they "virally" appear.  Newton's Second Law of Physics states that energy is neither created or destroyed, and at the end of the day, I measure my son's endless energy against my cracked hands and aching back, and it's clear that Newton was right.

So what is a legacy?  The easiest answer to me is that a legacy is what's been invested by someone who will not ever see its realization.   A legacy is the tree, the savings bond, the piece of writing that each of us initiates or plants, with a known maturity date roughly 10 years past our death. A legacy is the child's footprint as it advances past ours, as we've help set their course in a safe direction - though likely not the direction we'd have chosen ourselves.
at April 01, 2015 2 comments: