Recently, Nature Valley launched a pretty compelling ad campaign called "Rediscover Nature." The first ad of the campaign is called "3 Generations" (view, above) and purportedly asks families including Baby Boomers, Gen X'ers, and young children "What did you do for fun when you were a kid?" or "What do you do for fun?" 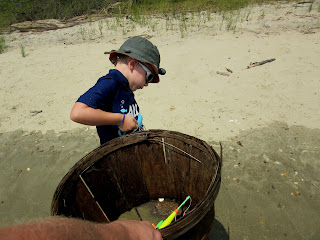 The results were typical - perhaps stereotypical: Boomers reported blueberry picking and long stringers of fish; X-ers reported cul-de-sac tag and baseball games played on the neighborhood's last vacant lot, and today's kids report, "phone," "Tablet," "video games," and absolutely nothing else. For extra emotional effect, Gen X parents watch their kids' responses - on a tablet of course - and start to cry when the kids spout of their usually kid-tastic nonsense of, "When I'm doing (insert name of fun activity," it's like I don't even have a family! It's great!") Of course, millions of kids have said that about baseball and fishing, have they not? Now, "3 Generations" is an ad and not a documentary, so many sins can be forgiven, but viewers (and the featured parents) are led to believe that the technology is at fault for these robot-like children, who at age six, claim to email "three hours a day." I don't want to call those kids liars, but I know my child routinely asks me for additional contextual details on whether any given unit of time (6 weeks or 6 minutes) is "a really long time." 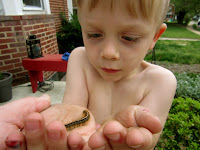 Perhaps worst of all, Nature Valley's "3 Generations" piece tries to tell us that today's children are choosing digital devices over outdoor shenanigans and fun times in some type of informed, hierarchical decision. If you are a parent and you believe this, first of all, shame on you!  You already know that children tend to not think that way, especially when something bright, shiny, loud, or full of sugar is pushed in front of their face (you know, by their parents).   They are children. You are adults. You are supposed to be providing alternatives to the shiny, loud, and sugary whenever possible (and I admit that for me, it's not always possible).
Second of all, there's no child's choice here, because once again, most of today's parents could not identify a trout in a lineup of photos of 5 fish. Most parents today couldn't tell their kids how to catch a trout, or where to go to (safely) do it. Most parents couldn't show their kid where the closest blueberry thicket is to home, and how to walk there without walking alongside a highway. Most parents couldn't tell their kids how to convert an old sign into a toboggan ("but Timmy, it's rusty. It's not safe!"). Privilege, of course, plays a role, but this isn't just privilege - some of the most out-of-touch communities (when it comes to the outdoors) are the wealthiest. Youth fishing licenses are free. Most (most) of our communities have green space around, within, or close nearby that are great for at least some outdoor activities, where parking is also free. This is entirely conquerable.
Third, there's an incredible amount of memory bias here. If I were asked the "3 Generations" question (at my current age of 41), I'd say, "We built forts, we caught snakes, we dammed up the timber ditches, it was awesome!" Let's really look at that. In about a 15 year span, we built maybe SIX forts, caught maybe FORTY snakes, and dammed up the ditches (dug to drain the swamp enough to harvest the timber out of it) maybe TEN times. That means one fort every 2-3 years, about 2-3 snakes per summer, and 2 ditch dams every 3 years. What the hell did we do with the rest of our time? Well, we played a lot of baseball and soccer (like kids today, 25 years later) and we watched a fair amount of TV (like kids today), and we fought with each other almost daily (like kids today). Is it so different?
One grandmother says she loved to pick blueberries. That's great. But blueberries are only ripe for a few weeks per year, and often, the birds and wildlife decimate them as they ripen on the bush. This was a specific memory (one that you can build for your children). A grandfather described a stringer or basket full of fish, and fending off a bear. That was a specific, special memory. And you - this week - can give your kids those kinds of special memories, so perhaps in 60 years they'll answer the "3 Generations" question as, "I used to go fishing in the stormwater pond down the street. The fishing was horrible so we just caught frogs and begged our parents to keep them!" instead of "Oh, video games!" Your six year old is not going to decide that, because they don't know that it exists. But you do, and you can.
So knock it off with the, "We used to do all this cool stuff when we were kids, and now cell phones and our kids have ruined it! Oh hey cool, babe, check out these new emojis that Todd just sent me! What? Wait a sec. A work email just came in. "  Don't you get it? Doesn't Nature Valley get it? It's us. Not the kids. This is a problem that's been built gradually by adults over the last 60 years. So knock it off! 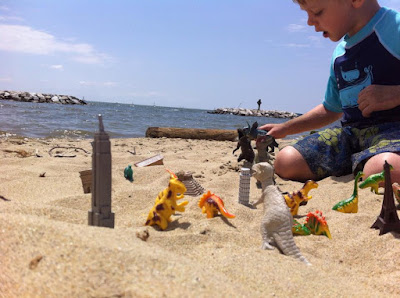 Instead, challenge yourself with, "How can I teach my kids the cool stuff I did when I was a kid?" I can tell you that it's not easy, and it's very hard to get "just right." The reason our children are on digital devices all day is because we are too. In fact, that's one of the biggest issues I struggle with as a parent - setting a good example with technology use, not letting my phone distract me from time with my son, and not letting email run my nights and weekends.


I can do better. I bet you can too. I hope Nature Valley's next ad for #rediscovernature points the focus back on us. Who knows, they'll probably sell me a bunch of granola bars in the process. 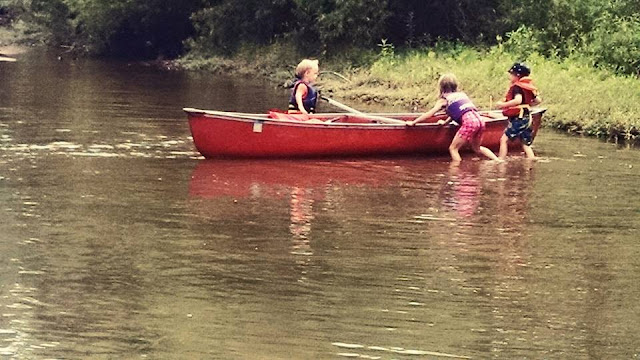