2015 was a lot different.    No major disasters and a fair amount of success.  I caught a few big fish, missed a lot more big fish, and generally did OK.    I probably fished 20 times, hunted a half dozen times, went to the gym 30 times...the standard.   2015 was a yeoman's year: here are the highlights. 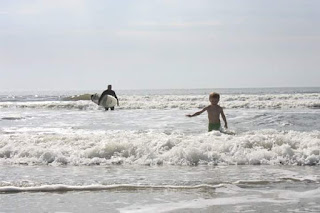 Back to Surfing:  I hadn't surfed since my son was born in 2009.  The last time I had surfed, actually, was April, 2009 in Folly Beach, SC.   It seems almost perfect that my first session back in the water would be nearby at Isle of Palms, SC, in April, 2015.   Nothing about it was epic, but I caught waves and surfed.  In July, 2015 I managed to surf one morning at Delaware's Indian River Inlet.  I was the worst and most out of shape surfer in the lineup, but I still caught about a dozen little waves.  In December, 2015,  a freak swell in the Gulf of Mexico caught me unprepared, and I was forced to bodyboard at Boca Grande, Florida, which was still super fun!


Taught My Son to Swim:  At 5 (now 6), Hank has spent a lot of his life in the water.  He's drawn to it, as I've been for my entire life.   Swimming (real) swimming is non-negotiable for our family - it's a required life skill.   I figured Hank would learn as I did, by being left at the pool by my parents for the entire summer (hey...it worked).   But he was inspired by our local YMCA's requirement that he pass a full swim test before using the water slide at their pool, which seems reasonable enough, and we spent the summer in the pool together.  In early September, 2015, Hank passed his swim test on his first attempt, one of the few 5 year olds to do so.  He's since had additional swim lessons and continues to grow stronger.

Took Two Trips With My Brothers:   My brothers and I are 36, 38, and 41.  Between us we have two wives, a fiancee', two kids, two dogs, and 300 miles.  Brother T set up a trip along the Shenandoah River in Virginia.   There was some rain and the crazy children to deal with, but the trip was just right.   We needed the time together and it was nice to just show up with food.  In December, the three of us reconvened in Denver for a 6-day hunting trip in western Nebraska.  The trip didn't go exactly how any of us thought it would, but we definitely shot some birds and the trip galvanized our relationship in a way I hadn't predicted. 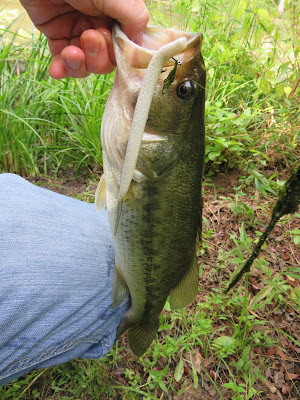 Caught a Fish I'd Been Chasing:   This stupid fish had been ducking me for two years.  I finally set out specifically to catch him one morning before a staff meeting.  I succeeded.  It was more of a moment than it possibly should have been, but oh well.  I didn't have time to get amazing pictures of it because I swear, the thing was ridiculously heavy.

I suppose it's an accomplishment for a couple of small reasons.  First, it was caught (and released) at a spot that's notoriously difficult to fish, and second, the choice of lure (large soft plastics) is the Achilles heel of my tackle box.  But I pulled it off.


I'm not sure what 2016 will bring.  Two weeks into the year, I feel like I still haven't properly encapsulated 2015 and set it on its merry way.  But I'm hoping that the pretty decent list of good things I put in motion in 2015 will turn into some real happiness and fulfillment in the new year.  More on that soon!