I have a new fire in my belly for bow hunting, but life has been trying to put it out.  I don't know what has been the biggest obstacle:  1) my failure to take a turkey with a bow in Nebraska, 2) a beautiful, relaxing Florida fishing trip in December, 3) the bitter cold temperatures immediately upon returning from Florida, or 4) spending 7 of the last 10 days of the season either shoveling out from Baltimore's worst blizzard in history; and/or spending 7 of the last 10 days dealing with school cancellations.

But knowing there are big deer, and plenty of them, in the woods is a strange motivator.  I put on three layers on top and bottom, along with Hot Hands in my gloves and boots, and trudged through well-packed, knee deep snow out to the tree stand three hours before sunset (hoping to maximize my chance of seeing something). 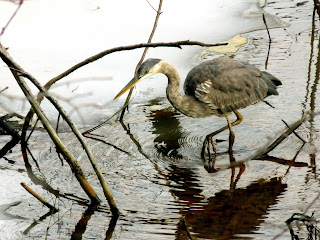 Like half of my bow hunts this season, I saw nothing.  There were very few tracks and trails in the woods, which told me that the deer were likely hanging around bird feeders in nearby back yards.   It was a quiet afternoon and after awhile, I got into almost a trance state (don't worry, I wear a full body safety harness in the tree) and thought about a lot of things.  When I kind of snapped out of it, it seemed like every time I blinked, it was darker.   A pink sunset over the next ridge told me that the hunt was over, and the season was over.

After my last hunt in most years, I'm done thinking about hunting gear, hunting tactics, and 330am alarm clocks for awhile.   But unlike previous seasons, I'm excited to consider what I can do better next season.    I think next season might be a classic.   I'll be writing soon about what it'll take to get me there. 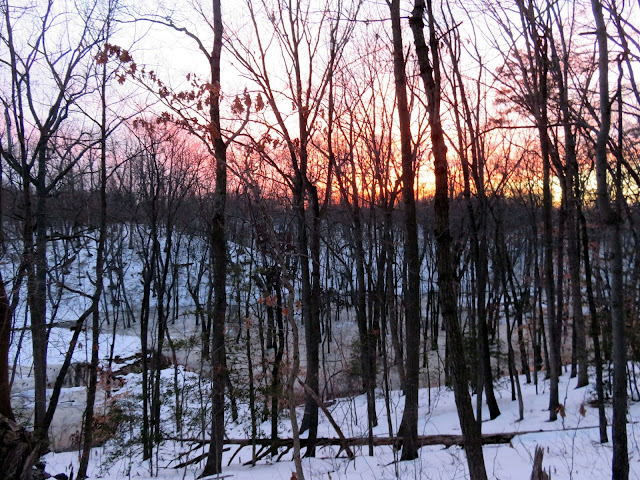