Captiva Surf Fishing Contest: Me Vs. My Six Year Old

I may not be great at catching big fish, or certainly trophy fish.  Heck, at age 42 I have only three citation fish to my name (chain pickerel, black crappie, and spotted bass).   But give me some basic tackle and a tiny bit of local knowledge (seasonal movements of fish, etc.), and I can generally "catch fish" on almost any day.  As a result, I falsely tend to think that I am pretty smart.

One day our little family rolled up to Captiva Island.  Captiva and Sanibel are significantly south of where I normally fish in Florida, and it conditions were less than ideal, so I wasn't expecting much.   After a little driving around, we managed to find some public beach parking.   As I unloaded the saltwater rods from the bed of the truck, my 6-year old son interrupted, "Dad! I wanna take my rod."  Isn't that kind of dedication great!

Until you realize that "his rod" is a 4.0' Bass Pro Crappie Maxx Jr., with the store-bought reel (ouch) still on it.    I handed him the rod, and continued to carry two rods (a clearly unnecessary 10' Tsunami and a more appropriate 7' Shimano combo), knowing, of course, that he'd be needing one of them.

I also noted that The Dude was carrying his tackle bag, which is fine except that the only lures in there are 5,713 colors of Mister Twisters, some Uncle Bucks Panfish Bugs, and some green camo Senkos he thought were "cool."  He ran ahead, because that's what he does. 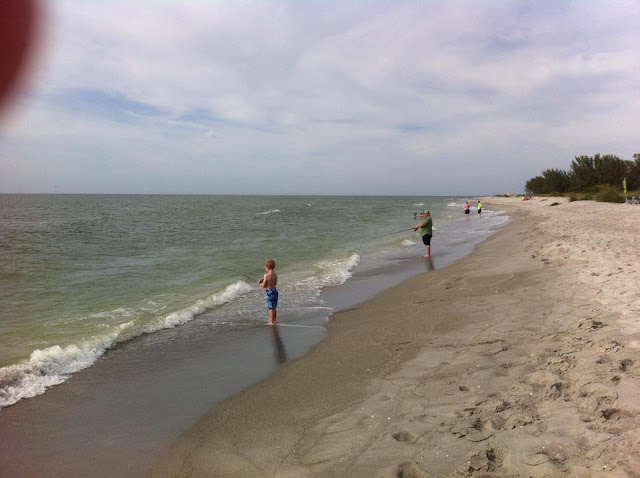 When I finally caught up to him, he had sort of knotted a Beetle Spin onto his line and was picking out a 1" crappie grub (I mean, what?!) to put on it.   I tried to argue against the futility of using a Beetle Spin in the freaking Gulf of Mexico, and that argument failed on its merits.    I did convince him to use a chartreuse powerbait minnow (his favorite color is bright green, so he let that one pass), and when trying to re-do his awful knot, he hollered at me so I said, you know, whatever. 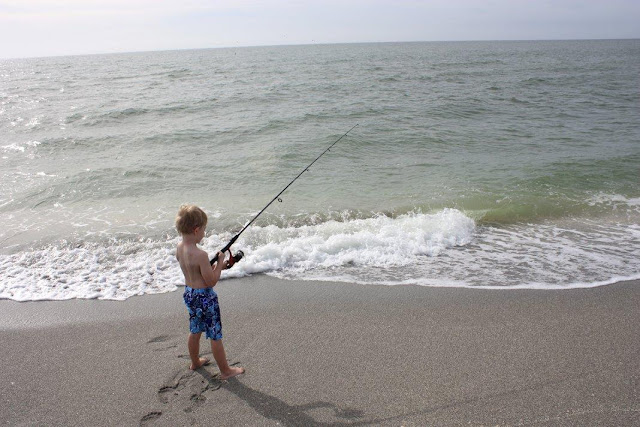 I walked down the beach to bait my perfectly prepared line and terminal tackle, eyeing up a good sandbar offshore.   As soon as my 2 ounce slip weight hit the water, I heard screaming up the beach.  Gulf Kingfish, very close to legal size.  And admittedly, very fat and pretty tasty looking (we released it). 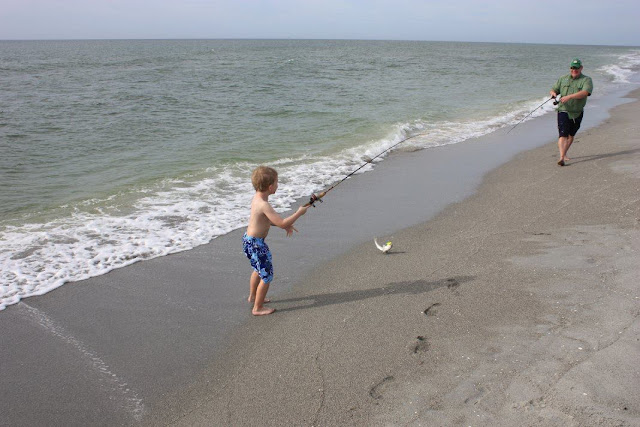 The rod and reel were tossed into the sand (causing me to replace the store reel with a more sturdy Zebco 33) and by the end of the morning, I had still caught nothing.  The boy caught edible fish using a 4' crappie rod with a beetle spin tipped with half of a powerbait.  What in the world. 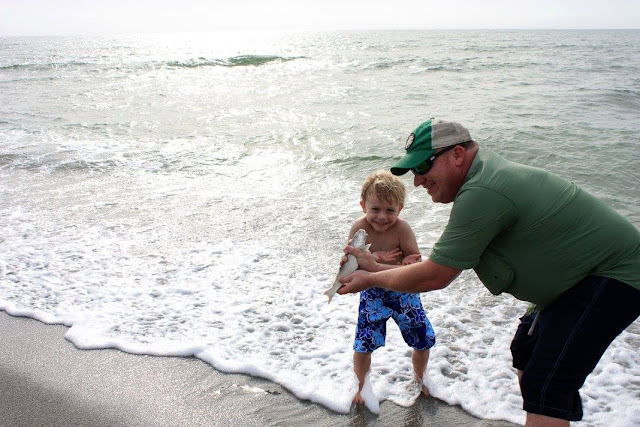 I've been following your blog for a while, very lovely must say. From my side I would like to offer to follow data room due diligence as it might be interesting for you to use this tool.