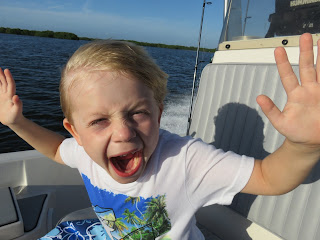 Anyone who's followed this blog over the years knows that my son burns like a blowtorch stuck on full blast.  He's a non-video game playing, swimming, climbing, running fool.  We've fished together since he was about two, and at six, I'd say he's mildly interested in the sport.  Hell, with the summer weather we've had for the last two years (flash floods every four days, separated by massive algae blooms), maybe I'm only mildly interested in the sport myself.   Back to the story, though - what I don't want to do is give him the impression that fishing is work, or that getting skunked is the standard to which anglers should aspire, so I thought I'd take a step back.

During our last trip to Southwest Florida, I decided to (try to) get Big H on some real fish, to get him overwhelmed with catching fish.   For those of you who have fished in Florida....you know.  You know that while this is never guaranteed, it is most certainly possible.  And while I know spend "weeks" per year fishing the state, there is a lot I do not know.   My father in law had a great experience with Capt. Justin at Native Salt Charters, and so I booked a half day.   I knew it wouldn't be cheap, but I was willing to pay to get this one experience for my son on the books.  Thank goodness my father in law picked up part of the tab as well.  Our targets were speckled trout, redfish, and snook, with the outside possibility of hooking up with small tarpon or permit.

Those of you who know me, or have read this blog, know that I have pretty high standards (and high criticism) for guides.  You've read my commentaries about guides' hilarious blog posts that are all, "Yeah, bro, like, you know, clients are the worst.  No one ever gets skunked because of the guide! GUIDES SHIT PURE ZEN WISDOM BRO." My brothers and friends and I have been burned by more fishing and hunting guides in more states than I care to recall.  I've also had a few amazing guides.   So I was curious about how this trip would really go.  Would the guide be a detail-driven prick, yelling at his clients?  A dud who had refused to scout for our trip?  Or the guide who spends more time with his line in the water than his clients do?

Long story short, I was satisfied and impressed by Capt. Justin at Native Salt.  He picked us up at the dock, maybe 90 seconds late (bringing another charter in).  He had already picked up *most* of the bait we'd need, and we rendezvoused with another charter boat en route to get the rest, losing no time in our charter.   I explained to him that the goal was to get Big H on fish, and nothing more, and he seemed to know just where to go. 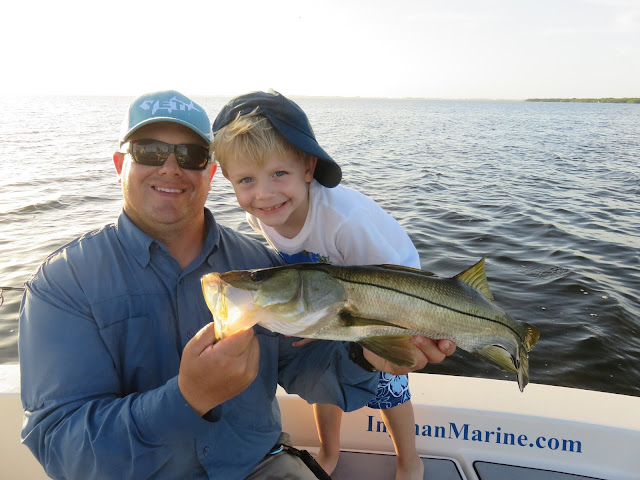 Fishing pressure was heavy and the first two spots we tried on the ripping tide were duds.  Capt. Justin knows the water so well that he maintains a "10 minute rule."  If no bites in 10 minutes, he moves on.    We eventually started to light into some snook.   Capt's first bite showed me what kind of guide we had, he immediately put the rod in my son's hand and backed him up on the retrieve, getting rod position right and helping H out with the reel.   It was what you pay guides for, but rarely receive. 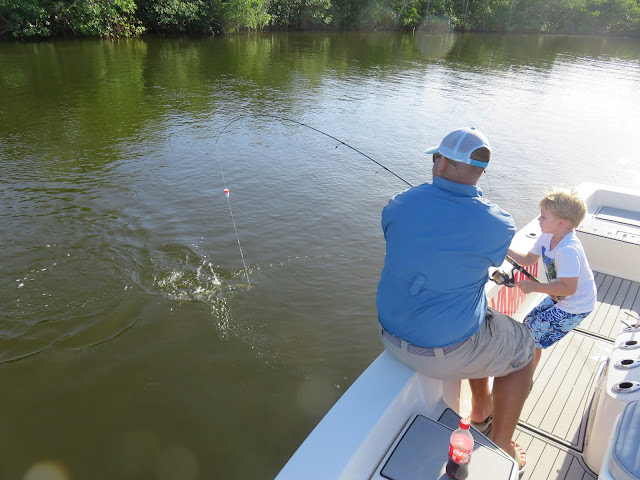 We tooled around a ton of different spots and messed around with live and artificial bait. 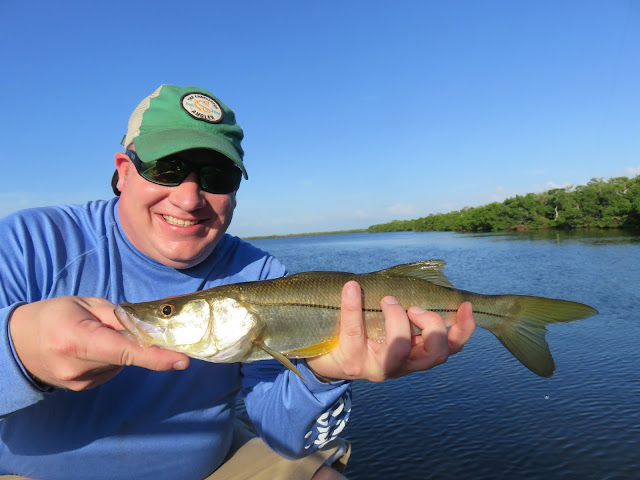 In about 3.5 hours, we ended up catching and releasing 31 snook, with my son landing 17 or so of those fish.   He talked about it for the rest of the trip.   He talked about it when he returned to school.  He asked me the other week "what's that name of the fish we caught in Florida? That was SO FUN."    I don't know what else you need, but I'm a satisfied customer.    Can't wait until our next trip to Florida and our next charter with Native Salt.  I can only afford to do it a few times per year, and I know these guys will help me make it count. 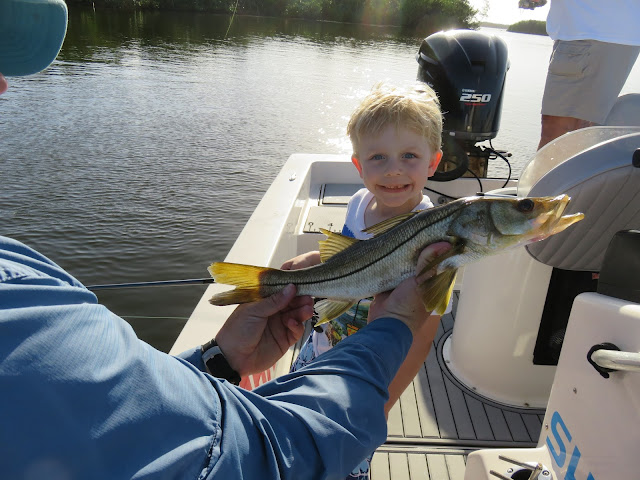 So glad to see you bless us with another post! I only recently stumbled upon your blog but it is by far my favorite. Cheers.

Thanks Raymond, yeah I have been remiss in posting since about halfway through deer season last year. Which is ironic because I've had some great outdoor adventures, new species caught (different Florida trip) and at least one personal record (26.5" chain pickerel).

Several more posts already completed and scheduled in the next few weeks. Check back in!